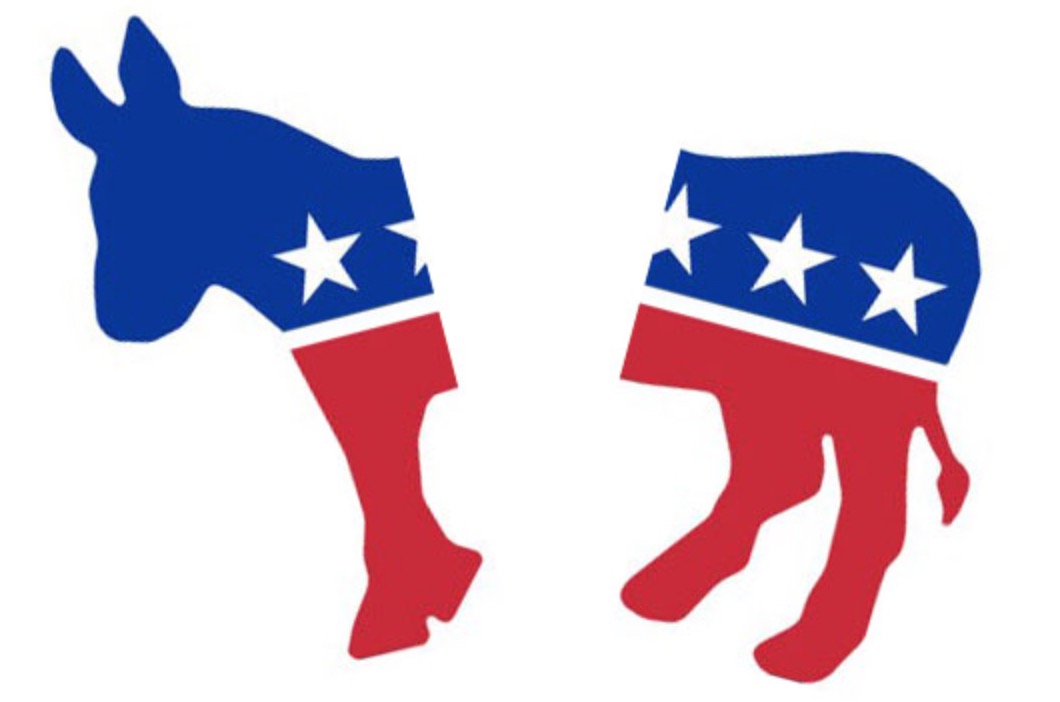 Like their monuments, the Democrat Party must be dismantled

Democrats supported slavery, and in the years leading up to the Civil War, a faction of the Democrat Party left the Party and formed the Republican Party. The new Republicans held their first nominating convention in June of 1856, and in May the violence began in earnest. Just prior to the convention, two Democrat Senators from South Carolina, Preston Brooks and Lawrence Keitt, brutally attacked and nearly killed Charles Sumner, a Republican from Massachusetts on the floor of the Senate with a cane following a passionate anti-slavery speech by Sumner with which they disagreed. One might say these two were the first fascists of the Democrat Party, but they certainly have not been the last.

Democrats seceded from the Union and fought to maintain slavery, ultimately losing in the bloodiest conflict the United States has ever known. Yet even after their defeat, they clung to the principals of white supremacy, and found new ways to prevent freed slaves from obtaining their civil rights as guaranteed by the Constitution. Segregation, Jim Crow laws, and even lynching were tactics employed to ensure the black man would never be equal. The Ku Klux Klan, and later white supremacist and neo-Nazi groups were spawned from within the Democrat Party. In the 1960’s Democrats fought against the Voting Rights Act and the Civil Rights Act.

These are facts of history; the history no longer taught in our schools, but the undeniably true history of our nation none the less. Even so, the Democrat Party of today acts like they had nothing to do with any of this. Even the Germans do not deny their history of the Nazi Party and the Holocaust. I have visited the concentration camp at Dachau, and it is a stark reminder of that past, but it has not been purged from the German memory.

These white supremacists have now been labeled by the Democrat media as “Alt-Right”, but that is nothing more than an attempt to smear President Trump. They do not share a single principal with conservatives or the Republican Party, and all the rhetoric to the contrary is just that.

In recent years we have seen a new violent arm of the Democrat Party come on the scene; the so called Anti-Fascists or ANTIFA. These lawless masked anarchists that confronted the white supremacist nationalists in Charlottesville have a history; Berkley, the 2017 inauguration violence, and numerous gatherings of world leaders such as the G8 and G20 summits, just to name a few. They’re not hard to figure out. Go on Twitter, Face Book, or the web and find their websites. They’re quite frank about their goals to overthrow the government, their hate for the U. S. and capitalism, and their Communist beliefs. They are the fascists who violently stop the speech of anyone they disagree with; particularly conservatives, and they live to violently confront “The Nazis”.

So is it any wonder that when these two groups came together in Charlottesville, violence was the outcome? Without intervention it was predictable and inevitable, and none was provided because the Democrat government officials at the scene were not interested in preventing it.

This is why the Democrat Party, like the monuments it erected and now are so vehemently opposed to, must be dismantled. There is no larger monument to racism and violence in our history than the Democrat Party, and it must not be allowed to continue destroying our nation.

Like their monuments, the Democrat Party must be dismantled was last modified: August 17th, 2017 by Guest Contributor Cam Jones

The Parties never switched sides. That is a Democrat myth designed to absolve them of their sins.

never switched sides – then why do you and YOURS hate all non-whites now?

I hate no one. It appears to me you are the one with hate in your heart.

Wow. Very true, THAT, both Republican and Democratic Parties need tearing down, re-made or thoroughly re-furbished1

Like their Instead of the monuments, the Democrat Party must be dismantled

I stop trying working hard at shopritte and nowadays I am generating $75-$97 each and every hour. How? I am only working over the internet! My employment did not actually make me delighted hence I made the decision to take a chance on something new…after four years it wasn’t simple to drop out my day job however right now I couldn’t be more satisfied.???Read more here…

Either a Swiftian send-up or a truly fascist advocate of monoculture. Hard to imagine an ex-soldier could’ve penned it or that this guy is for real. Who would there be to disagree but for Democrats?

At it’s essence, this is more Nazism, more monopoly thinking. If conservative thinking has a base thought, it is one word: Choice. How sad to hear someone advocate less choice, especially for ideas.

I am for real, and I am a retired soldier, and I am not advocating for less choice. I merely point out the hypocrisy of the left that would try to erase their own violent racist history, and blame it on the other side. They have become worse than the “Nazis” they rail against.

You advocate one less party in a two-party system. Doesn’t that equate to monoculture? How do you pretend “I am not advocating for less choice” when you argue one party should be dismantled? I am beginning to suspect my mistake was taking you seriously and engaging in any exchange here at all. Just found this place, likely will not stay long, so let’s leave you and yours to your delusions.

I should point out that the Fascist ANTIFA and the Democrat Party that embraces them, are the ones who are forcing a monoculture on us. If you dissent or choose to believe something other than that which they approve of, the use violence to stop your speech. Is this what you advocate as choice?

Obviously you have challenges beyond my measure. Enjoy!

There is choice within the Republican Party, as well as the Libertarian view point; neither of which seek absolute control of every aspect of our lives and culture, as does the current Democrat Party. In case you haven’t noticed, these are not your Daddy’s Democrats.

You need a healthy vibrant 2 party system. But the Democrats have moved so far left that you can’t even see them now.

Disagree somewhat. I’d offer that we need a multi-party system, not necessarily limited to two in number.