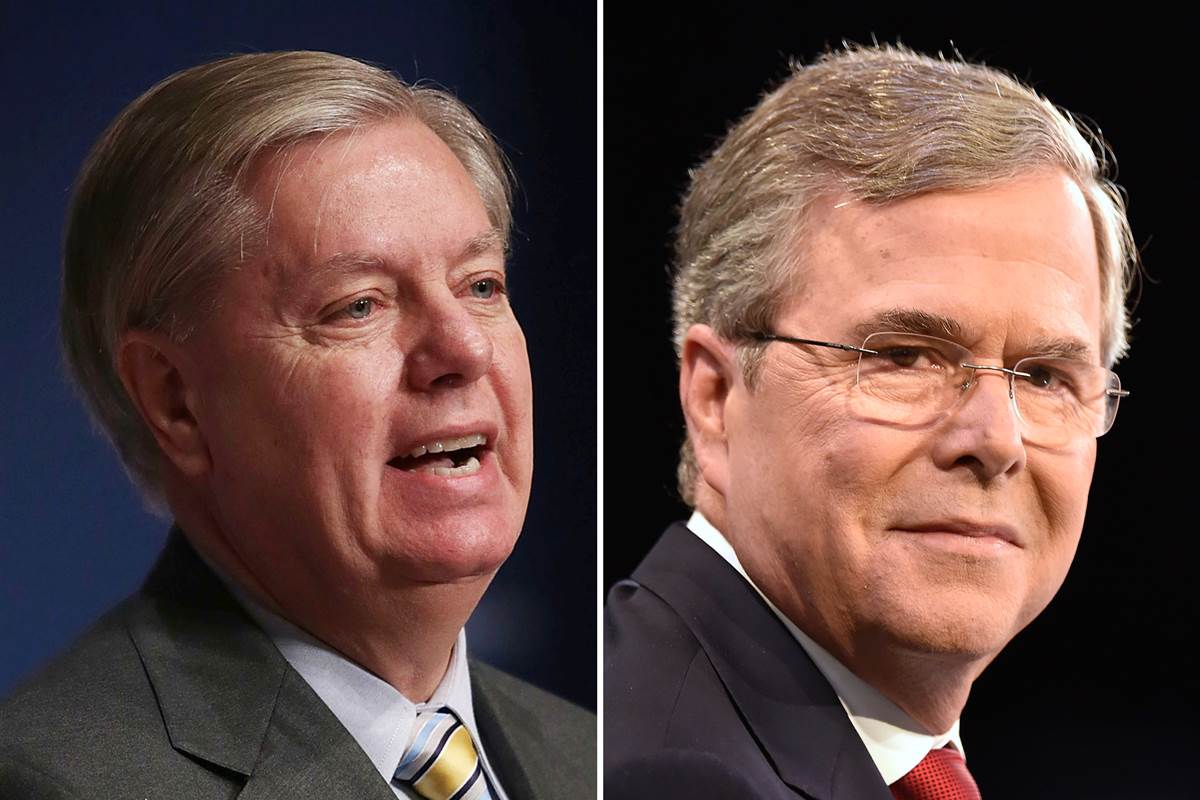 Under the who cares heading, Lindsey Graham endorses Jeb Bush.  Graham is supporting Bush because of his concern for the troops,

“I have concluded without any hesitation, without any doubt that Jeb Bush is ready on day one to be a commander in chief worthy of the sacrifices of the one percent fighting this war,”

No doubt this will provide the kick start that Jeb’s campaign has been waiting for.