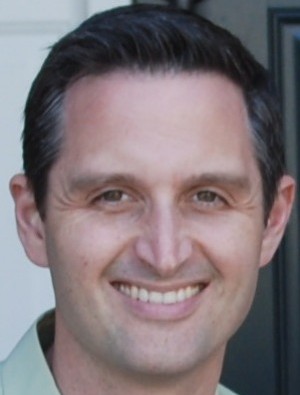 5:24 PM Now we wait for Republicans to again sue their own Party over its governing body’s interpretation of its rules. This is getting tiresome.

5:20 PM Jon Berkley has been found to be have failed to function as a district chairman. One person at the back of the room let out a cheer. On Fauquier, all resolution of appeals have been postponed. Should the Fauquier litigation turn in favor of the Party, the State Central Committee has determined that, in light of all the foot dragging, obfuscation, and skullduggery in carrying out the ruling of the State Central Committee in August, if the current litigation against the Party fails (as it should), the RPV Chairman will be in charge of re-running the Fauquier Canvass. If the lawsuit succeeds, the SCC has essentially washed its hands of the whole mess.

5:07 PM It would be nice to have a State Central Committee meeting without having to decide an appeal of some unit or committee that can’t get its act together. Just once.

4:50 PM I spoke pretty forcefully about the State Central Committee needing to vindicate its authority…when rules are flagrantly broken, when State Central rulings are openly ignored, and when the General Counsel’s binding rulings are blatantly set aside, we must enforce our authority. Mike Thomas follows with discussion about how this vote puts the Party “at great risk.” Voting has begun, by secret ballot.

4:35 PM Debate pro and con, with people talking past each other and missing the point…no one addressing the key question: does a chairman who continuously violates the rules constitute a non-functioning chairman?

4:22 PM Berkley defending himself on what it takes to be considered “functional.” Argues that success of getting Republicans elected is evidence of being functional. Says that everything being brought against him is sour grapes. Unfortunately, that does not address the rules violations that are part of the appeal.

4:19 PM Motion has been made by 5th District SCC Member Chris Shores to remove 5th District Chairman Jon Berkley. Mike Thomas makes the point that removal requires a procedure that hasn’t been followed. Debate proceeds, apparently on the basis that this isn’t a removal, but is instead a finding that Berkley has ceased to function as a District Chairman, which under the Plan only requires a majority vote. Thomas feels (but has yet to argue) that the apparent conflict in these provisions should be interpreted in a way that doesn’t make the stricter provision inapplicable.

4:06 PM Whitbeck quips, “Now, after that message of unity, let’s get on with the agenda,” a sardonic recognition of the ugly business of having to hash out a very contentious set of issues in the 5th District and Fauquier. The 5th District issue is up first.

4:05 PM Whitbeck leads with speech stressing the need to shed the labels (establishment, grassroots, etc.) and instead be Repubicans first. Pledges to give Republicans a reason to be Republicans first.

3:57 PM Wheeler’s letter ends with a refusal to accept the nomination, and instead offering a resounding endorsement of Whitbeck.

3:56 PM Colgate reading a letter from Rev. Wheeler, who makes a moving appeal as the grandson of slaves who is now in a position to fight for freedom.

3:46 PM Succeeding Mullins will be 10th District Chairman John Whitbeck, who is running unopposed. Whitbeck appears to be well positioned to lead, with good standing among all quarters of the Party. Whitbeck is ready and fired-up, and reportedly has already outstripped Pat Mullins on fundraising, even before taking office.

3:43 PM The first order of business before SCC is going to be the election of a new Chairman to replace the retiring Pat Mullins. Immediately prior to the meeting Mullins was given a send-off luncheon to celebrate his service as RPV Chairman, and his prior roles as chairman in Louisa and Fairfax. Speakers included Peter Snyder, Steve Mullins, Ollie North, Eugene Delgaudio, among many others.

Yes I think this vid sums up the state of RPV today. It’s just a damn shame Don Pardot shuffled off this mortal coil. You could’ve gotten him to do the intro for the state central meeting: “It’s RPV liiiiiiiiive!!!! Staaaaaring: idiots…..losers…..and your Chairmaaaaan…..for the party that’s supposed to be all about the sanctity of marriage and traditional family values…..A DIVORCE LAWYER!!!!!!!” Oh God this is just too funny.

Oh and did you hear the one about the Jew, the Polock and the faggot? LOLOLOLOLOLOL

Just keep it coming guys. I’m almost tempted to get rid of cable to watch this entertainment. And you wonder why you’re losing.

Jay, please make an effort to post earlier in the evening when you are a bit less under the influence. Thanks pal.

Oh Hi Jeanine. Yeah. You might want to be careful how you libel people by calling them drunks here on your little worthless blog. Bloggers can and do get sued for defamation. Now don’t get me wrong. I can take it. I’ve known you for years. You’re just a bitter old stupid hag trying to keep up in a blogo-sphere of intellectual giants. Kinda like the slow kid who mistakenly got assigned to the advanced placement classes and is angry because she can’t keep up. And, no, I’m not an intellectual giant. Maybe one day I will become an intellectual giant like Jaime. But for now I must content myself to be a godless sodomite. And, besides, I know you have neither a pot to piss in nor a window out which to throw it, so a lawsuit would result in slim pickins anyway. But one day you’re going to rub the wrong way someone less charitable and understanding than me and my godless sodomite partner and you may find yourself on the business end of a nasty civil proceeding. So you keep that in mind as you toss off libel like Rip Taylor tossing confetti out of a top hat.

It is time for the foot-dragging in Fauquier to end and return the Fauquier Committee to those lifelong Republicans who were pushed out by the Cantorite Demalikes that have taken over the committee (just like in Campbell County). The Fauquier Committee has continually failed to follow their own bylaws and have flat out ignored requests for membership from anyone who has ever vocalized opposition to the PEC and Democrats. Former conservative members were pushed out without any due process or notice AFTER they took their dues and the Committee has failed to address their requests for reinstatement as even Associate Members. New members have applied and no action has been taken on their applications if they have ever spoken out against the PEC. Seems like the Democrat controlled PEC has more sway over the Fauquier Committee rather than the Republicans of Virginia.

I hope the State Central Committee will have the wisdom to ban those who sued the Party from membership in the party for life, if not at least for a reasonable time. I hope the State Central Committee will actually vet the potential new leadership and ensure that any who have donated to Dem candidates or causes over the last 5 years are prohibited from seeking membership until after they have both met the 5 year window and have contributed an equal amount to Republican candidates and causes as contrition. Kind of hard to call yourself a Republican when you are giving the majority of your donations to Democrats or Democrat causes (yes, the PEC is a Democrat cause) which is then funneled to Democrat candidates.

The shenanigans of the Cantorite Demalikes who took over the Fauquier Committee have turned off many dedicated Republicans and limited membership to keep the Committee ineffective. Time for a leader who will grow the Fauquier Committee and time for a new leadership team that will actually work to grow the Committee with Republicans instead of Independents or Democrats. We definitely need a new Membership Chair, at least one who will actually take action on all applications for membership equitably and ensure the process is followed for all equally. At least be kind enough to give a report to the Membership of the members, attendance, open positions, and drive to increase membership rather than limit to those who embrace the PEC.

Living next door to Fauquier County I can’t claim I have real first hand internal knowledge of the actions of the Committee itself but between the ongoing outrageous actions of PEC that seem to continue on unchecked and the word of mouth stories of the clubby nature of the committee itself it would seem long past time to reign this situation in. Why has the State Central Committee let this linger?

Steve, any chance that the Republican Party will ever acknowledge the right of the middle-class to exist?

If Berkely had been a better fundraiser, one only knows…….

He raised lots of money. That was never the issue. The Republican party wants MORE people in the middle class and out of poverty.

a secret vote? sounds like the Dems in Congress. how bout that SCC–spreading that exclusion all over the Commonwealth

I thought the same thing but later learned there were very valid reasons for the secret vote.

Why don’t you (or Steve) tell us about them?

I wish we could share that information but we cannot.

If someone drops me an anonymous tip and gives me a way to source it, I’ll publish it.

That is great news regarding Jon Berkley. My question is, what happens next? At what point will he be removed?

He is already removed. Bill Stanley is the interim chairman, and there are currently no officers for the Fifth District. Officer elections (including the election of one and only one vice chair) must occur at the Fifth District’s first meeting after this afternoon’s SCC meeting.

What about the Party Plan amendments?

Tabled until next meeting for more study.

Curtis Colgate nominates a guy while he’s holding a letter from that guy saying he won’t accept the nomination. Wouldn’t it have been less of a waste of time to simply say “Hey, we’ve got a black guy!” instead of going through all of that crap?

Well see, it’s kind of like that tinkling on people’s legs that goes on in the GA when they issue proclamations and atta boys for their buddies, who wouldn’t even be known, except they donated the most time, money, or BS spreading to get some politician elected. If it’s good enough for politicians why isn’t it good enough for the Party too?

Thank you for doing this!!