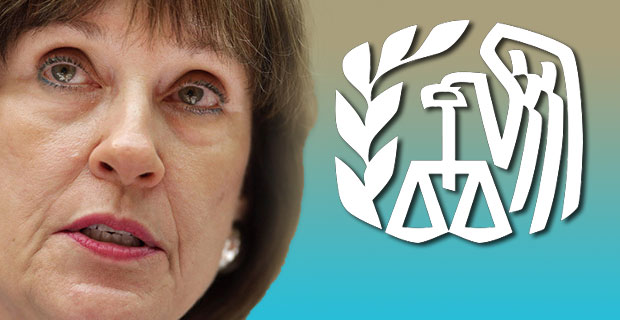 On October 5, the same day the Supreme Court opens its term, across town at the Washington Marriott Georgetown a group of bureaucrats that has lost four times before that court will huddle in a three-day meeting open only one day to the public or the people and entities they regulate.

Unless you are a lawyer representing nonprofit organizations, it’s unlikely you’ve ever heard of NASCO, which is the National Association of State Charity Officials. These are state officials who work together and even collaborate with federal officials to regulate your favorite charities or nonprofit groups advocating for your constitutional rights.

A 2007 letter from NASCO’s then-president Hugh Jones to Lois Lerner describes NASCO as Lerner’s “partner in the regulation of charities.” Especially in retrospect, that’s some admission against interest, as lawyers might say. Lois Lerner, of course, is the now-former IRS official held in contempt of Congress for refusing to testify about how her Tax Exempt Division targeted and abused conservative nonprofit organizations, and illegally disclosed the names and addresses of donors of at least one.

NASCO members wield influence over citizens’ right of private association with causes, the importance of which was described in 1831 by Alexis de Toqueville, and constitutional protections of which were emphasized in the 1958 landmark decision NAACP v. Alabama. They enforce charitable solicitation laws, which are a “prior restraint” on First Amendment rights requiring nonprofits to obtain solicitation licenses in about 4/5ths of the states. Prior restraints are the most dangerous form of regulation of First Amendment rights, and indeed some argue are the most important reason why we have the First Amendment protection of the press. Going back to Blackstone’s 1769 Commentaries, we know prior restraints are dangerous because they are a method for censorship.

To know NASCO is to understand why Mr. Jones’ 2007 letter to Lois Lerner, in which he discusses a “sentiment” for charities to become more transparent, is so typical of NASCO’s hypocrisy about transparency, honesty, and ethics. Their annual conference was once completely closed off from representatives of nonprofit organizations because NASCO did not like being criticized for their questionable and overbearing tactics. Indeed, in his 2007 letter to Ms. Lerner, Jones criticizes “’push back’ from the nonprofit sector.” These bureaucrats do not like criticism from those whom they regulate, and they are effective at chastening their critics.

Jones also cites a concern that charities are not perceived by enough people as “honest and ethical.” The irony of this being raised in a letter to NASCO’s “partner” Lois Lerner should not be lost on anyone. Meanwhile, Gallup reports this month that half of all Americans continue to see government as “an immediate threat” to freedom and rights, and 75 percent perceive corruption in government as widespread. NASCO assuredly won’t be addressing illegalities and corruption of its own members and “partners” at its conference.

What Jones’ letter to Lerner does not complain about is how her revisions to the tax return of nonprofits, called Form 990, buried information about if and how much nonprofit organizations receive in government, taxpayer funding. Form 990 is publicly available, and potential donors sometimes peek at the 990 before giving. Whether nonprofits get government funding, and how much, is a key factor for many potential donors. Indeed, many people perceive that as an indicator of whether nonprofits are truly independent from corrupt government. The current debate about defunding Planned Parenthood is a good example of how the government’s financing of leftwing or controversial causes has become entrenched.

It’s not just that NASCO considered itself a partner with “Dr. Evil” Lois Lerner so much as many of its members act like they’re her “Mini-Me.” Lerner’s IRS was caught violating First Amendment rights of conservatives by demanding such things as the prayers they said at their meetings, and illegally disclosing to hostile blogs the confidential list of donors to the National Organization of Marriage.

It is a common unethical practice employed by many NASCO members to, like Lerner, make demands for actions and production of documents, but refusing to cite legal authority, which gives cover to their lawlessness or even incompetence.  For example, one assistant attorney general sent a “civil investigative demand” for documents. The investigation statute required that she state her “cause” in her demand, which provides a modicum of Fourth Amendment protection. When I asked her to cite her “cause,” she cited to the law requiring her to state her cause. I wrote back suggesting she watch a few episodes of Law & Order to learn the law.

Minnesota Assistant Attorney General Elizabeth Kremenak provides another good example. Charity regulators have authority to investigate misdeeds, of course, but not authority to violate the First or Fourth Amendments. Not only does Kremenak tell charities what to do and what documents to produce, she adamantly refuses even when asked to provide notice of her legal authority for making such demands. Her lack of transparency is unethically designed to shield her violations of First and Fourth Amendment rights, and even her own investigations statute.

Kremenak reports to Minnesota Attorney General Lori Swanson. After reaching a settlement in 2008 with a bank, which directed that a third of a six-figure fine go to the corrupt and now defunct “community organizing” group ACORN, Swanson received a grade of A+ from that group in time for her 2010 election. So, it’s not just censorship of political enemies; these regulators use their positions for payola and cronyism.

The theme of NASCO’s meeting in Washington early next month is “A Renewed Focus on the State Regulator.” A renewed focus is indeed needed, but on their lawlessness, lack of transparency, unethical behavior, and Lois Lerner-like arrogance.

It is a common unethical practice employed by many NASCO members to,
like Lerner, make demands for actions and production of documents, but
refusing to cite legal authority, which gives cover to their lawlessness
or even incompetence.

Don’t be disingenuous, counselor. That’s a common tactic used by all attorneys. Demand more than you have a legal right to, and sometimes the other side will acquiesce out of fear.

That strategy is also used a lot by prosecutors and law enforcement.

Bruce, I hope you’re not saying that because others abuse their authority it’s ok for these people? Because that’s what your argument sounds like.

Not at all. I think that the practice of attorney & prosecutorial overreaching should be sanctioned hard by the court.

Fitzgibbons’ article would have been much better if it had pointed out that trend by all abusers. His attempt to lay this on Lois Lerner by a tangential link was tenuous at best. But my idea isn’t red meat to this readership, and Lois Lerner is. I recognize that.

Two weeks ago, I watched a good friend of mine go down on federal charges. She wasn’t an angel one bit, but she was still a friend. I learned and saw how the federal system uses this power of overreach to destroy the defendant’s opportunities to fight their case in front of a judge.

Yeah, this issue strikes home with me. I couldn’t give a rat’s ass about Lois Lerner now. I’ve seen what the system does to the people I know personally.

Sorry to hear about your friend. Right there with you. Criminal justice reform is one of my central issues. Watch in the next couple of days for an important post on this topic.

Thanks. I look forward to that. Feel free to read my article that I wrote about the case. It was a change of pace from my usual writings.

In this case, I learned that federal sentencing rules penalize you if you decide to go to trial and are found guilty anyway. That’s just counter-intuitive to me.