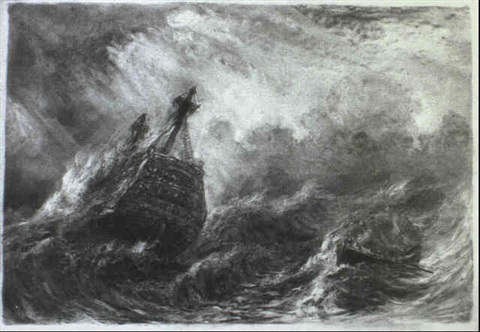 Losing With Dignity; Winning With Courage

Republicans are on the brink of losing statewide offices yet again – if something doesn’t change. Personally, I think this means nominating Denver Riggleman, John Adams, and Glenn Davis; but nominating the “right candidates” is only less than half of the battle. The truth is that Republicans are outnumbered in the commonwealth and if we want to win, then we need to stop doing the same thing over and over again expecting a different result (the definition of insanity).

I’ve been feeling particularly pessimistic of late.  My conversations with Congressmen Dave Brat and Rob Wittman, and Gubernatorial candidate Denver Riggleman are the only moments when I feel any hope at all. In particular, Congressman Wittman is reassuring me that the House is looking for legitimate solutions. I’ve spoken with dozens of conservative Independents who think that Denver Riggleman is the only one that has a shot of bringing Virginia together. Let’s not kid ourselves though – The majority of the TEA Party and conservative activists groups are 100% behind Ed Gillespie.

Despite Republican frustrations with President Donald Trump, I’ve never seen a Congressman work as hard as Rob Wittman to figure out how to turn a campaign agenda into a legislative agenda. Yet, as Democrats flock to the Congressional offices and townhalls of Congessmen Brat, Garrett, and Wittman, where are their supporters? The cameras simply aren’t catching them.

The Democrats would have us believe that there are millions of cancer patients who will die if the ACA is repealed and replaced. What infuriates me is that I’ll probably never be able to work again or experience prosperity if the ACA isn’t repealed. I got cancer and went through the most painful surgery imaginable (according to my surgeons). I’m spending my time out of work bettering myself by earning my Masters Degree in public policy. I’m studying the very bureaucracy that we’re all looking to fix.

Every time I talk to folks like Jim Gilmore, Glenn Davis, and Denver Riggleman, I know that there are fellow Virginians looking to find solutions. Delegate Davis and I don’t always agree, but it’s always the kind of conversation that leaves me feeling hopeful. Denver Riggleman and I agree on almost everything, but he isn’t focused on the philosophical or ideological. He wants to make sure businesses and families can start and grow businesses in the Commonwealth. He wants to make sure that the voters, not the special interests, rule the General Assembly roost.

In the meantime, the Republican Party is ripping itself apart, as if Virginia was Yugoslavia under Slobodan Milošević,  Alija Izetbegović, Ratko Mladić, Radovan Karadžić, and Franjo Tuđman. We’ve fractured and broken ourselves into factions under our own domestic resistance to liberalism and progressive democratic politics.

Chairman John Whitbeck is doing everything in his power to make the centralized party stronger; but what are we doing, besides tearing it apart? While President Trump, Congressman Wittman, and Congressman Brat push for deregulation and tax reform, republicans are reenacting the 2016 primary like it’s a civil war battle.

I haven’t been writing a lot lately, because I’m pretty sure that Virginia Republicans are going to continue slitting one another’s throats until there is no one left to vote or vote for.

If that’s where we are; fine – but let’s stop pretending we’re trying to win elections. Those of us upset at Trump’s election can’t lambaste Republicans who support our President while feigning righteous indignation and pragmatism. Those who love Trump can’t claim to help while trying to push everyone who wasn’t on board in January of 2016 out of the party (Ron, you hear me?).

Do I think Denver Riggleman and John Adams and Glenn Davis can help conservative Republicans in Virginia? Of course I do. Do I think conservative Republicans will help Denver Riggleman, John Adams, and Glenn Davis win their primaries and general elections? Of course not. This isn’t criticism. This is honesty. This is love. I love the Republican Party and I hate everything that harms it; and we’re the ones doing the most harm right now. Not Cantor. Not Boehner. Not Kasich. Not McCain.

Responsibility lies with Speaker Ryan, Majority Leader McConnell, and President Trump – the rest lies with us. We can either come together or we can tear ourselves apart. It’s entirely up to us. I’ve written less and less because I don’t believe we’re going to make the right choice. I hope I’m wrong. Virginia, show me that I’m wrong.