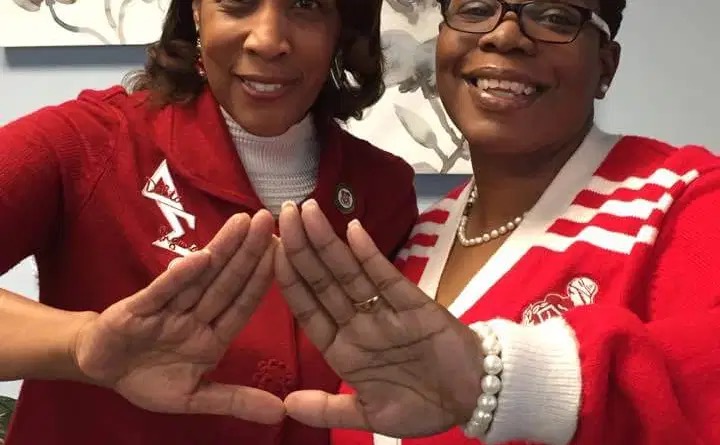 Loudoun Chair hires an embezzler for her chief of staff

You have a thief in your midst. Of course you already knew this and were hoping to keep it under wraps until your Chief of Staff and her husband were arrested and frog marched for embezzling $150,000.00 from a Black sorority.

So, Phyllis hires her Bestie and fellow Sorority Sister only to have that person end up being a crook , an embezzler, a liar , a deceiver, this is who was at the helm of the Chairwoman’s office and daily operations, a woman who steals from her own fraternal organization.

I gotta ask Phyllis, what other really bad decisions have you made as Chairwoman? How long did you know your Chief of Staff was a crook? It was you and you alone who hired the embezzler.

When you read the story in the Washington Post please note that they never disclose that the crooked embezzler Jeanine Henderson Arnett, was Phyllis Randall’s Chief of Staff. No mention of Randall, no mention that it was Randall who first hired Jeanine Arnett to work for Loudoun County. No public statements of remorse, no admission of guilt, on behalf of Randall or anyone in County Government. Man, it’s great to be a Democrat, isn’t it? You can fail upward all day long, you can cheat, steal, embezzle, and the press will protect and defend at all costs. All you have to do is pretend nothing happened and the rest gets cleaned up on your behalf.

Let me ask you this Chair Randall has your office, County administration, Sheriff’s Office, or the office of the Commonwealth Attorney done an investigation into Jeanine Arnett’s activities while employed by the county? Did she have access to taxpayers’ money in any form or fashion? Because if she can steal from a sorority for which she was a member, she can sure as hell steal from the taxpayers of Loudoun County.

Phyllis Randall this is an integrity check on your part and so far you are failing miserably. Those of you who voted in this mess all I can say is, Suckers!

Update to this sad story, not only did Phyllis Randall hire this thief once, but she hired her again after she was “Released” by the Sorority for embezzlement. According to this article, the Sorority upon discovering she was a thief, provided her a severance package. Now the details of this package aren’t disclosed but if they gave her one dime it was ten cents too much. (Another article on the story here.)

So maybe her criminal friend lied to her , who knows , but it seems Phyllis was more interested in cronyism, than Due diligence and investigation.

I get it the first time she hired her friend, cronyism exists. However, hiring this person a second time post embezzlement is a troubling turn of events. It seems Phyllis is more interested in providing her friend a job after being “ let go” than finding why she was shown the door. Where was her intellectual curiosity? Why did she not reach out to the Sorority and investigate the reason for her friend’s departure?

Phyllis Randall put the operations of her publicly funded office at risk. Her blind devotion to her friend and sorority sister trumped sound hiring practices and good governance.

She can act surprised, explain away the issue all she wants, but this was a major breakdown of the public’s trust and she has to own it, and explain to taxpayers of Loudoun County how she allowed this to happen on her watch.

Loudoun Chair hires an embezzler for her chief of staff was last modified: April 30th, 2021 by Greg Stone