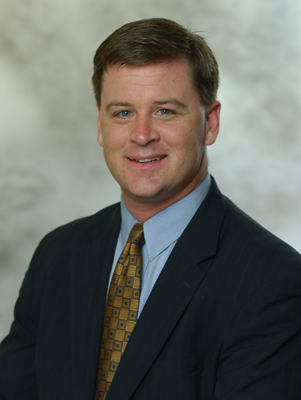 Jim Plowman, the Commonwealth Attorney for Loudoun County, has asked the Governor for the names of convicted felons who have registered to vote in Loudoun because he has concerns about them being selected for jury duty.

“It’s insulting to victims,” Plowman said, “especially in very sensitive cases, to have someone who has committed that crime sit in judgment of the person who has wronged you. I don’t think it’s fair for a child victim if I’ve got a sex offender sitting on the jury.”

Governor McAuliffe has refused to give Jim Plowman the names of felons, despite his freedom of Information Request, with the excuse that the information constitutes the Governor’s “working papers” and therefore excluded from FOIA requests.

Plowman said he did not oppose restoration of rights to all felons, but he also noted that many of those restored by McAuliffe “have not paid their debt to society. Many have not paid their fines or often have not made restitution to victims.” He also said those on “unsupervised probation” still face possible prison time if they violate probation, yet also were restored by McAuliffe.

Plowman said he was not motivated by politics, and said he offered to keep the list for use by prosecutor’s offices only. He said he was not presuming bias by restored felons, but “certainly it’s a significant factor I’m going to consider” in jury selection. “I would assume there’s a greater chance that someone convicted of a major crime would be more sympathetic to someone on trial for a major crime, than someone who has not.” He noted that in the pending murder trial of Ashburn business owner Braulio Castillo, 300 potential jurors were summoned and his prosecutors did not have time to check the backgrounds of all of them.

In the meantime leaders in the General Assembly have filed a complaint with the Virginia Supreme Court to reverse McAuliffe’s action restoring voting rights to all 206,000 convicted felons in Virginia.

Loudoun Commonwealth Attorney Requests Names of Convicted Felons Who May Now Serve on Juries–McAuliffe Refuses was last modified: May 29th, 2016 by Jeanine Martin

if any of y’all are heading to the Virginia War Memorial at 1000, I’ll be there along with my father and others from the MOPH laying the MOPH wreath. We’re just hoping Crooked Terry’s speech won’t be too long-winded. on the last Veteran’s Day, that radical sob Julian Castro was a guest speaker. he better not become our next veep. same with Terry, for that matter. the best he could ever do is rat out the clinton crime syndicate

wow, any chance of you focusing on one topic at a time? Memorial Day, McAuliffe, Clinton, Castro, overly long speeches, the presidential race, crime, – that is quite a list, even for you

would you prefer I start using burst transmissions via satellite?

or how about just pick one rant at a time. too hard to follow what you are mad at.

Well I do appreciate you taking the time and effort to read my comments! I’m just a bit perplexed and to who required you to read them?

I did not know that I needed permission or an assignment to peruse this site. Also, everyone should accept criticism when they post online. In this case, your past ranting caught up with your current thinking resulting in a flow of anti-dem ooze that is hardly comprehensible.

As for denoting my comments as “anti-dem”, you are much too kind. If you only knew to what degree I detest and pity dem all voters. I only rarely discuss politics with the handful of my extended family who are dems, out of courtesy to the fact they are family. Even if their ideology is chosen purely out of naivete and false conclusions. Taking things up a notch, I pretty much outright hate their leadership, office holders, and candidates.

You have no idea how many millions of Americans are ready to render them a permanent political minority. We finally have the first candidate since Reagan, who can galvanize a huge Republican turnout and big tent of voters who often wouldn’t even entertain the thought of voting GOP. This is the Trump Effect. I plan on being at the spearhead of that, during this campaign season. This will be the most active I’ve been in an election yet; and this is someone who in his dozen years as an adult has done plenty of political activities. Not to mention, time as paid and volunteer roles. When we win, and win big we shall, I plan on gloating quite a bit. This is going to be phenomenal and revolutionary counterattack at the ballot box and electoral college.

To the America-hating elements that have run down the way of life my ancestors built first in colonial Virginia (starting in 1635), then the Great American Republic: you are going to hear from us loudly. Your tears and spittle from your crippling defeat will grease our treads as we roll back the damage you have done. I cannot wait, and my conscience will be more clear than ever before. For I know I am defending my birthright as an American Citizen and Veteran. That is all.