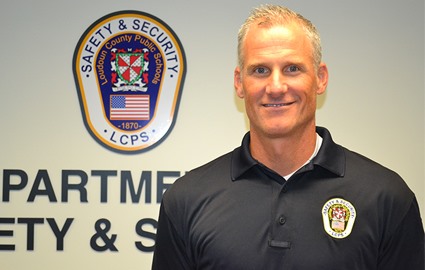 An email sent by Loudoun County Public Schools Director of Safety and Security John Clark to the district’s principals and viewed by the Washington Examiner shows Clark outlined a series of steps they should take to enforce the district’s mask mandate, including how to obtain a warrant from a magistrate and limiting parental access to school buildings.

Clark told Loudoun’s principals that the Loudoun Police Department and the Loudoun County Sheriff’s Office had informed the district that they would not “enforce a suspension letter/no trespass without a trespass summons/warrant being issued from a magistrate.”

Loudoun Sheriff Mike Chapman is our last line of defense to protect parents and students.

Clark went on to say:

“Parents should only be admitted at your discretion,” Clark said, and he recommended schools establish “outdoor parent gathering areas,” bring students to parents picking them up, and restrict used entrances to “help staff control potential incoming adults.”

“While parents have certain educational rights they do NOT have the right to enter your school without proper vetting and permission,” Clark wrote.

So a parent cannot go into a school and remove their 7-year-old child? Parents will be put into some kind of outside holding area? Where else can your child be and you are not allowed entry? This is outrageous, but typical of LCPS.

Who do they think pays to build these schools and pays their salaries? The schools belong to the parents and taxpayers of Loudoun County but they are not allowed entry without vetting and the principal’s permission.

Loudoun county principals coached on how to get warrants for unmasked students and outdoor holding pens for parents was last modified: February 7th, 2022 by Jeanine Martin

On the subject of schools… after the schools went into maximum panic mode and shut down to go online for a year and a half… it begs the question as to whether they are necessary; especially at the high school level. Wouldn’t an online study be better than most of what students get at the local high school since that was acceptable for the past two years anyway. A lot of teachers are of very poor quality… and on line the parents could chose not to have their children learn about oh… the 1619 version of history… literature like Lawn Mower Boy… field trips to tranny bars (happened in California)… teachers convincing them that they really want to be a boy or a girl…
Most of the high school day is just wasted in complete boredom… So go on line with the potential for this to actually be better.

Vouchers are a long needed necessity.

Absolutely. However, with vouchers, there should be no government strings attached to “protect the kids”. The government strings have a tendency to grow and will eventually destroy the best of any voucher system. Politicians are control freaks so they must be watched or we end up where we are today but a few decades later.

not outrageous at all………….orderly, controlled, safety for all

Totalitarian thinking as always. Can’t let freedom reign can you? It is far too messy and there are too many people who abuse it. Why only approved rioters like BLM and ANTIFA are acceptable – or illegals running the border.

oh, get off the freaking Antifa thing……..good God

Special thanks to Sheriff Mike Chapman (R) for telling the wackos at LCPS that he won’t support their lunacy.

We need real School Choice. Not a few more government charter schools. Real School Choice, where empowered parents can send their children to an alternative public, charter, private, parochial, or home school of their choice.

HB 982 has been referred to the House Education Committee, and Chairman Glenn Davis needs to hear from you! Visit https://www.educationalfreedom.org/

I couldn’t agree more, vouchers are the only way to go. This government school monopoly and their stranglehold on our children must end. Let the money go with the child and let public schools compete for their students just like every private school. It’s better for families, students and it would be much cheaper too. Think how many more schools would spring up to meet the needs of a variety of students. We could have TJHSST schools all over!

The left always likes to point out the few failures of voucher schools, but about 95% are a success because they satisfy both the parent and the child needs. Most of the failures have been as a result of mismanagement not criminal behavior. So go educational freedom.

You have all sorts of choices. There is no monopoly. Youngkin doesn’t send his kids to public schools. The schools they attend DO, however, require masks