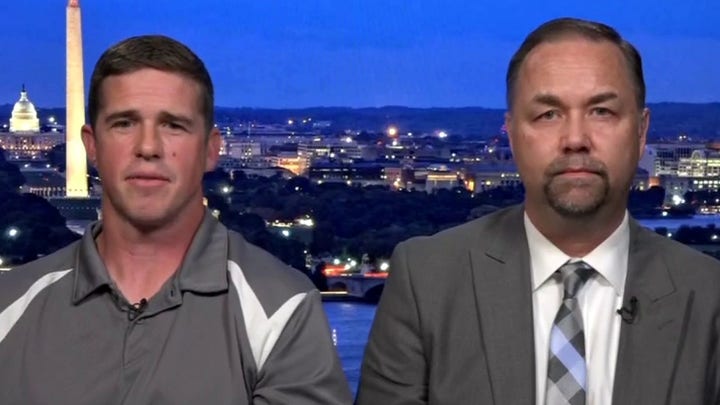 It comes as no surprise that LCPS is appealing the court’s decision in the case of teacher Tanner Cross. On Tuesday Circuit Court Judge James Plowman ruled that Loudoun schools had to immediately reinstate the suspended teacher.

In their appeal LCPS said the school system,

respectfully disagrees with the Circuit Court’s decision to issue the injunction, and it is appealing this ruling to the Supreme Court of Virginia.

respects the rights of public-school employees to free speech and free exercise of religion, those rights do not outweigh the rights of students to be educated in a supportive and nurturing environment.

“Leesburg Elementary School and Loudoun County Public Schools experienced–and continue to experience–significant disruption since the May 25 School Board meeting during which Cross addressed the board,” the district said in a statement. “Many students and parents at Leesburg Elementary have expressed fear, hurt and disappointment about coming to school.”

(In court FCPS said 6 people had written the school to complain. Doesn’t sound like a ‘significant disruption’.)

Read more on the story here and here.

What is it with Republicans wanting to look at kids’ genitals? Why is it when the word “Republican” is sounded, we all think “Pervert”?

It’s sick. So, so sick. But that’s what Republicans are all about these days: inspecting children’s genitals. It’s pretty much all they talk about—when they’re not talking about Mr. Potato Head and his starchy, androgynous genitalia.

They’re so into it, in fact, they’ve passed bills that would allow them to scrutinize any child who wants to participate in girls’ sports but doesn’t strictly adhere to what a Republican thinks a girl should look like. And the only way to make sure said child is actually flouting the genitalia gendarmes is to line them up for inspection, tout de suite.

This is true. This is what Republicans are doing in order to advance their girls’ sports purity campaigns. (As we all know, Republicans are huge advocates of girls’ and women’s sports.) Clearly, cis boys across the country are lining up left and right for a chance to pass themselves off as girls, as it’s a great way to compete at a high level or find an affordable apartment where they can live their lives in incognito bliss with Peter Scolari and Tom Hanks.

Under a new ban on transgender students in sports passed by Florida’s House of Representatives, schools would have the power to subject students to “physical examination” if their gender is disputed.

The “Fairness in Women’s Sports Act” bans transgender female athletes from competing on women’s athletic teams in both high school and college sports, although transgender male athletes may still compete on either team. In cases where a student’s “biological sex” is disputed, the law authorizes schools to require health examinations or documentation from the student’s personal health care provider.

So that’s what Florida Republicans were doing in April instead of controlling the pandemic, boosting the economy, or shoving dangerous insurrectionist Donald Trump out to sea on a dead manatee with nothing but a knife, a fork, a bottle of A-1 steak sauce, and a quart of freshly squeezed aardvark milk (you know, to give him a fighting chance). Oh, and of course, Florida Gov. Ron DeSantis signed this blazing pile of poo into law—on the first day of Pride Month, no less.

To be fair, they took the genital-inspecting provision out before DeSantis signed it. But that doesn’t mean they weren’t still thinking about it. After all, Idaho Republicans passed their anti-trans law this spring with a genital inspection provision.

The law includes a provision that allows for anyone to file a claim questioning the sex of an athlete. The adjudication process could lead to sex testing that would allow for genital exams, genetic testing and hormone testing.

I am not surprised that democrats like you support perversion and corruption. Your comment is pure anti-woman bigotry and racist as well.

Isn’t it wonderful how The Radical Left deludes themselves that their anti-woman and racist policies in public schools are somehow the height of virtue?

You have to wonder how anyone can be proud of perversion. The word “pride” is obviously being corrupted for political purposes.

“What is it with Republicans wanting to look at kids’ genitals? Why is it when the word “Republican” is sounded, we all think “Pervert”?”

In case you have not heard — which is likely — here are some recent events.

On the same night Trump made his 85-minute-long speech to the NC GOP, the Party conducted a straw poll for the NC Senate election this fall. The guy Trump supported came in a very distant second to the Party favorite. The Party did not announce the results of the straw poll to keep from pissing off Trump.

The Trump children have fallen into a dark hole where no one wants their autograph, no one is begging them to come speak, and they are looking at huge legal bills.

Meanwhile, Merrick Garland is doubling the size of the DOJ Voting Rights Division in preparation for overturning Republican state legislation that is attempting to take away the right to vote for certain people (you know, those people.)

Read all that and more here:
http://liberalsoutherner.com/

This weekend, the Baltimore Police Department (BPD) closed down multiple city streets around the Inner Harbor, in a stretch called “Fells Point,” after dozens of local businesses threatened the new city government, run by Mayor Brandon Scott, to not pay taxes because they’re “fed up and frustrated” with the outburst of violence.

Last week, 37 restaurants and small businesses sent a letter to the mayor’s office titled “Letter to City Leaders From Fells Point Business Leaders.” They threatened to stop paying city taxes and other fees until “basic and essential municipal services are restored.” This comes as Madam State’s Attorney Marilyn Mosby halted petty crimes during the pandemic and made such a measure permanent – the idea was to decrease violent crime, but that seems to have severely backfired.

Withholding taxes at all levels of government does work. Without money, politicians enact laws which cannot be enforced. Let the mayor of Baltimore put all the business owners in jail and the money dries up. The same can be done with states by threatening secession and having the county put all funds in an escrow. At the federal level, don’t pay taxes quarterly and don’t pay penalties or interest.

Let’s see if I understand this: Tanner Cross is a public school teacher who professes to be a “christian” but who, in fact, takes great joy in belittling, mocking and lying to the most vulnerable of his students. Which is what we have come to expect from “christians”. No wonder church attendance — especially in the biblethumping churches — is plummeting and the Southern Baptist Convention is headed for a schism.

I guess he’s following the teachings of Jesus who instructed us to “Suffer the little children and let them come to me as long as they are straight and don’t want to argue with me.”

The churches are declining exactly because of people like you pushing perversion. If public school teachers had any morals, they would walk out in defense of Tanner Cross rather than abusing children to satisfy the LGBTQ thuggery.

Your comment is an example of “projection” — that is, you take yourself and your actions and project that behavior onto others.

IN FACT, I am part of the reason that my little rural church is still alive as the end of the pandemic approaches. You se, when we were unable to hold in-person services, I’m the one who coughed up about $1,000 for the video, audio and computer equipment to allow us to live stream our services. I’m the one who showed up at 100% of the Sundays to set up the equipment and stream our pastor, pianist and choir director as we streamed our services.

Too bad that you dumped church with the lame excuse about not wanting to be in a crowd.

This has nothing to do with my comment or with the reality of church decline across America. You seem to think that Christians advocating for the moral principles of Christianity are responsible for the decline. Not even a good deflection just lies.

Meanwhile, the Southern Baptist Convention is headed for a schism.

“belittling, mocking and lying to the most vulnerable of his students.”
Pretty serious charges. Any proof, or is that how you describe someone sticking up for girls who don’t want t ocompete against boys or have to get undressed in front of them?

The LCPS marxists intend to harass Tanner Cross to make an example of him and intimidate other teachers. if the teachers had any morals, they would walk out and demand the school board resign.

The solution is to get rid of the school board and make sure the individuals who promoted this insanity never serve again in any government capacity. In addition, get rid of the public school system as it has obviously become a political instrument – replace it with vouchers that follow the child.

Good luck with that. Here in The People’s Republic of Arlington the Teachers’ Association gets to annoint whoever the party endorses, and in this county the only race is the primary – the General is a coronation. The Dems pick the school board members and the school board only gets nominated if they are friendly to the teachers. Viscious cycle.