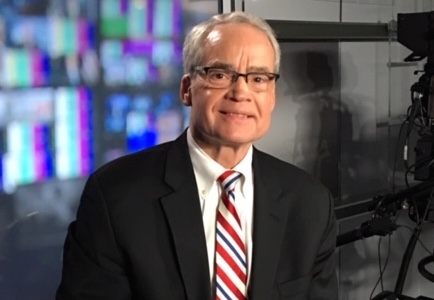 Supervisor Geary Higgins running for Senate in the 13th district

“Almost every important issue facing residents in Loudoun and Prince William Counties deals with quality of life – high quality schools, less traffic, low crime, low taxes and protection of our liberties,” said Higgins.  “As an eight-year Supervisor, Chair of the Transportation and Land Use Committee and previous Co-Chair of the Joint School Board – Board of Supervisors Committee, I have the experience and track record of making government work for our residents not against them. I am running to take my experience and leadership to Richmond on behalf of the residents in Loudoun and Prince William Counties.”

“Our budget process is one of the most important issues we deal with on the Board,” said Higgins.  I am proud to say that since my election in 2012, I have been able to work with my Republican colleagues to reduce the tax rate on residents by $0.20 (cents).  Just last year our Board lowered the tax rate by four cents and were still able to increase school spending by 6.6%. I am anxious to take this experience to Richmond on behalf of Loudoun and Prince William residents.”

“I give Geary Higgins my strongest endorsement for the 13th Senate District.  Geary Higgins has demonstrated his commitment to defending the unborn and protecting the Second Amendment.  He is a conservative statesman who will lead the Republicans to victory in November.” – Senator Dick Black, 13th District

“Geary Higgins has the governmental experience as a Supervisor and the private experience in resolving disputes for business organizations to prudently serve the citizens of the 13th Senate District. Geary is clear and candid. He knows that rights come from our Creator, and the first of these is the right to life for the innocent, from conception to natural death.”  -(former) Delegate Bob Marshall, Prince William County

“I know Geary personally and professionally.  You will not find a better public servant than Geary Higgins.  He is fair, gets results and has a great amount of integrity. His love and passion for history has been a gift to Loudoun given his support of the Loudoun Museum, Balls Bluff Battlefield, Waterford Foundation and Loudoun County’s new State Park.” –  The Honorable Randy Minchew, Candidate and Former Delegate for Virginia 10th House of Delegates District

“I have seen and worked with Geary for many years.  He has always looked out for the taxpayer and the County’s fiscal health.  I know he will do the same in Richmond.” – Roger Zurn, Loudoun County Treasurer 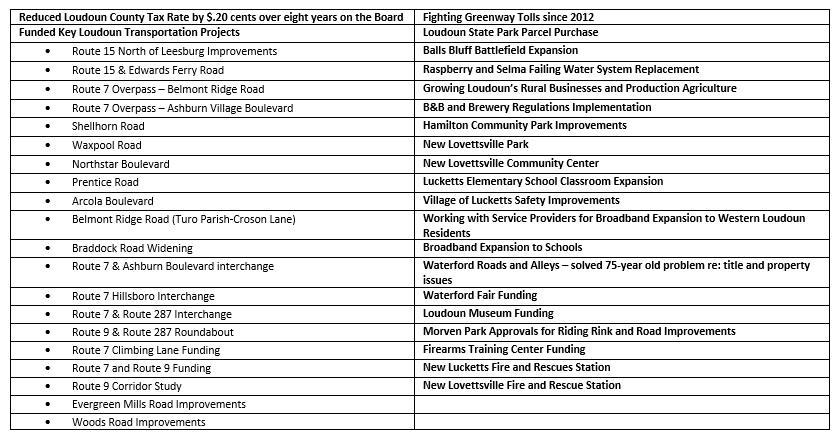 Geary M. Higgins was elected to represent the Catoctin District on the Board of Supervisors in November 2011 and re-elected in 2015. The Catoctin District encompasses a large portion of Western and all Northern Loudoun including Lovettsville, Lucketts, Neersville, Waterford, Paeonian Springs, Hamilton, Taylorstown, and areas adjacent to Purcellville and Leesburg. Higgins serves as Chair of the Board’s Transportation and Land Use Committee and is a member of the Joint Board of Supervisors/School Board Committee, having previously served as co-chair of that committee. He is one of two of the Board’s representatives on the Northern Virginia Regional Commission and serves as the Board’s representative on the Loudoun County Agricultural District Advisory Committee and the Annexation Area Development Policy Committee.

A graduate of Clarion University in Clarion, Pennsylvania, he received a Business Administration degree, with a double major in management and marketing. He attended college on an athletic scholarship for wrestling. He is the Vice President of Labor Relations for NECA, Inc. in Bethesda, Maryland.  In that capacity, he serves on numerous industry-related educational and training boards and as a healthcare and pension trustee. He is also an arbitrator for the Council on Industrial Relations.

He was born in Baltimore and grew up in Montgomery County, Maryland. He and his wife Gail moved to Loudoun County in 1977 and live in Waterford. They attend church at the Cornerstone Chapel in Leesburg and have three daughters who graduated from Loudoun Valley High School – Melissa, Megan, and Molly. They have four grandsons:  Noah, Nathan, Marshall and Michael.