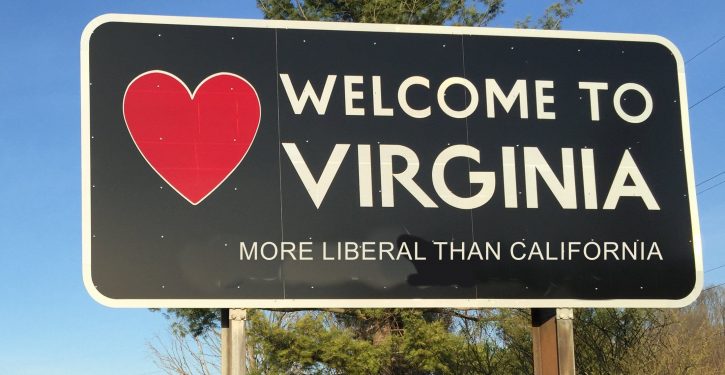 The Loudoun County Public Schools are planning to impose illegal racial preferences in student discipline, and have already made changes to school admission policies that are being challenged in court. They also plan to restrict teachers’ out-of-school speech, by punishing them for speech that disagrees with school policies, and by punishing teachers who fail to report such speech by their peers. These speech restrictions are vague, viewpoint-discriminatory, and violate the First Amendment. Some of the speech they restrict is also protected against discipline by civil-rights laws. Yet, they may be adopted on October 12.

The schools’ “Action Plans to Combat Systemic Racism” focus on the “disruption and dismantling” of school systems, such as discipline, that fail to generate “equitable outcomes.” “Equitable outcomes” does not mean equal treatment, but rather, each racial group receiving the same statistical outcome. For example, discipline processes that lead to a higher proportion of one racial group being disciplined than another are not considered “equitable” even if each individual student is treated the same.

The Action Plans, which will likely be formally approved this month, say “LCPS will implement measures to reduce racial/ethnicity discipline disproportionality.” That includes the “Development and provision of ongoing interventions for Black and Hispanic students who are engaging in behaviors that might lead to suspensions.” So Black and Hispanic students will be given opportunities to avoid suspension that are not available to white or Asian students.

For example, a man was allowed to sue after being disciplined for opposing his employer’s affirmative action policy, even though the policy turned out to be legal. See Sisco v. J.S. Alberici Co. (1981).

Similarly, federal law forbids retaliation against teachers who complain of discrimination against students. See Jackson v. Birmingham Board of Education (2004).

The fact that Loudoun County is seeking to reduce racial “disproportionality” by giving black and Hispanic students special treatment is not a legal justification for it.

“Disproportionality” in discipline is not the same thing as discrimination. As the appeals court in Richmond has explained, such a “disparity does not, by itself, constitute discrimination.” (Belk v. Charlotte-Mecklenburg Board of Education (2001)).

Indeed, banning all disproportionality is an illegal racial quota. Judges struck down a rule that forbade “a school district to refer a higher percentage of minority students than of white students for discipline,” calling that a quota. (See People Who Care v. Rockford Board of Education).

So Loudoun County’s racial preference is not being used to “remedy” discrimination. Disproportionality in discipline is the result of different racial groups having different rates of misbehavior. As education expert Michael Petrilli notes, “In 2015, high school students were asked if they had been in a fight on school property at any time in the past 12 months. African American students were 2.2 times more likely to say yes than white students — 11.4 percent to 5.2 percent.” (Loudoun County’s suspension rates are lowest for Asian, not white, students, an additional sign that the disparities aren’t due to racism or favoritism toward whites).

Loudoun County’s draft “Professional Conduct” policy restricts teachers’ speech. It defines forbidden “discriminatory comments” to include “speech” outside of school that is “motivated in whole or in part by a bias against an individual’s” religion, “sexual orientation,” “gender identity,” “pregnancy,” “childbirth,” “marital status,” etc.  So if a religious teacher, in her own home, criticizes someone for being a devil-worshipper, or for an out-of-wedlock pregnancy, or entering into a same-sex marriage, that could violate the rule. Punishing such expression could violate Virginia religious-freedom laws.

This speech restriction also violates the First Amendment, which does not allow blanket bans on politically-incorrect or even racist speech outside the workplace. For example, the First Amendment protected a cop’s off-duty blackface performances. (See Berger v. Battaglia (1985)). A Fairfax County teacher was allowed to sue after being disciplined for satirizing a discrimination complaint. (See Seemuller v. Fairfax County School Board (1988)). And a professor successfully challenged his punishment over writings that denigrated black people. (Levin v. Harleston (1992)).

The draft policy also bans “any comments” that “are not in alignment with the school division’s commitment to action-oriented equity practices, and which … create a breach in the trust bestowed upon them as an employee of the school division. This includes on-campus and off-campus speech.” Public employees are entitled to express views that “are not in alignment” with the government’s, such as disagreeing with Loudoun County’s controversial focus on “equity” and group outcomes, rather than equal treatment of individuals. Judges ruled that an “assistant fire chief in charge of personnel” could express opinions at odds with “city policy on affirmative action” to a minority group, without being fired. (See Meyers v. City of Cincinnati (1991)).

This policy is incredibly vague. Public employees can’t be punished for their speech under such a vague policy. (See Cohen v. San Bernardino Valley College (1996)).

The draft policy bans speech “undermining the views, positions, goals, policies or public statements of the Loudoun County School Board or its Superintendent when such comments or conduct create the reasonable apprehension of a disruption or disrupt” its efficiency. This is also a viewpoint-based, vague restriction on speech, punishing disagreement with the County’s “views” and “positions.” Two appeals courts say public employers can’t use “disruption” as an excuse for singling out particular viewpoints for punishment. (See Locurto v. Safir (2001); American Postal Workers Union v. U.S. Postal Service (1987)).

This sweeping ban punishes speech that does not cause actual disruption or threaten significant disruption, even though, as judges have noted, the “questions how we teach the young, what we teach them, and the environment in which we teach them are of the most central” importance. Even if such speech were not protected by the First Amendment, it would be protected by the anti-retaliation laws (like Title VI) when it criticizes racial preferences.

That could punish simply quoting someone else’s use of a racial slur, such as by a student or in classic novels by Mark Twain. That violates free speech. Judges ruled a college teacher had the right to use the N word in discussing its historical use. (See Hardy v. Jefferson Community College (2001)).

At the K-12 level,  it is likely that a teacher’s in-class use of the N word in a lecture can be restricted by a school, because the public schools can control the instruction their students receive. But using it for non-racist reasons in other settings, such as out of class, would remain protected by the First Amendment in most cases. Yet such use is forbidden by the proposed policy.