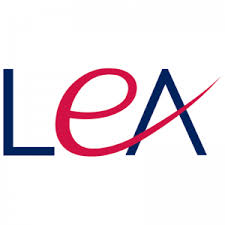 In the other races the union either endorsed a Democrat or no one.Â Delegate Randy Minchew, representing Virginia’s 10th District in House of Delegates, was the one Republican endorsed in Loudoun. (Reminds me of the Washington Post who also endorses one Republican every four years in local elections, most often Delegate Tom Rust.)

first, not a union. second, non-partisan. third, stop being such a tool

Haha, only a Democrat teacher would say that.

Or anyone who actually understands the definition of a union and who has observed the schools here. Why do you insist on lowering the bar on the use of facts and logic?

[…] sector union endorsements, one from the Virginia Police Benevolent Association and one from the Loudoun Education Association.Â  Both of those posts were based on press releases from the campaignsÂ or stories in traditional […]

The LEA endorsement Minchew got is not a good reflection on him, but is instead a reflection on how truly bad his LaRouche Democrat opponent is in the eyes of the LEA.

An arm of the Democratic Party who toss in a Republican occasionally so they can say they are non-partisan.

Yes! They couldn’t be more obvious!