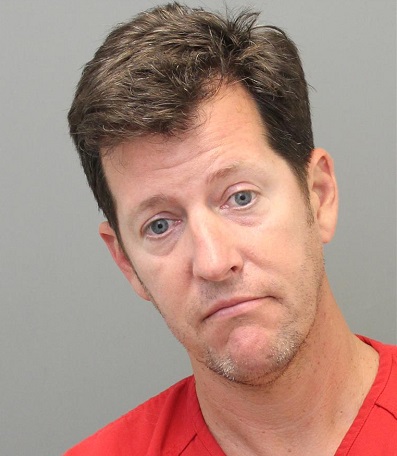 At 1:00am this morning a drunken Shawn Williams pushed his way into his neighbor’s house and assaulted him.  Sheriff deputies arrived and Williams was placed under arrested. Williams was charged with unlawful entry and assault. Williams spent the night in jail and is expected to be released today.

In February The Bull Elephant called for Williams to resign when we learned of his past abuse of a girlfriend, assault on a neighbor, and four DUI charges.  Williams insisted he had reformed, and the Board of Supervisors refused to call for his resignation from the board.  In March we again called for his resignation. Although Williams withdrew his bid for Chairman of the Board, he refused to resign from the board and his close friend Chairman Scott York refused to call for his resignation. Williams is currently serving as the Treasurer of Scott York’s independent campaign for Chairman for the Board.  Williams was allowed to continue serving on the Board of Supervisors, representing the Broad Run district, and serving on York’s campaign, long after it was obvious to everyone that Williams had some very serious problems.

Finally, Chairman York has asked Williams to step down from the board:

“This morning, I was advised that Supervisor Shawn Williams was arrested for an alcohol related incident at or near his home and was taken into custody by the Loudoun County Sheriff’s Office,” York wrote. “Unfortunately, it has become clear that Supervisor Williams has a serious substance abuse problem. At this time, I believe that he should focus full time on getting the help that he needs. While the Board does not have the authority to remove him from office, I am asking Supervisor Williams to resign his position on the Board of Supervisors effectively immediately.”

It is not clear if Williams will also be asked to step down as Chairman York’s campaign treasurer.

We have heard from reliable sources that Williams has lost (or resigned) his day job at Sprint although that has not yet been confirmed.  His LinkedIn profile shows him still being employed by Sprint.

UPDATE: According to the Loudoun Times Mirror, Shawn Williams has now resigned from the Board of Supervisors.  The process for his replacement on the board is as follows:

Under Virginia Code Section 24.2-228, the remaining members of the Board of Supervisors may appoint a replacement board member within 45 days of the vacancy. While an appointed board member typically serves until a special election can be held, in this case, under Virginia Code Section 24.2-226, no special election will be held because the general election occurs within 60 days of the end of the term to be filled. Therefore, if the Board makes an appointment to fill the remainder of Mr. Williams’ term in 2015, no special election is required and the appointed board member may serve until the person elected as the Broad Run District Supervisor in the general election takes office on January 1, 2016.

The customary practice is for the board to appoint the candidate running in the district. That would be Broad Run candidate Ron Meyer.
Sterling Supervisor Eugene Delgaudio’s statement on Shawn Williams here.