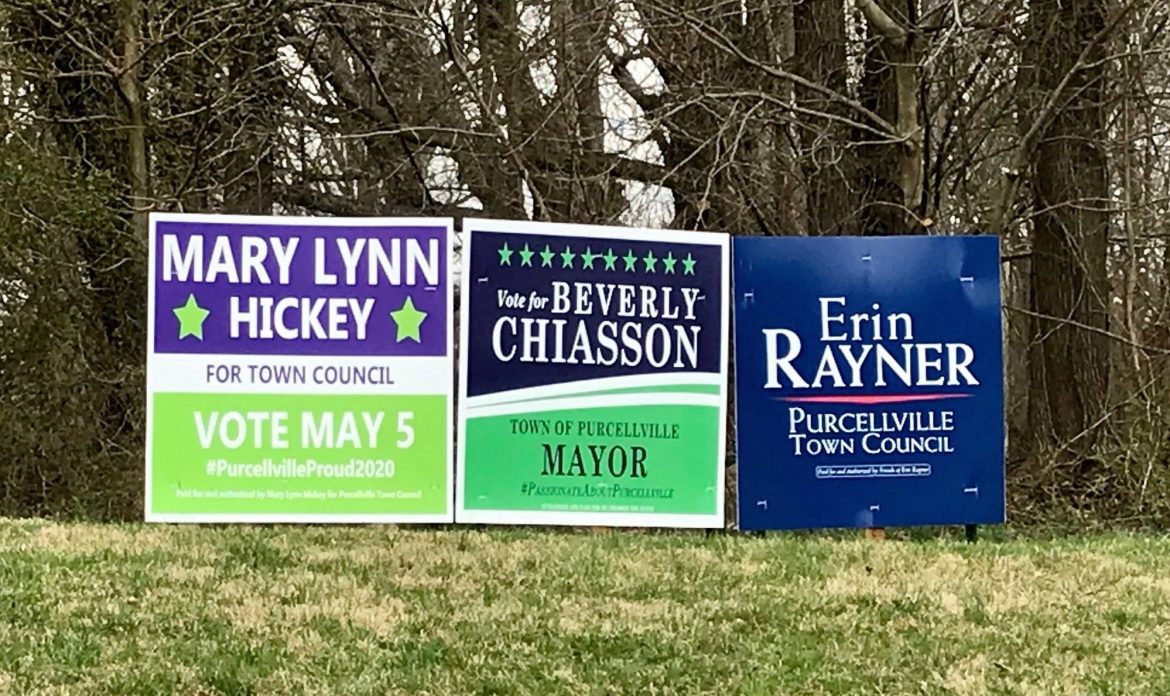 Don’t expect a large turnout at town council elections in the 5 towns voting in Western Loudoun this month and next. The dates have been changed so many times, few voters will know when to go to polls.

As it stands now, Hamilton and Round Hill will vote on Tuesday, May 19. The towns of Lovettsville, Middleburg and Purcellville will go to the polls on Thursday, June 4.

The date for these all five of these elections was originally today, May 5th. However, Governor Northam pushed them back to May 19th and then asked the General Assembly to push them back until the November general election and throw out all the absentee ballots that had already been cast. The General Assembly denied his request.

The Virginia Supreme Court then granted petitions from the towns of Lovettsville, Middleburg and Purcellville to push their elections to June 4th.

As of Monday, the county Office of Elections had received 2,080 requests for mailed absentee ballots out of the 9,523 registered voters in the five Loudoun towns participating in this year’s municipal elections. About 1,600 of those came from Purcellville voters, with about 300 from Lovettsville voters and less than 100 from Middleburg voters. Loudoun General Registrar Judy Brown said that half of all the requested absentee ballots had been filled out and returned as of Monday.

The deadline to request an absentee ballot by mail for the May 19 town elections is Tuesday, May 12 at 5 p.m. Apply online at elections.virginia.gov/casting-a-ballot/absentee-voting, in person at the Loudoun County Registrar, or by fax or mail.

The deadline to request an absentee ballot by mail for the June 4 town elections will most likely be May 28—seven days prior to the election, per Virginia law.

To be counted, absentee ballots must be received in the Office of Elections and Voter Registration no later than 7 p.m. on the day of either election.

Loudoun town council elections to be held on two different days was last modified: May 5th, 2020 by Jeanine Martin