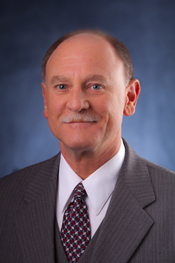 The democrats seem to be making good on their assertion to field a candidate for each seat up for grabs in Loudoun.  The latest is a challenge to current popular Treasurer, Roger Zurn. [read_more]The Loudoun County Treasurer’s Office is responsible for billing and collecting taxes, issuing county vehicle license decals, investing, safeguarding, and disbursing all county revenue. For the past 20 years, Zurn has accomplished exactly what taxpayers expect:

Of course, there is a slight problem, or two–for the democrats.  Besides it being hard to find fault with any of the above, or figuring out a platform, or having any clue how to run the entire Treasury of one of the richest counties in the nation, challenging Zurn is Evan Macbeth.  Macbeth is sort of a wacky, outspoken liberal remembered for his little theater act in front of the Board of Supervisors just after he became the Chairman of the Loudoun County Democratic Committee several years ago.

I doubt if Zurn will have any problem in this challenge but the good thing, one debate should offer enough sound bites from Macbeth to keep us laughing hysterically  (or scratching our heads) for weeks.

“The Best of Evan Macbeth”……no, seriously, that is as good as it gets.