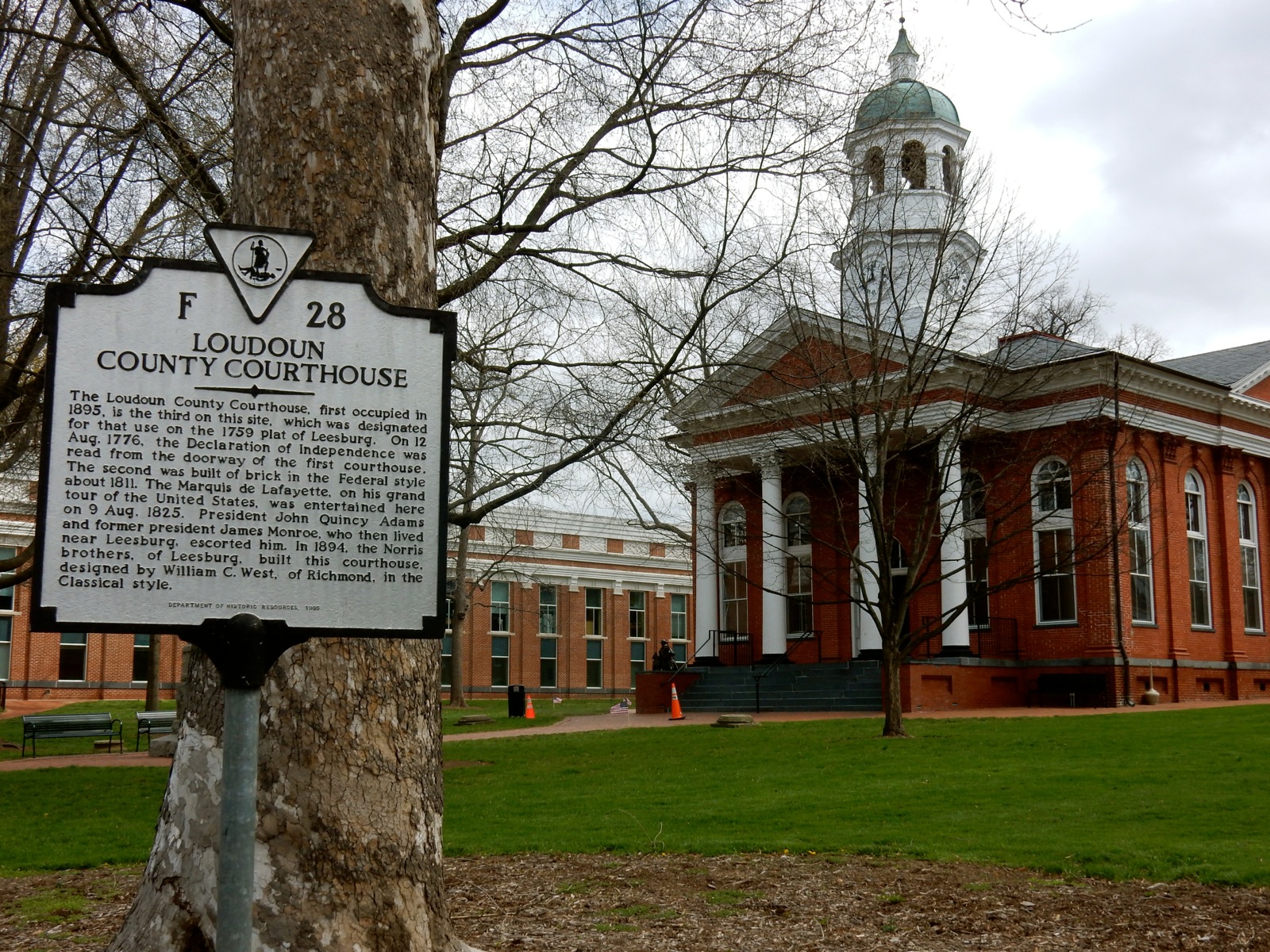 The highest paid public servant in Loudoun county schools is the Superintendent of Schools, Eric Williams, who is paid $253,000 year. The average teacher in Loudoun makes about $59,108.

The highest paid county employee is County Administrator Tim Hemstreet with a salary of $243,646.

Among the Constitutional Officers the highest paid are Sheriff Mike Chapman (R) making $185,351 and Clerk of the Circuit Court Gary Clemens (R) who makes $171,875 annually.

and every local government in va includes Loudoun in their salary surveys so the inflated salaries spread. How much of Loudoun’s economy is government or government contractors?

Sounds like teachers wanting a pay raise should demand a pay decrease from the top level administration instead of hitting up taxpayers. The purpose of public schools, I thought, was to have the best teachers and pay them well. A bloated administration does what for the students exactly?!?

It’s not like there a lot of these highly-paid administrators right?? What’s the teacher to student and admin to student ratios?

Campbell County is about 25 to 1, some of those are medically subdued.
I was counting on our last field trip.
We also have grand salaries whithin our school board.
We do speak out against this to local reps they won’t or can’t do anything.
They at this point want us to join the party, well we all no how that turned out CCRP mass meeting.
The money to run the schools with frugality and responsibility is there , it is being suck off at the top , if you take a part in the local school at that point you are villain a democrat.
The controlling of the local party is an obstacle of enormous height.

About 20 years ago I looked at the stats for New Kent County and even that little school system was top heavy with administrators. It seems to be the model every school system follows, regardless of size. The bureaucracy always continues to expand as do class sizes.

In Fairfax County there are some classes in the lower income areas with as few as 10 or 12 students. Meanwhile in the middle and higher income areas there are classes with 30 or more students. So FCPS can say their average is 26 students per class (or whatever they are currently claiming) while parents wonder why their children’s class has 32 students.

Step two is to overload the classes then come up with a plan for school consolidation, it is cost effective at the expense of crony capitalism with back room closed door BOS meetings.

What was President Regans salary?

Going back a few years, Loudoun schools had about 1,350 personnel that COST (not the same as paid) over $100k/year. Of those 1,350, only about 25 were teachers.
How’s that for some perspective regarding where the money is going?

Why does the school system need that massive administration building in Ashburn? Why do middle schools need Principals, assistant principals, deans, and counselors? Pretty soon administrators will out number teachers at our schools.

I went to a Catholic school for grades K-8.

The administration consisted of 1 principal, 1 vice principal (who also taught), 2 secretaries and 1 part-time counselor. That was it.

My elementary school, consisting of K-4, had no administrators at all. There was a nurse who doubled as a secretary. That was it. Teachers took care of their own issues and, if needed, the senior teacher got involved. Middle school 5-8 was identical to Mr. Blackstone “1 principal, 1 vice principal (who filled in for absent teachers), 2 secretaries and 1 part-time counselor.”
The education system has become a job producing self-licking ice cream cone.

your school was in a single room heated with coal you brought to school – times have change, get used to it

Why are you liberals always so unhappy and grumpy?

It was Pennsylvania. We MINED our own coal and then took it to school, walking, both ways, uphill, several miles.

I read an article awhile back that claimed we had already reached the point of administrators out numbering teachers. We do homeschool so not sure if that’s true or not.

If you read it at your homeschool, it must be true

What? Are you really that ignorant or do you just like to be caustic?

He’s a liberal. That should answer all your questions.

Well, that depends on how the schools define ‘teachers’. In Fairfax anyone who has a professional job in the schools is a teacher, so the category includes social workers, psychologists, librarians, aides and others who never stand before a group of students and teach. Fairfax liked to say they had 17,000 teachers. The reality was they had about 8,000.

LCPS official claims:
Enrollment: 79,203
Faculty: 10,035
Staff: 604
But this is a lie.
It gives the impression there are 10k teachers and only a few hundred staff. If that was true, then the student: teacher ratio would be 8:1. In actuality, the ratio is twice that number. Half of “faculty” is actually admin.

Really – do you have actual evidence? or are you making up stuff again? are you including principals, counselors, deans in your assessment of unneeded staff? Have you been in schools and seen people not working, not serving the needs of kids? Less we all forget, you have regularly protested against any public funding of schools. Your opinion is more biased than informed.

you must not have kids

Sigh, yes I do. I have never been able to figure out what the thousands of administrators do and why they are necessary. Bureaucracies jobs are to create more jobs for themselves and Loudoun School have done an excellent job.

Thousands of administrator? A wee bit of an exaggeration? I am. It thrilled by the levels at the admin building but those in the schools actually help students everyday.

should have writting “I am not thrilled”

Nope, no exaggeration. Do the math with Principals, asst. Principals, deans, counselors, social workers, curriculum specialists and psychologists. Then take a look at the huge administration building in Ashburn. How many hundreds/thousands work there?

If they actually helped students I’d be ok with it. But how many Spanish curriculum specialists do we really need? How many do we need for elementary ed? I realize teachers who aren’t good at teaching can’t be fired and therefore they are promoted to be some kind of ‘specialist’.

There is one Spanish Curriculum Specialist. Also, there are not thousands of people working at the admin building. But don’t let facts get in your way. Alternative facts are just fine

Nope, there are way more than one Spanish curriculum specialists. They have them for elementary schools, middle schools, and quite a large number for high schools. In Fairfax it was 15 to 20. Loudoun may have fewer but it sure isn’t ONE. Where do you come up with this ridiculous stuff?

Not sure what job you are talking about but there is one world languages supervisor and one specialist for the county. They support all the schools. Take a look at the LCPS website and it shows their names.

I am talking about the people who decide which Spanish book will be used and how Spanish will be taught in the schools. Of course the teachers hate them because every time they come into a classroom it means more work for the teacher but they have to keep their jobs so that means constantly changing curriculum and teaching methods.

I checked with a Spanish teacher friend of mine and he has no idea what you are talking about. There are no central office people who do what you describe. Perhaps you are talking about the leads at each school who participate in curriculum development work each summer. But they also teach so I am surprised that you consider them waste. Not sure where you get off categorizing curriculum development efforts (which invites input from all teachers) as making more work or that is is only to keep a job – teaching does evolve, unlike you and the other radical right posters here.

Bottom line for me is that your argument that there are thousands of extra people in LCPS is completely without basis, much like your arugments on so many subjects. But again, why would you ever let a little thing like facts get in your way

Perhaps your friend is unaware of who chose the book he’s using to teach Spanish and the curriculum he’s using. Who does he think makes those decisions for every subject taught in LCPS?

And you never let a post go up without an insult. It gets old.

Just who do you think works in the massive administration building?

My friend knows the process for books. For Math, there are no new books being bought for the high school level. I don’t know about lower grades.

This is besides the point, though. You posted that there are thousands of people working in positions not directly connected to students – this is false. You posted that there are many Spanish Specialist – this is false – there is one specialist for all languages for the county. When confronted with actual numbers, you try to deflect the argument.

By the way, what different the size of the building make? I think a better discussion is the high salaries for the top administration. I am especially unhappy about the IT guy who makes a lot while implementing such lousy technology at the schools. He is all about costs without any concern for instruction or teacher productivity.

I have left a message for my SB member and when he responds I’ll be happy to fill you in with more exact numbers.

Here is a brief outline of administrative staff. https://www.lcps.org/cms/lib/VA01000195/Centricity/domain/4/lcps%20organizational%20charts/092016charts/Senior%20Staff.pdf Of course for each of these directors, there are many offices and staff underneath them.
For instance, the director of high schools would have all the ‘specialists’ for high schools under her. The director of ‘teaching and learning’ would have all kinds of curriculum people under her. Look at all the directors and assistant directors then think about their staff. The numbers do add up.

To many chiefs and not enough indians.
The people at the top always have a great plan, for someone else.

I’d love to see a list of duties for the Assistant Superintendent positions.

Along with an explanation as to why those duties are worth $180K/year to the taxpayers.

The explanation given us for presidential salaries is experience. Our word is tenure.