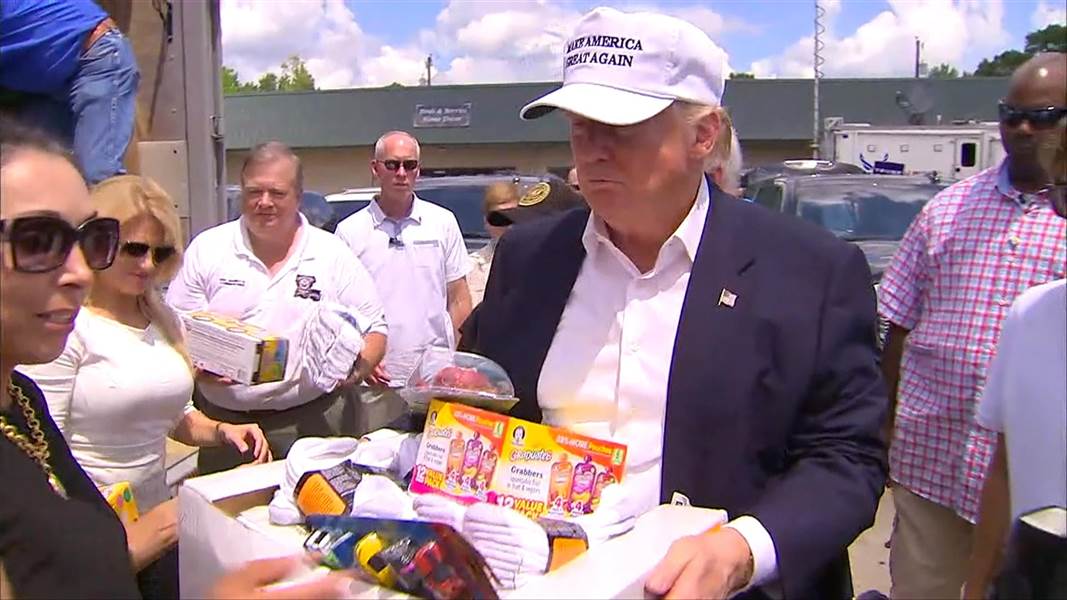 Louisiana is suffering through one of the worst natural disasters ever, with 13 dead and 40,000 homes destroyed. But Obama was on vacation, golfing with Larry David, among others, so he couldn’t be bothered with the suffering people of Louisiana. Meanwhile, Donald Trump and Mike Pence went to the flood ravaged state, acting very Presidential while they helped flood victims. Trump not only donated an 18 wheeler filled with food and supplies, he and Pence helped unload the truck, making sure the people received what they needed most. The people of Louisiana were VERY appreciative. 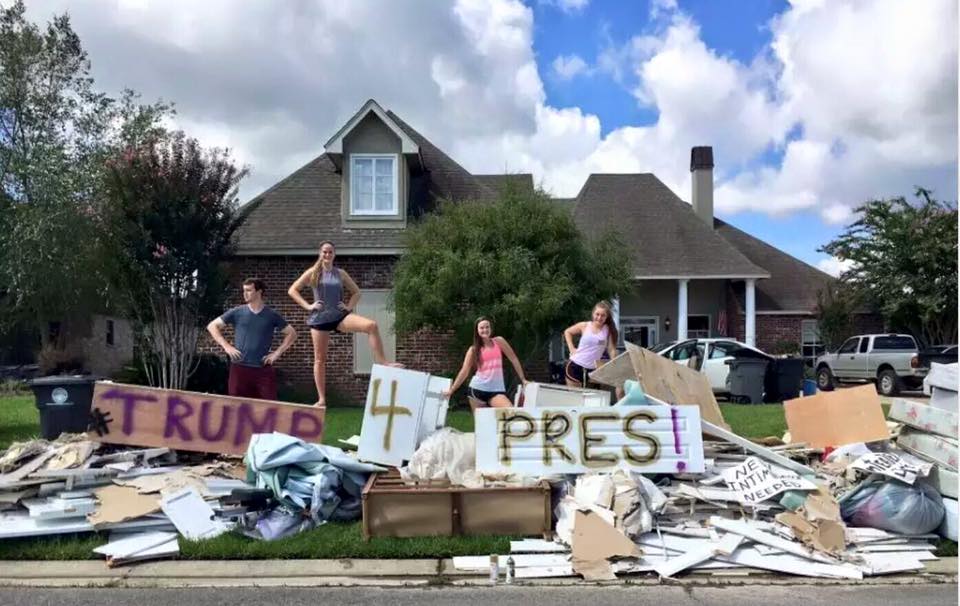 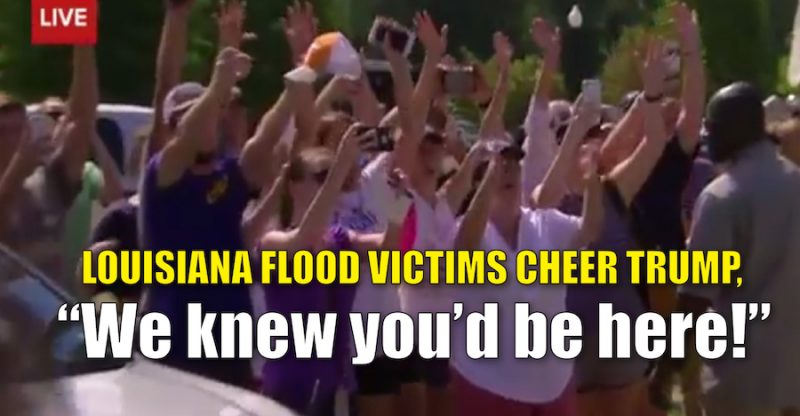 So what was President Obama’s response to the devastation in Louisiana?  He sent the victims a 16 page lecture on how they should behave during this calamity while he continued to play golf on Martha’s Vineyard.  From the Federalist papers,

The Washington Times reported that the Obama Department of Justice sent a 16-page guidance to Louisiana residents on Tuesday who are receiving federal disaster assistance, warning them not to engage in “unlawful discrimination on the basis of race, color, or national origin (including limited English proficiency).”

The memo states that the guidance’s frameworks “highlight the importance of complying with nondiscrimination requirements of civil rights statutes, addressing the needs of the whole community, and ensuring equal opportunity to access recovery efforts.”

Seriously?  This is the President’s response to these suffering people?  A lecture? Disgusting.

Over the course of the last week people in Louisiana have begged the President to come to Louisiana and see the devastation first hand.  The President was able to take a break from his vacation to go to a very expensive fundraiser for Hillary but he couldn’t take a few hours to visit those suffering in Louisiana. Obama couldn’t have made it more clear how little he cares for the people in the flooded area.

The people of Louisiana are glad the President has finally decided to visit the state now that his vacation is over.  Better late than never?

Hillary gets the no show vote and the medal for least effective presidential candidate.

Thanks J – back to your basic, misguided posting we all love
From many sources in the area (including direct contact with friends), no one there wanted Obama or Trump to come down yet – there is too much work needed to be done to turn the situation into a photo op. The community needed the onsite resources for actual work instead of supporting Trump or Obama’s entourages. But, why let the truth get in the way of bashing Obama? Meanwhile, Obama has taken the federal actions to help the area.

Did you bother to read the links? The Governor was BEGGING for Obama to come down and survey the damage.
Other than the 16 page lecture, what has Obama done to help?

3 AM in La. and where is Hillary? Obama? Lack of leadership!
Trump out works both of the put together and so does his family, lol.

They are staying away as requested by the governor and citizens living the area. Unlike Trump who went down there for publicity and impeded progress.

Absolutely false. You might want to read the article and the links. The Governor has begged the President to come to Louisiana.

It’s humorous how liberals love to start saying something, without any truth to it, and all the other good liberals fall into line repeating it. Even worse, they’re dumb enough to actually believe it! News sources are your friend, read the links.

How about actually reading and questioning your radical sources. They don’t say that Obama was needed last week. In fact, here is a source that argues Trump should have waited.

So, J how about just coming out and say that you hate Obama and everything not GOP no matter what facts get in the way

SD/Orange Lover, please stick with one screen name, lest you appear to talking to yourself. Thank you.

What the heck was wrong with the people of La. for electing a Democratic governor, and then getting this kind of disrespect from the president?

Thought he was in Fairfax…

No, it’s not like he’s interviewing for a job a few miles up the street, or owns a winery in Charlottesville or anything like that, is it…
C’mon, really? You see nothing humorous in that???

No, I honestly do not think it’s a big deal that he mixed up two counties that are not far apart in Virginia.

It is possible that was a pre-planned gaffe

I guess I understand? You are afraid if elected, he could put your government checks in the neighbors mailbox but mistake?

.The excitement is building for the Original Sewing & Quilt Expo at the Fredericksburg Expo Center from 9/29 to 10/1..

Yeah, it’s like me getting NY and NJ confused. Apparently it is a big faux pa up there.

Confusing states is not quite the same as confusing nearby counties in the same state.

At least he didn’t call us New Jersey this time.

,The excitement is building for the USAF Fencing Tournament on September 10-11 at the Fredericksburg Expo Cemter

As a life long Virginian, I know my state when I see it…..and I know when I don’t see it…..

Attention to detail is just not Trump’s strong suit.