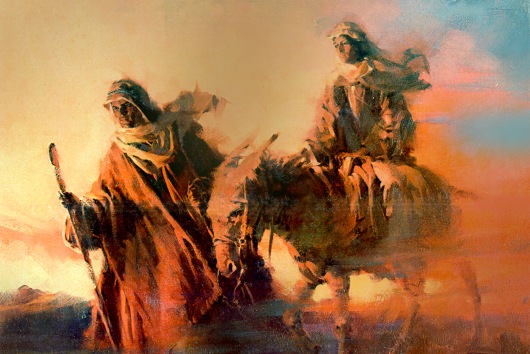 The real Christmas story – the Incarnation and birth of Christ – simply is. You either accept it or you don’t. It is either all true or no part of it can be true.

It is at once so magnificently simple, and yet there is nothing so maddeningly beyond the ability of the human mind to grasp and hold except for the tiniest thread of understanding we’ve been given – just enough, yet not so much that we should be able to control or manipulate its immensity and majesty.

Its simplicity allows for no qualification, no ambiguity, no restriction, no limit, no petition, and no arbitration to its straightforwardness.

For two thousand years what began that Christmas day has stood as the pivot point of human history. It has withstood every attempt to expunge it from the human story. It has been maligned, banned, and saddled with corrupted adornments that have no relation to the birth or life of the Man of Sorrows. Politicians within and without the church have attempted to use it for their own benefit, and no small number of scientists, academics and theologians have attacked it with complex and scholarly sounding charms to disarm it. Others have written books that dismiss it altogether.

No matter, Christmas remains. Christ was here. God is alive. This is how much God loves us.

If hope is the watering hole for humanity, then surely this love is its wellspring. From Genesis to Revelation, the grand sweep of God’s love for us is spread out thick like the stars of the universe across the heavens, immeasurable and perfectly proportioned for their purpose.

It is a love that was set like great girders into the foundation of the human story at the creation of the world, planned down to the very last molecule and atom.

Nevertheless, it is also a wild and reckless love. A love so lavish and unconditionally given, that too many reject it as unreasonable and unattainable without their own effort acquiring it, laboring to purchase that which is free.

God’s love perfectly reflects His character, and at the same moment the cost of demonstrating that love was to give it over to a tiny baby, helpless in a hovel shared with animals, in a backwater village in the middle of nowhere, in a land ruled by the hard hand of the Roman Empire.

This is the place and time that God chose to deliver the Savior of all men. It is not where we would choose; not a great palace, or a magnificent city. But this is how we know His love, exclaims the Scriptures, that He sent His only Son.

The Christmas story confronts the inquiring wise men and women of our own age, as it has every era. It is as though it demarks the binary universe. On one side is everything we know, or can ever know as finite creatures, everything experienced and evaluated within our five senses.

On the other side of that line is a profound mystery of God’s love, unrestrained by that which He created. One side is confined within a lifespan; the other is eternal, everlasting without beginning or end. One side relies only on the knowledge that can be discerned and reaped from the other side. One side exists on the hope and love of the other.

Most of us, truth be told, spend our days trying to straddle that line, or abandoning pretense and walking altogether in the world, beguiled into trying to figure out how the world can provide us happiness, fulfillment or personal significance. The enchantment with the momentary instead of the eternal is the residue from the Garden, where sin physically altered the self-replicating material of life, and changed the human race forever.

But Christmas…Christmas reminds us that we are a whisper of time on this earth, and that our Creator has supplied a way to be with Him, both here in this temporary place, and in the eternal home, where this Son we celebrate will lay His cloak across us, bidding us into the real life.

The secret of Christmas is that there is no secret. God loves us. He’s not mad at us. He loves you and me with a love wider still than the universe He set us in, it’s vastness only a foretaste of the eternal Christmas.