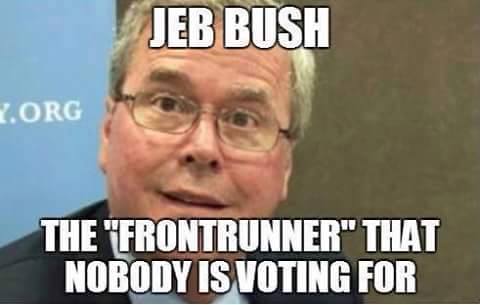 Lowering the boom on the WaPo- and their 5th column

Boy, when the Washington Post Editorial Board comes after you, they don’t mince words.

Today they launched yet another in a series of vicious and unprovoked attacks on the Virginia GOP, this time over a proposal to hold a convention instead of a primary for Virginia’s part in the 2016 presidential nomination.[read_more]

As expected, the Dem-lite activists who (for some reason) identify as Republicans started spreading it on social media and holding it up as an example of “see, this is why we need primaries”.

At the same time, the Incumbent Protection Act is headed to court over a convention-vs-primary fight in the 24th state senate district. Liberal Republicans are backing the absolute right of incumbents to pick their election (as well as their voters, through gerrymandering).

They both could not be more wrong.

Let’s start with the underlying premise.

“In the event, just 8,000 of the Republican faithful showed up — representing perhaps half of 1 percent of the party’s sympathizers in the state — and the right-wing ticket they picked was swept in the fall by the Democrats, who held much more widely attended nominating primaries.

The defeats were part of a GOP losing streak in Virginia’s statewide elections. Despite being evenly divided between the two major parties, Virginia has not elected a Republican to any statewide position since 2009, nor has it elected one to the U.S. Senate since 2002.”

Here’s the first problem: Dead wrong on the facts.

Virginia Republicans picked statewide nominees by convention in 2001, 2008, 2009, 2013, 2014. Total record among those races? 4-8. Not great, but consider that Several of them nominated establishment choices- Jerry Kilgore in 2001, Jim Gilmore over Bob Marshall in 2008, Bob McDonnell and Bill Bolling in 2009, Ed Gillespie over Shak Hill in 2014, . These are not hard right people, they are not grassroots candidates.

Worth noting: They didn’t mention that the 2009 sweep came courtesy of a convention.

By contrast, primaries were the method of selection in 2002, 2005, 2006, 2008 (presidential), and 2012 (presidential and senate). Their record? 3-5, not that great. Not a single one of those candidates was a grassroots/conservative candidate; every one of those losses was suffered by the establishment/Rockerfeller wing of the party.

If you go back further, you find more interesting stuff. Did you know that, before 2001, only three times in Virginia’s Republican history did the party pick its nominee by primary (1949, 1989, 1997)? 1997 wasn’t contested, but anyone who knows Virginia history knows that the GOP here wasn’t too successful before 1993, when George Allen won a convention and then went on to become governor.

So, conventions have won and lost, and so have primaries. You think that maybe, just maybe, the candidates and how they run their campaigns may have more to do with it?

That’s right, you’d think the WaPo would be crushing Iowa, Wyoming, and the 12 other states that currently nominate delegates to the RNC by a means other than primary. It also appears Kentucky is about to join them.

Virginia Republicans used to always use conventions- primaries were unheard of until the late 90s. So there is precedent.

Does democracy get violated in those 14 states? No. Anyone can participate in the caucuses, conventions, etc if they so choose. It discourages low-information voters- and is that REALLY a bad thing for the Republic?

So the WaPo Editorial Board chose to hone in on a small subset of elections- 2009 on. But did you know that they did not endorse a SINGLE DAMNED ONE OF THE GOP’S NOMINEES during that time? NOT ONE.

You know, while we appreciate their newfound concern for the welfare of the party, it sure would have been nice if they had endorsed any of our statewide candidates in the last 20 years. I mean, nominated by primary or convention, didn’t matter- they shot them all down.

You think that maybe a more likely scenario is that they WANT the party to fail, so they are messing with our internal fights to sow discord?

But that would mean that there are a bunch of ‘Republicans’ who also want the party to fail, right? Since they agree with the Post? And that leads me to…

Hilariously, the WaPo in its “journalism” piece last week interviewed only establishment malcontents in bashing RPV.

I said at the time that these malcontents should be banned from holding office in the party for collusion with our opponents. This now seems prescient.

From Ray Allen’s “I’ll bankrupt RPV” stance to Lynn Mitchell’s constant attacks on any Republican she does not agree with, and now spreading the WaPo’s attacks on the party, it is clear we have a cadre of people who do not agree with the party’s principles, and want it to be defeated.

These people constitute a “5th column” of Quislings who seek to damage the party if it does not become more like the Democrats- a party that is OK with growing government and limiting liberty, as long as it benefits them and their interests in the process. See, for instance, their golden boy Jeb Bush.

Independents usually have not joined a party because they see them both as corrupt and ineffectual. If we are to attract independents, we need to nominate candidates who are not in this to enrich themselves- but rather to limit government so that the chances for corruption also decrease.

Fmr. Governor and convicted felon Bob McDonnell did the GOP in Virginia an untold amount of damage by playing fast and loose with ethics and creating an atmosphere of corruption. We cannot afford to keep nominating the same established people, standing for nothing but enriching themselves.

Give the grassroots a voice. Ignore the 5th Column.

While most of the above also refutes the SNL’s (believe me, the only thing funny about the News Leader is their reporting) article too, additional points need be made here.

You see, they think we should do away with ANY form of nomination process but primaries! A premise that 5th Column blogger Lynn Mitchell celebrates.

They are another paper that lives to attack the GOP, as does their cheerleader, Ms. Mitchell. The opinions of both, as regards to the state of the GOP, should be treated with ridicule and scorn.

Stick to the facts. Know who is trying to advocate with an agenda. Conventions aren’t perfect, neither are primaries, but the attacks by a blatantly liberal media and their cheerleader 5th Column on the right don’t deserve serious consideration. A careful investigation of the facts reveals much more at play, and it is far from the tautological premise (“Conventions are bad”) promoted by the left.