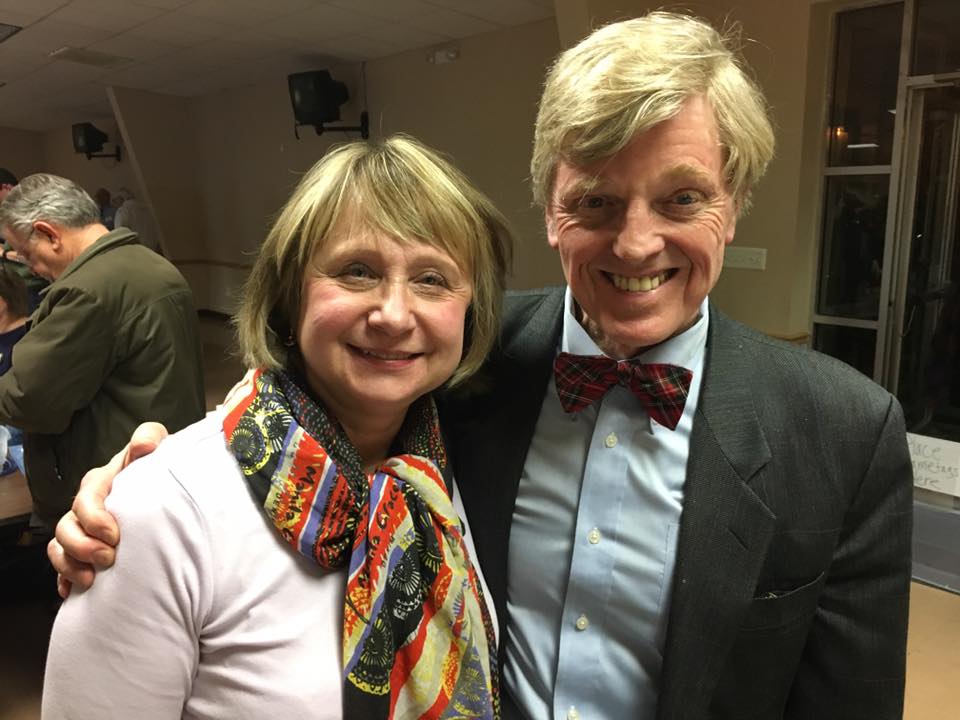 Democrat candidate for Lt. Governor, Great Falls resident Susan Platt, is supporting the removal of all Confederate monuments in Virginia and changing the names of all highways and buildings named after Confederate heroes.  That would mean many high schools across the state would be forced to change their names, including schools in Northern Virginia, like Robert E. Lee and Jeb Stuart high schools. She would like to see the names of buildings changed to names like Doug Wilder, the first Black Governor in the nation, and former Attorney General Mary Sue Terry, the first woman to hold statewide office in Virginia.

“If I am elected lieutenant governor, I will ask the governor to appoint me to lead a commission charged with taking down Confederate monuments as well as renaming Confederate-themed highways and public buildings,” Platt said in a news release. “Our taxpayer dollars should not be used to celebrate a rebellion against the United States of America, a rebellion intended to maintain slavery.”

Wow. So let’s just pretend that Virginia had no role in the Civil War and our ancestors didn’t die in that war to defend their homes.

Read more about this ridiculousness here and here.

A list of the over 200 Confederate monuments that would need to be removed if Susan Platt becomes Lt. Governor here.

The Civil War was the largest recorded veterans deaths in our history as a nation. Some 625,000! We should never act like it didn’t happen. They knew what they were fighting for And it was important to them. We should not take it away from him. And we should learn from it.

I would not even vote for her to shovel sludge at the local sewage plant! Oh, wait, maybe I WOULD vote for her to shovel sludge! LOL! And, oh yeah, while she’s at it, maybe she should work to change the name of Virginia, itself, which is named after Queen Elizabeth I, the Virgin Queen, of Britain who did some things which may not be commendable by modern day liberals. In all seriousness, this name changing and statue destruction needs to stop and stop now. I’d like to Platt lose and lose badly and her political career at an end. May God protect the Commonwealth of Virginia from her.

What kind of Virginian is this bxxch? How far left is the Democratic Party going to go? In the old days, she’d of been run out of the state, and now this crap is being seriously entertained? I am beginning to hate every Democrat I know. They are becoming more and more militant and intolerant.

No one will ever remove the Shot Tower on the New River.
This History will survive.
It is a shame these individuals don’t spend there time sharing our History.
To place your finger in a shot hole in Fredericksburg and to imagine the North trying to place flotilla on the river to be picked off, to lay on the hill all night while shot were being fired down at you.
This War has such to offer us , the knowledge of how we treat each other to combat technology .
A war that only had benefited about 400 Rich Plantation Owners.

ISIS destroys Buddhist Statues because it offends them.

Progressives destroy Confederate Monuments because it offends them.

At this point, what difference does it make?

If elected, which bathroom does she/he intend to use? Has Platt declared a gender identity?

Eliminate Memorial Day, a day that started as a memorial to SC confederate war dead?

The origin of Memorial day was Decoration Day, a day to honor soldiers lost from the Civil War that ended just a few short years before 1868 on May 30. General John A. Logan officially ordered that May 30, would become Decoration Day; A day to honor all those who died during the Civil War. Later, all wars would be added to this.

Businesses were ordered closed, flags were ordered to be at half-staff and spring was a great time to put fresh cut flowers on grave stones.

Since Memorial Day began as a memorial day to honor Confederate war dead, should there be concern that radical leftists will work to ban this annual 4 day remembrance?

Next we should tear down all the monuments to the slaveholders too. Destroy the Washington Monument and the Jefferson Memorial. Rename the capital city MaxineWatersburg, DC. Dismantle the University of Virginia and use the buildings as homeless shelters. We must eradicate everything that any former slaveholder created or supported, because it is all tainted with the evil of slavery. We have a lot of work to do.

I live in Charlottesville. So many socialists at UVA that might be a good idea

So is she going to go after military installations in Virginia next? Last I checked Ft. Lee, Ft. AP Hill, and Ft. Pickett (all in Virginia) are named after Confederates. According to her logic, our taxpayer money funds those, too. During my time in the Army, men such as Lee, Jackson, AP Hill, etc were discussed and studied for their leadership and tactical skills. At no time was “rebellion against the United States celebrated.” Sick and tired of our past being erased.

Your past is all about owning people. You are on the wrong side of history.

By the way, just what do you mean by “our past”? How old are you? That war has been over for 170 year? How is it part of your past?

Perhaps OUR PAST means the past of the Commonwealth of Virginia. Sheeze. How old are you? Why are so many discussions here so far over your head?

YOUR PAST is what THEY say it is. The same goes for YOUR FUTURE. Ancestry.com and the LDS is all fake news.

You are truly an idiot.

You don’t even know me, so how do you know my past? For your information, my family back then were sharecroppers and didn’t own anyone.