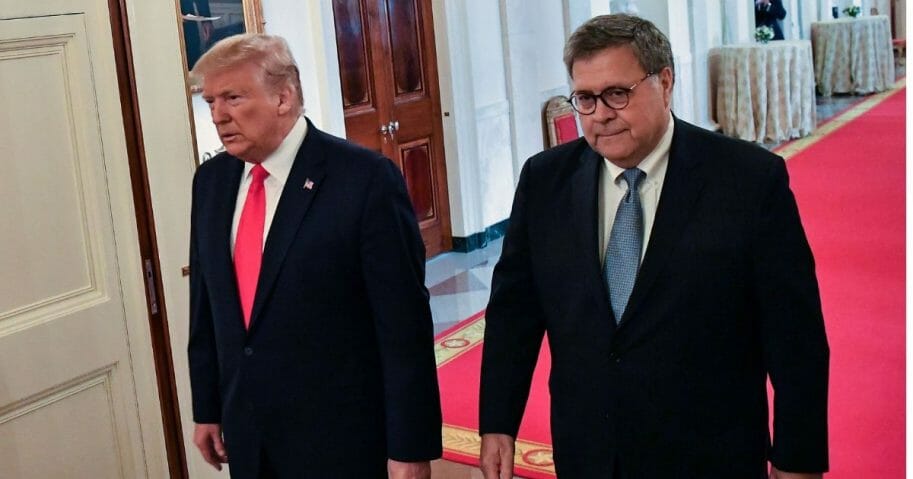 Like you, I’ve been thinking a lot about the corruption of our political institutions in Washington and the long-term implications for our Republic. And, more importantly, what can be done about it. Or, alternately, whether reform is now even possible.

The shocking administrative coup d’état attempt against a lawfully elected president should leave every American, regardless of political affiliations, fearful for the future of a representative government, for and by the people.

The undeniable paper trail and evidence of the Washington insurgency, based on a mountain of bald-faced lies against Donald J. Trump is now a matter of public record (and was evident since 2017 as I and many others wrote about), through recovered emails, texts, FOIA disclosures, FISA warrants, and court proceedings, followed by an internal Inspector General report. The matter will be further elaborated upon by a Special Prosecutor, perhaps later this year.

Only the willfully blind can pretend this was not an organized putsch at the top of the Department of Justice, the FBI, and the intelligence community. It is also difficult to believe that former President Obama was not involved. It has exposed to an already skeptical public the actual depth of bipartisan corruption in the nation’s capital.

When he was leaving office, President Reagan, echoing President Eisenhower’s concern about the military-industrial complex a generation earlier, talked about Washington’s “iron triangle” – the congress, news media, and special interests, which includes the behemoth administrative state. Like the ancient Lighthouse of Alexandria, President Reagan warned his fellow countrymen of an impending catastrophe represented by the iron-triangle; [they are] “attempting to rule the nation according to its interests and desires more than the nation’s.”

Forty years on, President Reagan’s warning, has been realized. The ancient Lighthouse of Alexandria fell in an earthquake and would never be rebuilt. One has to wonder if the same fate awaits the nation, as it measures the collapse of public trust in its institutions, of which the coup is only the latest, worst example.

Nowhere is this more evident than in the application of justice and the fraying of the foundational concept of equal justice for all – the rule of law vs. the rule of the elite (read more in Justice Denied, Justice Lost here).

When lies become the legal tender of justice, truth become the counterfeit currency to be hunted down and eliminated.

Three years into the most conspicuous, documented scandal in American political history, the public question is whether or not anyone will pay a price for their crimes? Or will the protection of the “institution” of the DOJ and the FBI overcome the importance of high officials paying for their egregious, illegal behavior?

Sadly, the answer appears to be that Attorney General William Barr will not pursue charges against the key players – no one will face punishment of any kind for what they have done – while hundreds or thousands of ordinary citizens are serving time in jail right now for the same crimes.

Already the issue of FISA Court and its re-authorization in the upcoming vote on the Patriot Act by Congress, scheduled to expire next week, (FISA is the Foreign Intelligence Surveillance Court established in 1978 to supervise requests for surveillance warrants against foreign spies working inside the U.S.) seems to be headed to renewal without reform.

AG Barr (saying that he can reform from within DOJ) and the Majority Leader in the Senate, Mitch McConnell (R-KY), are pushing for a clean re-authorization, while President Trump has been demanding new restrictions at a minimum. Several senators have been calling for completely shutting down the Court, which, they argue is simply an open invitation to corruption as now constituted.

The FBI lied, manipulated and presented false documents to the FISA Court in seventeen instances in the Trump Coup effort, (documented in Inspector General Michael Horowitz’s 434 page report) which included warrants to eavesdrop on a presidential campaign and American citizens.

When great nations or empires begin to come apart, the ossified political, cultural and economic elite – the ruling class – fight tooth and nail to maintain their privileged status, regardless of the cost to their own country.

This always requires the cannibalization of the very assets and attributes that made the nation or empire great in the first place. Using the convergence of immense wealth and the power of a government, the ruling class goes through a process that has been remarkably predictable from the ancient world to this one.

The first pieces of the host consumed are the truth, objectivity, and institutional integrity. It is a long process requiring various steps.

First, the general revelation of observable truth is replaced by lies, because the very existence of that truth calls into question why what did work must be changed for the benefit of a few.

One can watch this play out in the last two or three generations in the U.S. and Europe, in the way we live together. The plainly observable truth of common and universally witnessed behavior in everyday life is turned upside down, making the abnormal the standard for the normal. The old truth is simply removed or dismissed by the ruling class using money and the force of government.

The pretense of universal truth is too inconvenient. Too hard. Too judgmental – which, of course, makes the “new” truth judgmental also, but few dare to oppose the contradiction.

In the same manner, the discernible truth about our individuality and “selfness” is attacked and ascribed to the impersonal echoes of our environment. Without “selfness” the truth becomes less personal and more corporate, and finally irrelevant.

The existence of historical truth must be reshaped to fit the dynamic of whatever change the ruling elite and their bureaucrats seek to promote. Economic truth must be augmented by emotional variants that aid the maximization of control for some, at the expense of others. Scientific truth must be used in a way that maximizes the ability to profit from it while maintaining the exclusivity to knowledge.

Speaking the truth about this process of overpowering the truth, then becomes a target for the ruling class. In the case of Europe and North America, the elites turn to belittling the truth, marginalizing it, and finally criminalizing the truth – which can be seen in the not-so-hidden war against free speech. In the case of tyrants and thugs – China comes to mind – they simply “disappear” those who insist on the truth.

It is the vanity of power to think if you can’t say something, the truth doesn’t exist, of course, but it is the way of man that he believes he is the exception to the rule.

This takes us to the most essential truth the ruling class and totalitarians must destroy – ancient Truth. That Truth that exists outside the control of any known natural cause. It must be stamped out like a bug at the picnic party. For the Truth, eternal Truth, God’s Truth, is more dangerous than any, demanding as it does a submission that obligates the bearer to challenge the counterfeit truth – the lie – regardless of the cost.

The Constitution and the Bill of Rights have always been the brakes in our Republic that, unlike the mob rule of parliaments, slowed the transition from Republic to a political-corporate oligarchy, and protected the truth.

Perhaps the real question now is this; will average Americans let this happen?  Where does it end if they don’t?