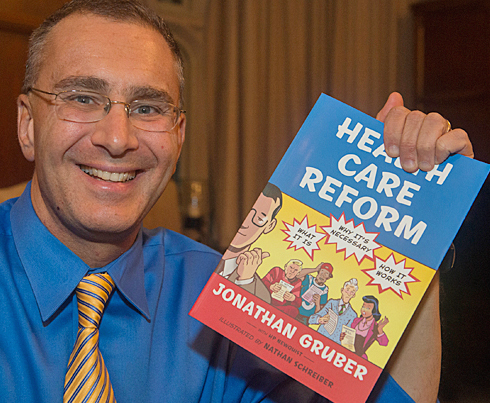 “They refuse to do the right thing, because they want to do the wrong thing.”

The surest sign of a collapsing society is that we’re all lying to each other and we don’t even blush anymore. When caught, we simply lie about the lies we’ve told.[read_more]

Look no further than the past few weeks. 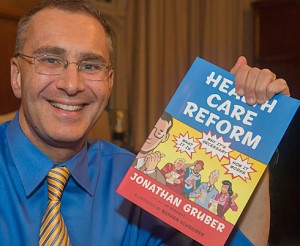 Interested citizens have witnessed a primary architect of Obamacare, MIT Professor Jonathan Gruber, exposed in his own words on numerous occasions, gloating that Obamacare was designed as a massive fraud from the start. Its goal was to deceive Middle America into accepting a health care system – and the resultant loss of wealth and personal control – that they would never have agreed to had they been told the truth. The press has largely ignored or excused the revelations, since they participated in the news blackout and cover-up of what was obviously a lie back in 2009.

The President – a psychotic practitioner of deceit and dissembling even when the truth would serve him better – said he didn’t even know the Professor, whom he had previously quoted as an expert and who had frequently been in White House meetings, including in the Oval Office itself. No one so much as blinked at his obvious lie.

During the elections we had Republicans passionately speechifying and pounding lecterns assuring prospective voters that they were going to abolish or defund Obamacare if elected! Now, many of these newly elected Republicans – including the presumptive new Majority leader in the Senate, Mitch McConnell – are saying that they won’t or can’t do that. Huh?

Since Republicans seem unwilling to engage in a bare-knuckle fist fight over the destruction of the world’s best healthcare, one can only surmise that they are really okay with Obamacare as long as they are cut in on the deal. Judging by the lack of response, kowtowing Republican faithful don’t even feel duped or used, much less that they were lied to.

Right now the nation is embroiled in the spectacle of an ongoing immigration disaster that will rip the heart out of the nation. Americans are caught between two parties that are “lying like a rich man’s rug,” to quote a recent hit country song. Neither Party, with some notable exceptions, really cares what the American people want or say – even though the elections were only a few weeks ago.

They refuse to do the right thing, because they want to do the wrong thing.

The vast majority of American citizens are screaming their lungs out: Stop the madness; seal the border; worry about American jobs first; don’t give amnesty to people whose first act in the U.S. was to break the law. But their elected government has turned their back on taxpayers with a defiant, self-inflated tone that clearly indicates that they don’t think the rubes in Middle America know what is good for them. They don’t give a hoot what they think.

Unsurprisingly, the President is moving to do what he said on previous occasions that he wouldn’t and couldn’t do; and he is calling it something it isn’t because he is what he is. The radical Democratic Party (which gives the word creepy a rich new texture) is shamelessly looking for a way to register new “voters” and welfare recipients, so they don’t care, and many of them are embarrassed by a prosperous America to begin with.

But the truth is that many Republicans, contrary to what they claimed while campaigning, also want a big immigration bill, and amnesty, that will flood the country with up to 40 million legal immigrants (over and above the illegals) over the next decade – all to please big business donors. In turn, these donors only seem interested in replacing well paid technically skilled Americans, many of whom are currently unemployed or can’t use their technical skills, with second and third world imports at half the salary. At the same time, many of the most vocal proponents of this increased immigration, such as Microsoft, IBM and GE, have laid off tens of thousands of employees.

The only thing the Republicans have to do to pull this charade off is to find a way to package the deal without appearing to their base that they are…lying. It’s hard work. Really hard work.

The only holdouts to the wrecking ball crashing across the American landscape is the center hub of middle income, working Americans still holding onto their “guns and bibles,” to quote the President (whom many suspect has no familiarity with either).

But, how often can Middle America reach out to save the nation in mid-term elections, when the people they send to represent them can’t seem to find the same backbone they claimed to have on the campaign trail? The time is long gone when conservatives can sit back and be content to vote, go home, and then allow the process to work its way out in Washington. Too many ingrained and privileged special interests, on both sides of the aisle, mastermind and manage the events between election cycles.

There has to be a massive mindset change in grass root, conservative organizations that recognize and engage in aggressive, concentrated and vocal pressure on the officials they help elect; to make them do what they say they believe. Time and again this politicians are simply allowed to lie and equivocate, while the systemic failure of the government goes unaddressed.

All easier said than done; but hopefully, there isn’t a conservative anywhere in the United States that isn’t emailing and calling their representatives and senators over the coming weeks and months, demanding that they do their sworn duty. In the days ahead, conservatives need to be organizing visits to every district office, petitioning in person, in their own towns, and writing to friends to ring the alarm over Washington’s indifference. Beyond that they must begin educating their fellow citizens on what is happening to our Republic, and why – and finally finding primary challengers early in the process, to oppose their own elected officials who lie to them.

Losing the two current battles on Obamacare and immigration could well destroy what little remains of the concept of Constitutional self-government, and with it the Bill of Rights will begin to crumble in ways that no one can even judge yet. One result is obvious, however. When the people’s government turns to deception, lies and manipulation to pave the way to ends that only aggrandize and empower itself, they set in motion social repercussions that drive them even further away from those whom they would “rule.” In that far place they won’t be able to hear what will inevitably come if they push us into this new America.

Lying Like a Rug was last modified: November 26th, 2014 by Michael Giere
27 comments