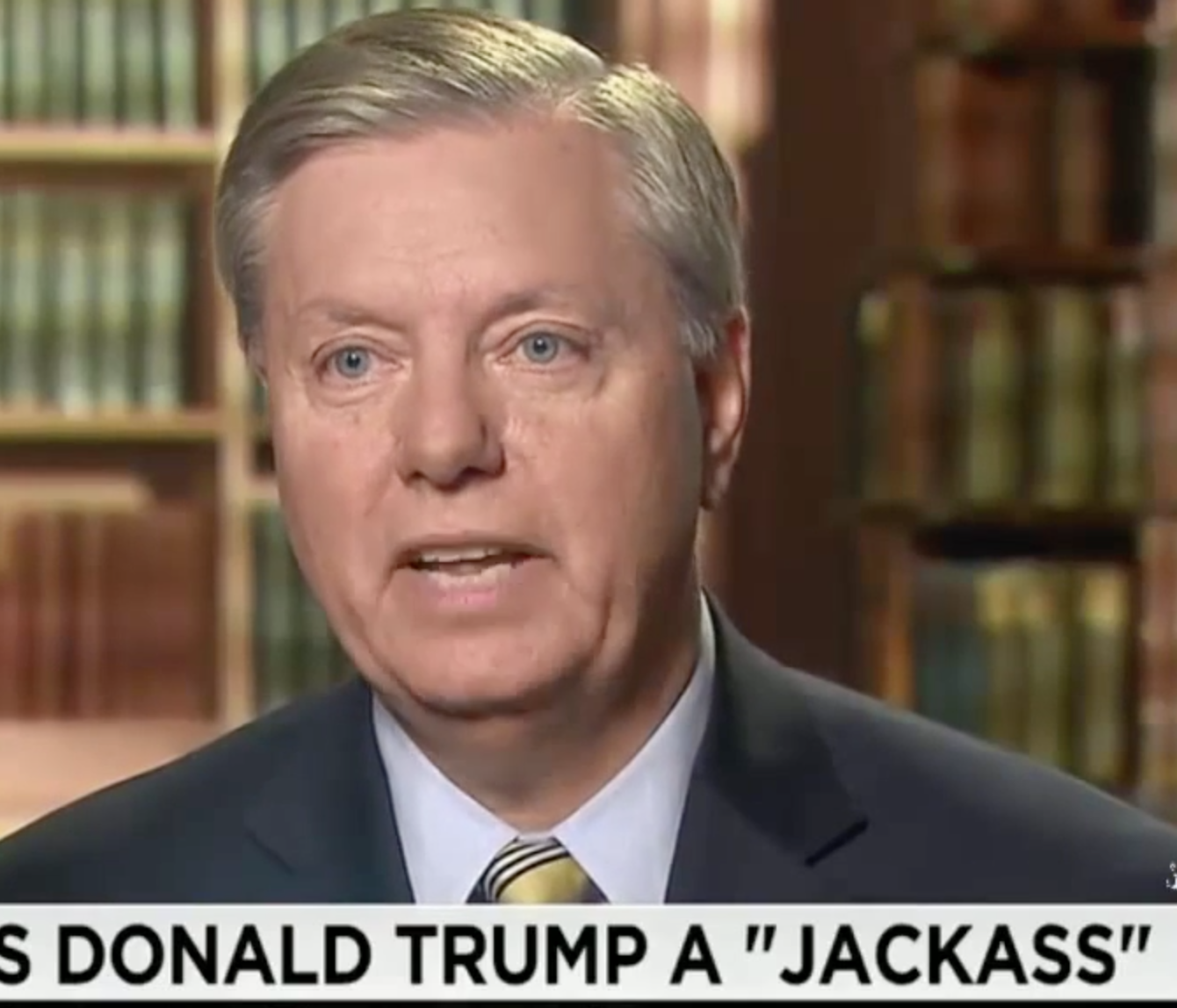 The clock is ticking on this clown’s candidacy.

I understand those who say he’s brought important issues to light, and jumpstarted the conversation on immigration. Fine. I get that.

But I also get that this guy is a showman, and that he calibrates his message based on the audience.  He’s not a conservative, even if he stumbles around vomiting nonsense he thinks conservatives will like to hear. And every time he pulls a stunt like his latest remarks about John McCain, he tarnishes the Republican brand. As a business man, Trump ought to know that when you hurt the brand, it’s bad for business.

And when you’re bad for business? You’re fired.

UPDATE: A discerning reader notes in a private message that I failed to fully illustrate the presidential qualities of Mr. Trump. So, I offer the following visual: 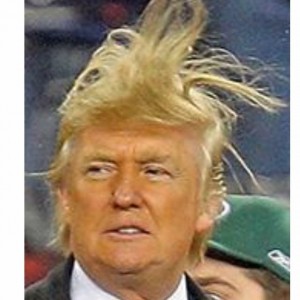 This man wants to be President

Seriously? Long ago, I improved the broken clock to be right 4 times a day. What’s with you people?

Well well, look what we have here. Mr. Neo-Con 1 poll per-center himself telling other candidates to drop out. When was the last time LOG got anything right? Lets see…oh he said McConnell would be be a great leader. Got it.

Nice try Steve. The establishment Republican’s would like nothing better than to take the focus off illegal immigration, and put it on McCain, and veterans.

I think we should use Trump to hold the Establishment Republican’s political “hostages”.

Hostages until the establishment gets on board, and stops holding grassroots conservatives “hostage” with cheap imported illegal labor.

Stop the illegals. Send them back home!

Steve, what are you doing wasting your talents on this pro-Trump blog?

Why are you wasting YOUR time here when you disagree with everything and everyone on this blog?

I clearly don’t disagree with Steve. As for the rest, when you’re not outright lying or smearing other Republicans (which, to your credit, is about half the time), sheer morbid curiosity and boredom, mostly.

The Trump candidacy to a limited extent brings back memories of the GOP race for the VA Lt. Governor’s nomination in 2013. At the time, whoever was making the most outrageous statements and talking the loudest seemed to pick up traction. It’s unfair to make a direct comparison but Donald Trump is the result of this mentality to the extreme. These criticisms from Graham, Jeb, Romney, and anyone in congressional leadership all continue to help Trump make his points. He is not going away anytime soon.

I love the way Trump makes party folks squirm. It would seem that both the D and the R want to sidestep the issues rather than deal with them head-on. Kudos to Trump for having the intestinal fortitude to tackle the hard ones.

That’s exactly why Trump is doing so well with voters.

Yes the broken clock is correct twice a day.
So two times a day for some Republicans they are aware of the profits of ” their ” underground labor market.
Now for candidates like Graham to bad they have not used their elected time to bring forth to voters the detrimental effects of Illegal Immigration in our communities.
Ken Cooch often talked of the percentage of people on unemployment , what percentage is due to illegal immigration ?
No, what percentage due to Republican complicity ?
In States there are laws that they { illegal aliens } are violating, why the immunity ?

It’s not just Donald Trump’s hair that’s a mess! How much does he pay for that awful haircut? Whatever he pays, it’s way too much.

I would suggest that the Republican congressional majority elected by the American people within the past year based on their campaign commitments to undertake specific actions and engage in specific efforts to address healthcare, immigration, the national debt and a continuing shrinking employment situation that has to date NOT undertaken a single serious legislative action or even discussion in any of these areas, but has rather been the go to vote in both the Senate and House for the Obama administration’s late term political agenda, THAT doesn’t “hurt” a brand that KILLS a brand. When your perspective is a sideshow like Trump while the central actors of the Republican leadership and their supporters in the main event are driving the country to ruin hand in hand with Obama you not only have lost your perspective you have taken a major credibility hit. Trump isn’t pulling voters to him the actions of the “brand” are driving them into his arms. Sad

One thing about Trump which should disqualify him from being a Republican nominee is his statement he may run as a third party candidate if he doesn’t win the Republican nomination. Does anyone remember the pathetic Joe May? He is in the same league as Trump.

I agree ONE HUNDRED AND ONE PERCENT with BIGron. I would vote his post up three times if I could. You bloggers NEVER take on McCain for the invective he incessantly hurls at the conservative rank and file. McCain is rich enough to avoid the collateral damage which illegals inflict, so I am glad Trump hit him below the belt. BTW, my father was a prisoner of war in WW2 and the last thing he would have ever called himself was a hero.

Yet, Mclame’s penchant for calling people “crazies” or “whacko birds” goes unmentioned. Granted, The Donald should have left Mclame’s war record off the record. His work as an incompetent Senator is fair game and should be lambasted. Republicans like Lindsey & Mclame have done an outstanding job tarnishing the GOP brand all on their own.

No arguments on that from me…I’m not defending those guys, only making the point that Trump is playing the whole country for attention and for the aggrandizement of his own ego. The actual conservatives who care about electing an actual conservative president are the ones who are going to pay for it. Graham is right for once that Trump’s a jackass and has no business being commander in chief.

While The Donald is not my guy at the moment, he is dragging the other candidates into issues that need to be addressed, and for that, I applaud him. Instead of jumping on the demonizing bandwagon to support a Mclame, some of those candidates better focus on the issues The Donald is putting into the forefront.

BTW, the people in this video thought making fun of Mclame’s POW status was quite funny. I suppose some people get a pass for being a jackass in the Lame Stream Media. Wouldn’t it be wonderful if they could be fair to everyone. I have a dream!