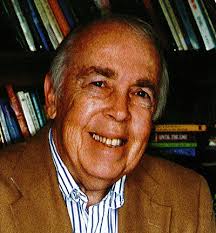 “Every now and then even Bill Buckley got confused; Stan Evans

Coming to Washington as a young lieutenant in the Reagan Revolution in 1981, I had the great fortune and honor of being thrown in the mix with some of the great conservatives of an era.

Last week Stan rested from this life at age 80, to labor in a greater one forever. He has left a movement and a nation so much richer for having been here.

When I got to Washington – I’d never set foot in the town before – I was stunned to quickly learn that far too many the men and women populating the new government and the new majority in the Senate on the Hill were, to put it charitably, not exactly conservatives.

Oh, they called themselves conservatives mostly – because Reagan won – but many were actually more interested with making big government “work” and self-promotion than with the “movement.” It was a bit disheartening to learn this lesson.

But, as fate would have it, great conservative mentors quickly steered me to Stan Evans and his Monday Club meetings on Capitol Hill, where over the years, anyone who was someone came to discuss anything and everything that mattered.

It was a mixing bowl of real conservative thought, stirred up by the utensils of Stan’s great mind and his large heart.

He was a gracious and very funny man – was there anyone with a quicker wit in Washington? Not that I know of.

Was there a quicker defender of bedrock conservative philosophy, or a more insightful expositor on any current crisis? That would be emphatically no.

Was there anyone more ready to engage and help a fellow conservative? This week’s obits on the character and mind of this giant answers the question.

When the weight of Official Washington and the connivance of some of those in his own party began to have its effect on Reagan’s policy direction, there was no more ferocious critic than Stan.

He would tell us that truth and principle would always win in the end. Time proved him right.

I was lucky enough to become friends with Stan (who wasn’t?) over the years and he assisted and commented on my writing and suggested research techniques on many occasions.

I walked into a Monday Club gathering one time, after I had a published a pretty fiery article in theWashington Times that had raised a few hackles.

Stan came over and put his arm around me and congratulated me on the piece, its research and the controversy (which he loved). Then he whispered, “Look in the backseat before you get in the car tonight!” He knew the ways of Washington like the back of his hand.

Many others who knew Stan far better than I did, have written thoughtful and moving comments on his life that speak volumes about the man.

For me, he was a giant because he never bent, he never wavered from speaking the truth. And he never missed an opportunity to try to pass on to others the importance of sticking with and communicating the truth. No matter what.

His vast reporting and commentaries over the years, his foundational work with William Buckley and others in building Young Americans for Freedom (YAF), CPAC, and later the National Journalism Center (that has trained countless conservatives in the tradition of truthful and well researched journalism) stand as monuments to Stan.

His many books (especially The Theme is Freedom, Stalin’s Secret Agents, and Blacklisted by History) are still must-reads for conservatives.

M. Stanton Evans has passed on, and with him a long line of post-War II conservative heroes is closing fast.

But Stan would be the first to remind us: an era passes, but the truth doesn’t.