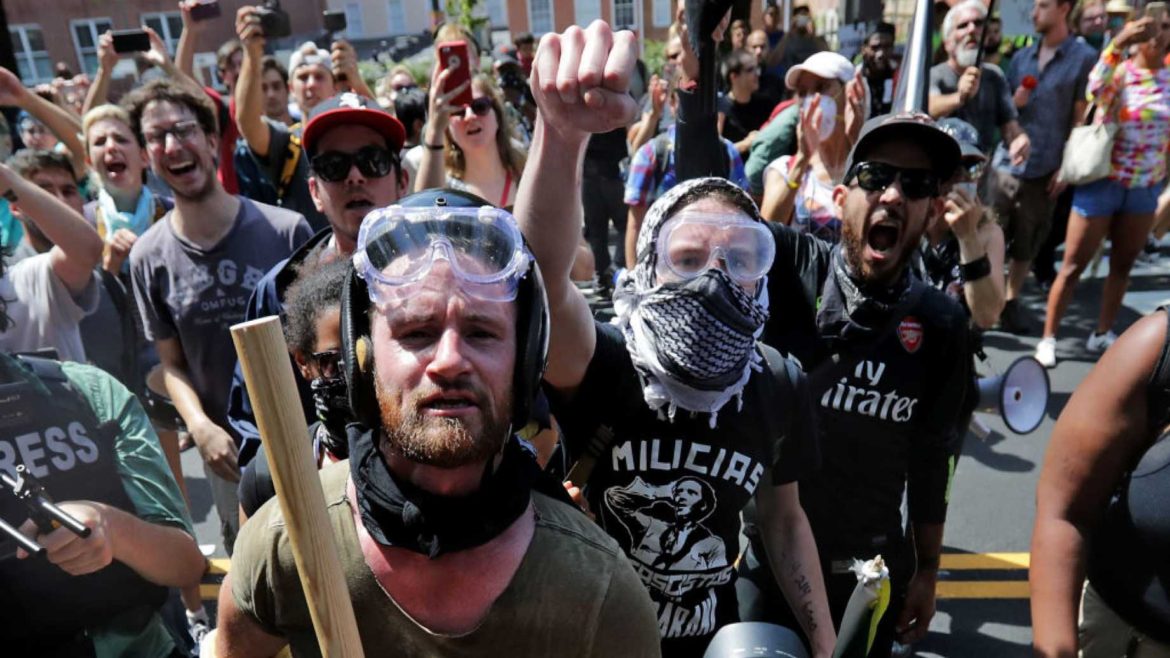 Despite numerous documented and videotaped tirades of violence from leftist groups such as ANTIFA and BLM, mainstream media such as the New York Times and the Washington Post continue to call them ‘peaceful protesters’.  See here and here as both papers lay their augmented claims to reality.

TBE has previously reported on local groups terrorizing the citizens of Richmond; yet has anyone noticed the slimy mud holes from which this filth seeps? Well, in the back of the astute observers mind this really isn’t a question nor a surprise. The tie that binds for all these left wing (let’s go ahead and call them terrorists) groups is none other than the modern American university.

From the vicious attacks on journalists and residents as noted in the previous link to the white nationalist clashes in Charlottesville to the recent suppression of free speech in Boston; nearly all ANTIFA and World Worker Party terror attacks have occurred within 1 mile of a wayward institution of higher learning.  From VCU to UVA to Harvard, there are mounds of circumstantial evidence to suggest this hateful and vengeful leftist agenda is cultivated and enabled by liberal academia.

Look, Nazi groups and KKK white nationalists have no place in a free society. I totally disavow every one. Yet is the enemy of my enemy my friend? These groups pose a threat, yet the leftist groups may perhaps compose an even greater danger due to the way we view them. Perhaps this is why they are given a pass for punching elderly trump supporters, stealing and desecrating American flags and throwing urine-filled glass bottles at police officers.

You see, the ANTIFA and WWP are enabled by their college academia under the veil of liberalism and in a similar way BLM is enabled by communities under the veil of equality. Their violent extracurriculars go unrequited by the progressive college leadership and their agenda. I remember myself how my professors railed against Bush and the university distributed free copies of the NYT in the dining hall (despite the fact we were 1,000 miles from Manhattan). We are not in a compromising position where we need to negotiate with ANTIFA, and we shouldn’t bother to negotiate with terrorists anyhow.

As I have before, I call on VCU president Michael Rao and other university leaders to include ANTIFA, BLM and all rhetoric of virtue seeking identity politics (check your privilege bro!) on campus in their new audit of offensive symbolism that was announced this week. An education is what you have years after the words from the pages of your textbooks are forgotten. Students need to be taught to think for themselves, not to cling to a dogmatic political agenda.