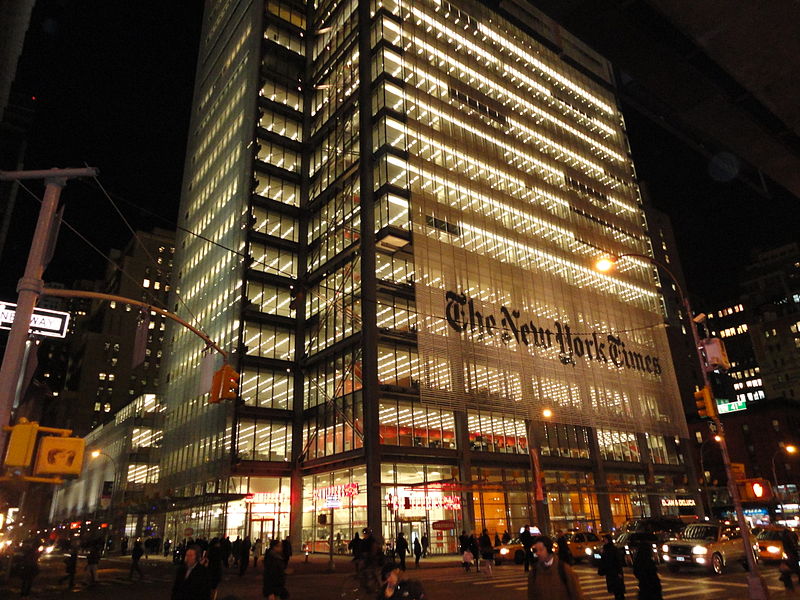 “Are the revolts at the Philadelphia Inquirer and The New York Times the last nails in the coffin of free speech?”

Over the years I’ve written extensively on free speech, both in the United States and in Europe, reporting on the coordinated and increasingly effective attacks by the liberty-haters and the godless foot soldiers of the radical, socialist left – while lamenting that conservatives and traditionalists have only offered a feeble defense of the most valuable real estate human freedom owns.

It’s no coincidence that in the United States, the attacks on freedom of speech have seen steady bombardment on the Constitutional order and the institutions and traditions of our civil society.

Benjamin Franklin described the process perfectly over two centuries ago. “Whoever would overthrow the liberty of a nation must begin by subduing the freeness of speech.”

Putting skin on this truth, the Democrat Socialist Party, assorted Marxists, and communist groups have converged on that battlefield for generations now. They have gone after academic freedom, freedom of association, freedom of thought, family, sex, gender, the rule of law, and race with a grim determination.

The damage has been extensive. Each area of civic life now has an approved speech code. You may say this, but not that. You must publicly support this or be labeled a denier, even on issues of known science and biology. Your moral code must accept this morality, or none at all.

There is zero tolerance for even rational reservations in public.

And there is an ever-increasing ratcheting up of consequences for improper speech or public judgments, from public shaming or doxing, to punitive legal barriers, local, state, and federal rules and regulations, disruption of financial access, corporate boycotting, to name a few.

Now, what has traditionally been understood as the unbiased, neutral “mainstream” media, both the print and broadcast network news, is in the final decades-long descent into a full political apparatus of the radical left, joined by the social media platforms and Hollywood.

Journalistic standards and canons have been progressively corrupted since the Vietnam War and Watergate, even though the corporate structure of the mainstream media has tried to maintain its public perception of being “reliable” and “factual” news reporting, based on its self-certification of truthfulness.

In just the last week, we’ve seen two major papers, The Philadelphia Inquirer and The New York Times, lose executives over what some would call common sense. Merely stating observable truths about the riots, destruction, and multiple police assassinations cannot be allowed.

The Inquirer’s senior editor, Stan Wischnowski, fell to a staff revolt of forty-four writers who objected to an article titled, Buildings Matter Too, lamenting the destruction of businesses that employed, or in some case were owned by African Americans. It was an insult to the Black Lives Matter movement to concern ourselves with destroying the livelihood of black American’s, the radical’s claimed. And there would be zero tolerance for disagreement.

The New York Times fell to the radical mob last week as James Bennet, the Editorial Page Editor, was sacked after a similar staff revolt. Mr. Bennet’s crime was publishing a point of view by sitting U.S. Senator Tom Cotton (R-AK), who suggested the use of federal troops using the Insurrection Act to quell the violence across the nation. Regardless of one’s opinion on the use of the Act as a policy, it’s hardly an unusual or radical proposal. The Act was used by President Eisenhower, Kennedy, Johnson, and Bush (41) for similar uncontrolled violence.

It is also customary on the NYT’s editorial page to print legislator’s opinions from both parties. (The pages of the NYT’s have even hosted some of the vilest people to grace history; Hitler, the Taliban, Maduro, Putin, Erdogan among them; and also promoted thugs like Stalin by lying about his mass murders, or continually portraying Fidel Castro as a hero, to name but a few.)

Are the revolts at the Philadelphia Inquirer and The New York Times the last nails in the coffin of free speech? Will conservatives even show up for the funeral?

One member of The New York Times revolt, staff writer Nikole Hannah-Jones, went on CNN’s “Reliable Sources” Sunday to explain the internal kerfuffle, stating that “[the staff of the NYT’s] don’t just hand over your platform to someone that powerful [Senator Cotton] making assertions that might have been unconstitutional and, most certainly, some of them were not accurate.”

While not explaining this historically ridiculous statement, Ms. Hannah-Jones continued, “So, yes, we do absolutely believe that his [Sen. Cotton’s] views should be aired, that it is necessary that we know someone with this power thinks this way, but that’s a different thing altogether than simply allowing someone to say things that are not true.” She concluded, saying, “Many of us journalists said there should have been a news article where his views were aired.”

Senator Cotton must be heard (if at all) through a filter, is what she is proposing, of course.

[Ironically, Ms. Hannah-Jones gained prominence by writing the first essay for the “1619 Project,” which has since been debunked as inaccurate and disregarding verifiable facts by scores of the nation’s most prominent historians, one of whom accuses the project of the “displacement of historical understanding by ideology.” The ongoing “1619 Initiative” from The New York Times Magazine has, as its goal, the rewriting the history of African-Americans, focused on the claim that the actual founding of America was 1619 and the sale of slaves in Jamestown, Virginia. The “1619 Project” is already used as a resource in 3500 schools across the country.]

The mainstream media is dead. There is no realistic hope of its revival. The internet platforms such as Twitter and Facebook (ironically protected by their federal license status) have turned into rouge authoritarians, deciding what fact is and what is “misinformation.” Hollywood is now the de facto dispenser and filter of “normal” moral values.

The year 2020 may not be remembered for the Wuhan pandemic or the race riots that destroyed the economic center of five major cities. Instead, it may be recognized as the point of no return, where the most sacred right of a free people was surrendered without even a whimper, much less a fight.

[…] it, even banned the White House press secretary, Kayleigh McEnany. This past summer, as I reported here, two editors, one at The Philadelphia Inquirer and the other at The New York Times, were sacked […]