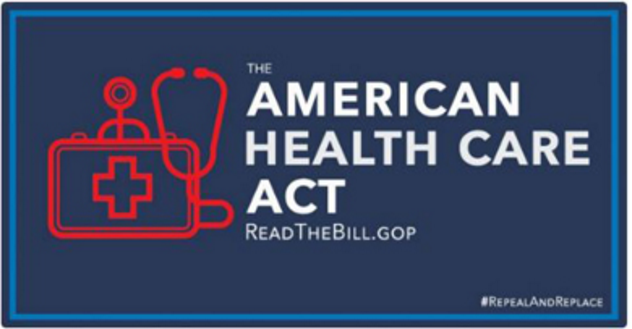 For many years in Washington, reforming Social Security or Medicare was considered “the Third Rail” in politics.  In other words, the message to politicians was:  “Don’t touch the issue.”

But for the last 30 years, “comprehensive health care reform” has been a Fourth Rail of national politics.

The buzz saw of opposition President Trump and GOP leaders in Congress face with their American Health Care Act (AHCA) to “repeal and replace Obamacare” is symbolic of that.  Conservative Republicans don’t like it and of course, the “Resistocrats” (my new name for the Democrats) don’t want to help at all.

It’s all reminiscent of the various on/and off efforts I have seen since I began covering health care and the life sciences industries as a reporter in 1986.

Since that time, I have seen the 1987 Catastrophic Health Care effort (with prescription drug benefit for seniors) pass, only to be repealed in 1990, “Hillarycare” go down the tubes in 1994, leading to a GOP takeover of Congress that year, and of course, Obamacare in 2009-2010.

In some respect, the entire debate over the AHCA is a distraction from the President’s Main campaign pledge – creating more jobs and better trade deals.  These are two areas where Democrats and Republicans and liberals and conservatives can agree on.

And, a better economy with more jobs and growth can yield health care benefits!

Trump’s campaign, which I backed from the day he announced his candidacy, woke America up to the bad trade deals and inequities that have cost this nation some 60,000 manufacturing plants and 4 million manufacturing jobs since the 1990s (NAFTA included in that number).  It was also about strengthening our military, border security and deporting illegal aliens, who are straining our social services.

Read this study on the connection between job growth and insurance and you will see documented evidence that a strong economy helps cut down on the uninsured.  A key factor in why there are still some 24 million Americans without insurance is the anemic 1% annual growth under “Obamanomics.”

The problem with mucking with Obamacare NOW, in the first year of Trump’s term, is that Republicans may repeat the same mistake the Democrats did in Obama’s first year in office – essentially, use their majority to railroad a health care plan without support from the minority party.

So, if the AHCA fails in its implementation and we wind up with millions of lower income Trump voters without insurance or no change in premiums, Republicans will “own the problem” the way the Democrats lost control of Congress in part due to their Obamacare “disaster.”

The lack of bi partisan support are major reasons past national health reform efforts fail, like Hillarycare in 1994.   The 2003 Medicare Part D prescription drug package, however, passed with bipartisan support and has helped reduce mortality for millions of older Americans.

Here in Virginia, Gov. Terry (McAwful) McAuliffe (D) tried to get the General Assembly to expand Medicaid, without support from the GOP majority, and it was blocked.  Republican delegates and senators have not suffered any political blow back on this.

However, on Capitol Hill, there seems to be broad bi-partisan support for better trade deals and jobs – i.e. the supposed $1 trillion infrastructure bill, which has not seen any light of day, to my knowledge.   This is where Trump and the Republicans in Congress need to be putting their political capital.

Indeed, many Republicans do not like spending money on “highway pork.”  But infrastructure spending, like military spending, could provide jobs for lower income blue collar folks and bolster our party’s base for the 2018 elections and beyond.

This investment, however, must be coupled with deregulation of onerous and antiquated agency reviews for highway projects. The lack of regulatory changes defeated the economic impact of  Obama’s 2009.  Plus, deregulating our onerous review process for highways, airports and transit systems will also help in the long run.

Thus, “repealing and replacing” Obamacare – only to supplant it with a system that could fail again – might not be the wisest course of action in the first year of a new administration, nor help Republican efforts to broaden the party base and make good on its 2016 campaign promises.    It might be better to pursue infrastructure now, and not wait til year’s end, which is what Trump is planning.

It also is not certain that GOP changes in Obamacare will really help cut down on the uninsured, as some 20 million uninsured Americans chose to pay the Obamacare individual mandate “tax” or got a “hardship exemption” from the IRS.  The adage “One can bring a horse to water, but cannot force it to drink” just might be applicable.  Click here to read an analysis of who the uninsured are and why they don’t buy health insurance

On the other hand, perhaps AHCA is being offered in this three-phase manner so if it does fail, Trump and GOP leaders in Congress can force the Democrats to play ball on health reform.  Trump has said:   “We could give it a year and watch Obamacare implode and blame the Democrats.  But that would not be the right thing to do.”

But this could be the scenario that enfolds.  Politicians often do not act until they have their backs to the wall — as we learned with the “Fiscal cliff” issue when Congress finally passed a spending and tax cut package on New Year’s Eve 2013 with hours to go.

I hope Trump and the GOP in Congress are successful with health reform.  But the best solution for our nation is annual growth in jobs and income which in turn will bring prosperity, and yes, better health insurance for people in need.  In other words, stay focused on MAGA – -Make America Great Again, not Make Health Insurance Great Again.