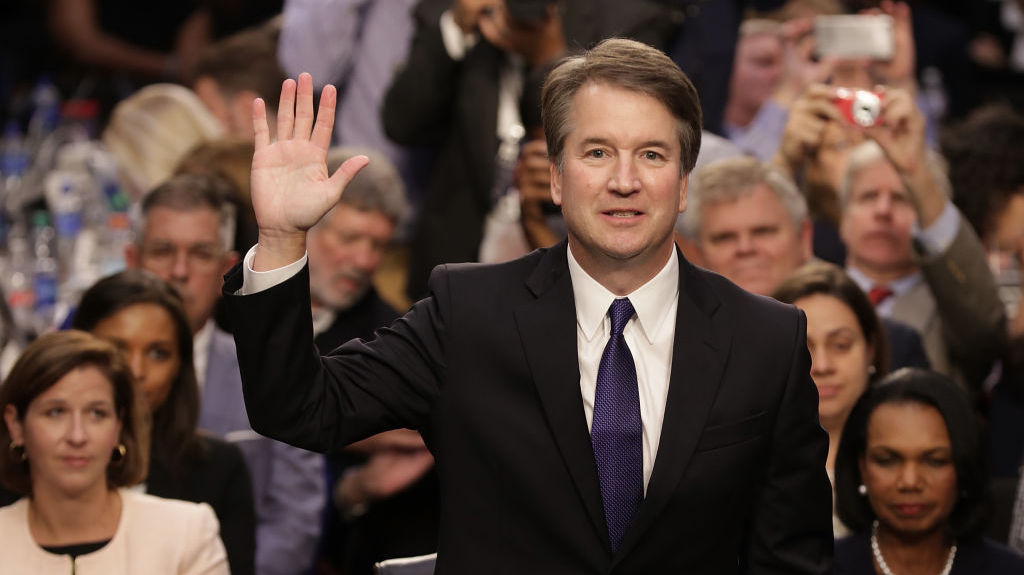 Back in July President Donald Trump nominated Judge Brett Kavanaugh to the United States Supreme Court, and we are in the middle of what has become a predictable circus for every Republican nominated candidate.

Republican Senators take the responsibility to evaluate presidential nominees very seriously. That has been especially true for nominees to our nation’s highest court. Even those nominated by Democrats. Try to find a nomination hearing on an Obama nominee that was even a distant reflection of the chaos we have seen on judges Gorsuch or Kavanaugh.

When Americans, through their elected Senators, consider nominees for the Supreme Court, The reasoning should be to not look for a person who promises a particular outcome on a case or to overturn existing precedence. Instead, we should be looking for a person whose record reflects experience, fairness, and respect for precedence and the Constitution as it is written.

It is such a shame that we are losing the desire to evaluate Supreme Court nominees-based on the nominees’ qualifications and whether their record demonstrates a commitment to faithfully applying the text of our Constitution and the laws passed by Congress. A nominee who embraces the concept that the Constitution assigns legislative authority to elected representatives in Congress.

Since the president nominated Judge Kavanaugh, he has met with most of the US Senate. During those meetings, Senators report wide-ranging discussions about his strong commitment to the separation-of-powers system, the court’s responsibility to ensure that federal agencies properly execute laws passed by Congress, and the importance of respecting precedent to promote stability in the law.

Americans need to understand how important it is for government agencies to be confined to their authority under the law. And Judge Kavanaugh has a record of holding agencies accountable.

When President Obama’s EPA refused to properly consider the costs of a major regulation targeting coal-fired power plants, Judge Kavanaugh wrote a dissenting opinion at the D.C. Circuit. The Supreme Court later adopted Judge Kavanaugh’s reasoning, one of 11 separate times the Supreme Court adopted one of his decisions.

Guess how many times Obama appointee Elana Kagan had an opinion upheld by the Supreme Court? The answer is zero. Why? Justice Kagan had never sat a day on any bench as a judge. Yet she is a Supreme Court Justice today, having been confirmed on a 63–37 vote. ZERO JUDICIAL EXPERIENCE! Democrats have some nerve adamantly opposing Judges Gorsuch and Kavanaugh and their deep judicial experience and temperament.

No credit has been extended by the so-called liberal champions of women in the Senate to Judge Kavanaugh’s strong commitment to providing more opportunities for women at the highest levels of the legal field. In fact, more than half of Judge Kavanaugh’s law clerks have been women, and he employed the first all-female class of law clerks in the history of the D.C. Circuit Court.

Despite his strong record of judicial service and his exceptional qualifications, most Democrat Senators have already closed the door on considering Judge Kavanaugh. Both Virginia Senators Kaine and Warner have signaled they are ceding their votes to Chuck Schumer rather than the will of Virginians and the rule of law. The day Kavanaugh was nominated,  Schumer announced he “would fight this nomination with everything I’ve got.”

Much of the opposition to Judge Kavanaugh involves speculation about how he might rule in particular cases. I believe that is always the case with liberals. They depend on furthering their agenda through judicial fiat, rather than an unsympathetic voting box.

In a speech last fall, Judge Kavanaugh said “The American rule of law, as I see it, depends on neutral, impartial judges who say what the law is — not what the law should be. Judges are umpires, or at least should always strive to be umpires.”

Because I want a Supreme Court Justice who will impartially apply the Constitution and the law as written, I don’t believe that nominees should be required to promise to rule a certain way on a particular case or political philosophy as the price of securing a senator’s confirmation vote.

Accountability to the American people is diminished when unelected judges pursue their own policy goals. The last thing the Supreme court needs is any justices that approach legal cases as vehicles to further a political agenda. Justices Ginsburg, Breyer, Sotomayor and Kagan often write opinions that have no constitutional foundations at all.

If we are truly looking for a fair umpire, then a nominee with Judge Kavanaugh’s strong record of applying the text of the Constitution and the law should be confirmed with overwhelming support. But he won’t be.

President Trump made clear during his campaign that he would appoint judges with respect for the Constitution, period. He kept his commitment to the people of the United States when he nominated Brett Kavanaugh. Promises Made, Promises Kept, or to coin a new phrase Making Justice Great Again!