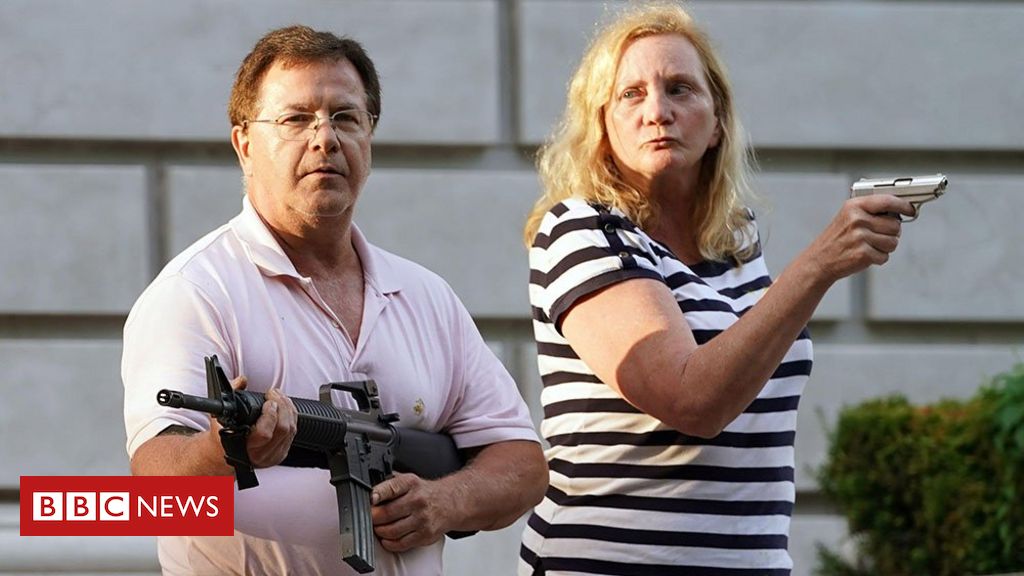 Within the past year, there have been a number of criminal cases that arguably constitute malicious prosecution by either radical prosecutors or as a result of community pressure.  These cases are unique in that they flip the argument for self-defense into one of politically correct charges of assault and murder.  The following cases apply:

In St Louis, Mark and Patricia McCloskey were confronted by a large crowd of Black Lives Matter (BLM) protestors who had entered their community through an iron gate (which was broken at some time during the protest).  Individuals in the BLM group harassed and threatened the McCloskeys and trespassed on their personal property.  The McCloskeys responded by showing a rifle and handgun to warn against further intrusion.  The McCloskeys were immediately charged with brandishing, a felony.  It was not until months later that some of the BLM protestors were charged with trespass, a misdemeanor.

In Kenosha, 17 year old Kyle Rittenhouse was attempting to guard the business of a friend against ANTIFA rioters.  During the chaos of the riot, Rittenhouse became isolated from the police while he was attempting to put out a fire.  He was chased by some of the ANTIFA rioters who fired a shot or shots.  At some point he tripped and fell to the ground, – and was then set upon by a number of rioters.  In the chaos, he shot three of the rioters, killing two.  He has been charged with felony counts associated with assault and homicide.  Of interest, all three of the individuals he shot were felons.

In Omaha, Jake Gardner was defending himself and his dad against a violent BLM mob.  During the altercation, he became involved in a scuffle which ended up with him on the ground.  To defend himself, he shot his BLM attacker after firing warning shots.  The Omaha District Attorney declared it self-defense but then, under political pressure, turned it over to another (federal) prosecutor who constructed a case of assault and homicide charges.  Subsequently, Gardner, a former marine and bar owner, committed “suicide????”.

All of these incidents have one thing in common – either malicious prosecution or the appearance of malicious prosecution.  However, there is something more sinister at work here – a subtle albeit obvious attack on the second amendment.  If self-defense using a gun is criminalized, then the use of the second amendment right is clearly dangerous to any honest citizen.   (The message from the radical socialist left is if you use a gun to defend yourself, you will be savaged through the manipulation of criminal law and by the politics of social justice.  To complete its revolutionary change to America, these socialist revolutionaries must delegitimize the use of a gun to protect property, family and self.)

There is at least a bit of justice possible here.  The McCloskeys, both of whom are attorneys, have taken their case public and forced St Louis’ radical prosecutor to file trespass charges against the BLM Protestors.  Kyle Rittenhouse is being defended by attorneys associate with Lin Wood who helped Nick Sandmann win his defamation of character suits against the mainstream media.  Nothing can bring back Jake Gardner, but the corruption of the justice system is so obvious that political change and a very expensive civil judgment will likely bring some solace to the family.

I quote Winston Churchill: “If you will not fight for right when you can easily win without bloodshed; if you will not fight when your victory is sure and not too costly; you may come to the moment when you will have to fight with all the odds against you and only a precarious chance of survival. There may even be a worse case. You may have to fight when there is no hope of victory, because it is better to perish than to live as slaves.”