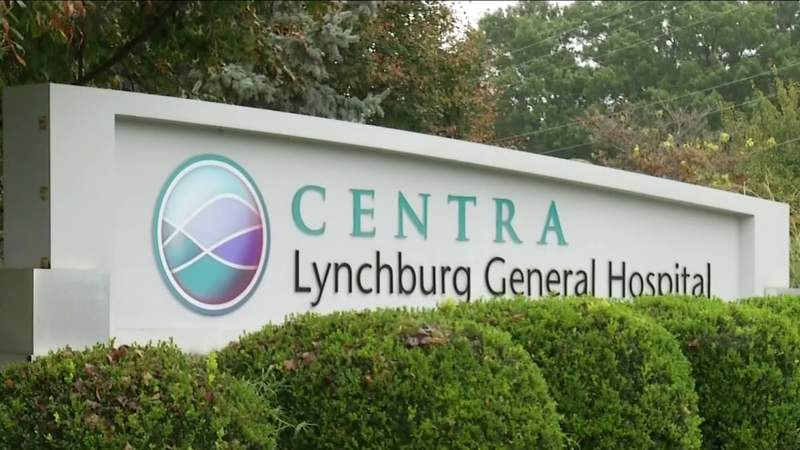 Why has Centra Health climbed on the vaccine mandate train?

COVID-19 has an overall survival rate of 98.4% and much higher for most demographics.  And that was with five Democrat governors pressuring nursing homes to admit patients who had been hospitalized for COVID-19.  AARP data shows 186,000 (28%) of COVID-19 deaths in the U.S. were people in nursing homes.

A recent study in Israel unsurprisingly affirmed that getting COVID-19 builds a stronger immunity than Israel’s most used vaccine.  So why are vaccines being pushed on those who actually had the virus?

While the pro-vaccine side rightly claims the adverse effects and deaths in the thousands who were vaccinated is a small percentage, they reject that logic for the virus itself.   While many who suffered after the vaccine had compromised health, the same is true for those who suffered from the virus.  Heart-breaking stories have been used by both sides; but what really matters, especially for policies, are percentages and demographics – age, health and population density.

Forced vaccination, especially with such a woefully weak case, builds distrust.  It divides our nation and community.   It will strain our local healthcare system as workers feel forced to choose between their health and their job.

Indeed, the mandate by Centra just does not seem to make sense … until you follow the money and consider that a huge portion of Centra’s budget comes from state and federal governments.

While the Democratic Party claims to work for the regular person, once elected, Democrats eagerly use big corporations to shred our constitutional protections and force a mindset of mindless submission into citizens.  Don’t be fooled again this November.  Vote to empower regular people, not elitist politicians.

When dealing with areas that most people lack expertise, trust is needed; and that requires honesty, openness, respect and tolerance.

It is a basic question. If you have natural immunity because you have had COVID or possess the antibodies, why do you need a vaccine? What’s the point?

Pfizer is expected to release a pill that helps TREAT people infected with COVID. The pill is in addition to the vaccine. So ——— if you get sick with or without the vaccine, the pill will hopefully work.

Did you actually read what you are posting? Even the stupid thing framed as liberal fact checking always does… frames the question in the way it wants…

For example… Go see where Snopes fact checks: “Did Obama claim he visited 56 states because he is referring to Islamic states”
No… that wasn’t the issue. Obama says clearly in his speech that he visited 56 states. But Snopes likes to address its own issue… that raycists are assocaiting him with Islam… NO… anyone who said 56 states is a dumbass…

I digress. They rate it as Half false… that is natural immunity. Do you know anything about how science works Johnny? It is based on many many little bitty studies that are often contradictory. And now it is perverted with politics…

See the Lancet study that had to be retracted on Hydroxycloroquine… The author’s data could not be replicated nor confirmed. The Lancet had to retract it.

I personally know a dozen fully vaxxed people who got sick with covid… some very sick after being vaccinated. I should not know 12 people if this vaccine were truly the magic bullet.

Did you get the polio vaccination? Did you know twelve people who got polio after they got fulled vaxxed?

To say that people who got the virus are not on an equal footing or better than the vaccinated is complete bullshit scientifically..

Your “Fact” checkers should stick to whether Biden looked at his wristwatch when meeting dead soldiers families.

“I personally know a dozen fully vaxxed people who got sick with covid… some very sick after being vaccinated” Family friends in healthcare tell us that the information being withheld from the public is that the percentage of people admitted to the hospital for COVID who have been vaccinated is very high.

The liberal communists are mandating the vaccine. It is the mark of the beast and a way to expand 5G broadband for the wireless companies. I read online that Verizon and AT&T paid Biden to expand the vaccine efforts so they could expand their 5G networks on the cheap. Those who are vaccinated are sheep who hate this country and are willing to give in to bringing the truth of Revelation into reality in the 21st Century.

Israel… the most vaccinated country in the world now has more covid cases than at the previous high point when vaccines were not yet available on a mass scale.
They are calling for a third, and now… a fourth vax… guess you’ll be giving Joe Biden’s favorite big pharma company hundreds of billions of dollars as you take a booster every four months or so..

“Israel… the most vaccinated country in the world…”

Actually not true. What is true is that not having enough of the population vaccinated and early lifting of social distancing requirements has given Covid Delta new life there…. (Sound familiar…??). What is saving Israel from losing lives like the peak Delta stage…?? The Covid vaccine… that is clear as day…

“The country jumped out ahead of all other countries on vaccines, and 78% of eligible Israelis over 12 years old are vaccinated.

But Israel has a young population, with many under the eligible age for vaccination, and about 1.1 million eligible Israelis, largely between the ages of 12 and 20, have declined to take even one dose of the vaccine.

“We have a very large fraction of our population who are paying the price for a small fraction of the population who did not go to get the vaccine,” said Eran Segal of the Weizmann Institute of Science, who advises the Israeli government on COVID-19.

Unvaccinated people helped fuel the rapid spread of the virus while the country remained open for business in recent months with few serious restrictions.

“That will lead to mass infection, which is exactly what we are seeing now,” said Segal.”

No Eric… this is his opinion. You get the vaccination because it may help you survive covid… maybe it mitigates the symptoms. You can’t vaccinate out of a corona virus. It isn’t polio or small pox… vaccinated people are getting covid and spreading it…

Did you see Fauci and Wallensky with their masks on? Someone puts a mask on Dopey Joe too… after they change his diaper…

Hey I just got a call from a friend who was double vaxxed… she and her daughter, both double vaxxed got sick with covid!!!

So you see Eric… it isn’t working. The only shot you had for a vaccination would be if YOU VAXXED everyone within days AROUND THE WORLD Eric… and you locked down countries one hundred percent when that happened… And that is no guarantee.

I am sure that you are all for stopping mass immigration right Eric?

See Eric… corona virus is really good at mutating. Get the shot though… I guess it is safe enough perhaps to help you not die from covid. But the religious fervor over the fking vax is’n’t warranted….

Pray with me Eric… In the Name of the Fauci, the Vaccine and the Holy Science…

In a way, this is correct (sans the hyperbole) but Conservatives (for some unknown reason) actively worked against the goal of mass vaccinations. They own the responsibility for the surging Delta variant and future variants. To this day, our best chance of stopping it is vaccinations and still Conservatives work to kill people with their anti-vaxer campaign.

Science… my ass… It’s been politics and bullcrap.. and Fauci and his ego. Big “science” doesn’t like to let you know this… but look at how they work. They get millions of dollars… billions of dollars from NIH… and these scientists are often in revolving door situations with big Pharma.. and NIH scientists have their own patents. Fauci has patents for several foundational elements of drugs. Now he claims he gives away the money. There is actually no way to know that… but ok maybe he does. But in 2005 an AP report made NIH disclose this.

And here.. despite billions of dollars in grants, at the beginning of the pandemic… remember the 6 foot rule… it has about as much foundation as the two second rule for picking up food from the floor and eating it.. The scientist had no idea about how viruses spread in detail… I mean what size particles would infect you… how much etc etc.. Covid is a corona virus by the way before one of your trolls responds. “Science” should know about how droplets are trasnmitted… they did NOT! Those screens they put up… worse than useless because they concentrated air.
And now… the vax…
It causes you to produce antibodies.. and guess what… those antibodies fade… it seems like six months in Israel… so now you need a booster…. The vax taught your muscles to produce antibodies specifically to the spike protein… and over time they go away. Catching covid is now according to the science.. probably better than the vax. Because your immune system is more than just circulating antibodies which fade over time… got T cells and natural killer cells… the response from getting covid engaged that. The Vax? it prompt antibodies. That all folks… and Covid is mutating and those antibodies fade…

These idiots going around talking about science and vaccines.. and mandates. You would be on firmer ground for a mandate if the damn vaccine was more effecitve than it is over time… and covid was so good at mutating like all coronaviruses.

And for Damn SAKE… leave people who had covid THE F>>K ALONE!! They are more protected than you with your damn vaccine…

But let’s pray:
In the Name of the Fauci… the vaccine and the Holy Science
Amen
And
Awoman