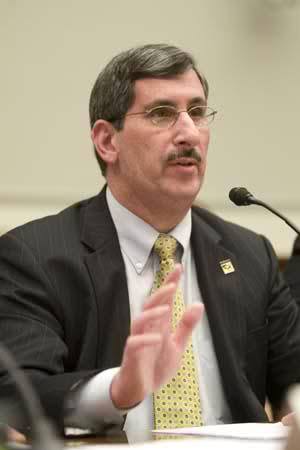 People in the 10th district may remember conservative Marc Savitt when he ran in a primary for Congress against Barbara Comstock in 2014. Unfortunately he finished last, getting a mere 1.6% of the vote.  Today Savitt announced that he is running again, this time in West Virginia’s 2nd Congressional district.

Savitt is running for the seat currently held by freshman Congressman Alex Mooney who narrowly beat his Democrat opponent in 2016.  West Virginia Democrat party chair, Nick Casey, lost by a mere 3% and it is thought he will again challenge Mooney for the seat.

“Washington is broken, and it won’t be fixed by professional politicians who are more interested in grand-standing and scoring political points off their opponents, than they are in governing our country,” said Savitt.

In the coming days, the Savitt for Congress campaign will be launching an interactive campaign website (savittforcongress.com), and releasing details on Marc’s plan to grow the economy. Savitt is also launching a listening tour of the 17 counties of the 2nd district and will be hosting his first tele-town hall meeting later this week to answer questions from voters. He will also discuss ideas about how we can work together to grow our economy and tackle the very serious issues facing our country.

“Statesmanship, rather than gamesmanship, is what we need in our Nation’s capital, and as someone who has been on Main Street West Virginia for 30 years, I know that Washington needs a good dose of the values that make our district great,” said Savitt.

Marc Savitt, who lives in Jefferson County, has been a fixture in the state’s business community for more than 30 years. He is the owner of The Mortgage Center, West Virginia’s oldest mortgage company. His experience as a job creator and problem solver has earned him a seat at the table as a frequent expert witness before Congress, where he has testified over a dozen times before the House of Representatives and the U.S. Senate. For the past 16 years, he has chaired two national trade associations, who defend small business and consumers in Washington. When he’s not testifying, Marc regularly meets with federal agencies, who he feels have too much power.

“Congress has surrendered it’s authority to write law to the bureaucrats at the federal agencies, who are both unelected and unaccountable to the people of this great country. These bureaucrats enact rules and regulations with little or no experience in the industry they’re regulating, and yet their regulations have the same effect as law. Coal and housing are just a few examples. When I get to Congress my first bill will be to make Congress more accountable for the rules and regulations coming out of Washington and to put the bureaucrats on notice,” said Savitt.

In 2003, Marc’s negotiating skills enabled him to work with both sides of the aisle in West Virginia’s Legislature to repeal a consumer sales tax. He will use those same skills in Washington to represent West Virginia’s 2nd District.

Marc is married to Cheryl Carpenter Savitt, who was born and raised in Romney. The couple has 4 grown children and 5 grandchildren.