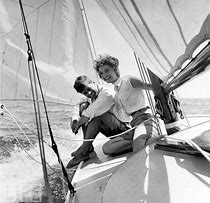 (First in a series.)

A mystery candidate is one who runs on his persona, his deportment and possibly on his wardrobe, while keeping his intended policies and governing style veiled from the voters. In the â€œmodernâ€ American era â€“ i.e., post-1960 â€“ presidential mystery candidates have been Democrats. In fact, itâ€™s correct to say it the other way round: that all Democrats who have won the presidency since 1960 have done so as mystery candidates. In this series of articles Iâ€™ll review the campaigns and presidencies of John Kennedy, Jimmy Carter, Bill Clinton and Barack Obama. And Iâ€™ll conclude with comments on how I see mystery candidates playing out in 2020.

First we had John F. Kennedy. The handsome Irishman charmed millions of young voters â€“ particularly young women â€“ with his wind-tousled hair and quaint New England accents: e.g., â€œCuberâ€ and â€œwe can do bettah.â€ A mild recession brought on by the 1959 strike in the steel industry, plus growing public uneasiness about a â€œmissile gapâ€ between us and the Soviet Union, helped Mr. Kennedy argue that it was time for a vigorous, young Democrat to pick up the baton from the failing hands of 70-year-old Dwight Eisenhower. JFKâ€™s youthful persona was a strong asset â€“ a marked contrast with the somewhat sinister image Mr. Nixon projected in the first-ever televised debates. Viewers thought Mr. Kennedy won the debates, but voters who heard them on the radio thought the opposite. Mr. Nixon was more knowledgeable, but JFK looked great.

JFK said very little about how he would govern or what his policies would be (except â€œwe can do bettahâ€) , but his media cheerleaders assured us that it was bound to be great. After all, wasnâ€™t a Democrat in the White House the â€œnormalâ€ way of things? We had Democrat presidents for twenty of the past 28 years. Besides, Jackie was smashing. And those pix of JFK with his photogenic family sailing off Nantucket!! What a guy!

Assisted by votes from thousands of dearly-departed Dems in Illinois, election-shenanigans in West Virginia and Texas, and dadâ€™s deep pockets, Johnnie-boy squeaked to a narrow win. The election-fraud was so obvious that Ike advised Mr. Nixon to contest the results and ask for a recount. But RMN declined, saying that it would be â€œbad for the country.â€

So began the fabled â€œCamelotâ€ of JFKâ€™s brief tenure: stylistically, a triumph; but in substance, a mixed bag. A detailed critique isnâ€™t possible here, but itâ€™s safe to say that Mr. Kennedyâ€™s mystery candidacy produced a surprise-presidency in at least four areas, which Iâ€™ll summarize briefly:

1. Foreign policy. After it became clear, in 1959, that Fidel Castro was a serious commie, Ikeâ€™s CIA made plans to regain control of Cuba via invasion by a cadre of expatriated Cuban â€œfreedom fighters.â€ Success of the venture depended on air support from the USA, but when the kickoff came, in April 1961, JFK welshed on the air support, leaving the invasion troops high and dry. The venture failed, and Mr. Kennedy received a political black eye.

A summit with Soviet leader Nikita Krushchev, in mid-1961 â€“ for which analysts said Mr. Kennedy was â€œunpreparedâ€ â€“ evidently made an impression on Chairman Krushchev. Insiders said that Comrade Nikita â€“ a serious tough guy who had held Stalingrad together during the 1942 German occupation â€“ believed Mr. Kennedy was a lightweight who could be had. The result was the â€œCuban missile crisisâ€ of 1962. Media acolytes proclaimed that JFK had â€œstared down the Soviets,â€ but the real story was that Mr. Kennedy secretly agreed to remove our missiles from Turkey in exchange for the USSRâ€™s removal of their missiles from Cuba. The truth of that quid pro quo did not emerge until years after Mr. Kennedyâ€™s assassination.

2. Economics. Being a rich guy â€“ the son of a wealthy man whose fortune was self-made, not inherited â€“ JFK didnâ€™t hold with the time-honored Democrat practice of â€œsoaking the rich,â€ via high taxes, and redistributing it to the masses. Instead, he favored lower tax-rates across the board, on the theory that â€œa rising tide lifts all boatsâ€ â€“ a maritime metaphor that resonated with voters who knew that Mr. Kennedy had emerged as a genuine war hero after his PT-boat service in the Pacific. His radical plans to cut tax rates at every income level appalled the New Deal holdovers in his party, but Mr. Kennedy forged ahead with drafts of legislation. He died before the new laws could be passed, but his successor, Lyndon Johnson, pushed the changes through in 1964. The lower rates boosted the economy through the 1960s, into Richard Nixonâ€™s presidency, furnishing funds for the Vietnam War and producing a balanced budget in 1969.

3. Social Issues and Crime. Possibly the biggest surprise of Mr. Kennedyâ€™s tenure was his determined campaign to undo racial segregation. Sending troops to quell disturbances at Ole Miss University, stemming from the enrollment of black student James Meredith in the fall of 1962, was a clear signal that JFK did not support the Jim Crow laws and customs that had been in effect in the South since the Civil War. This was a serious disruption of Democratsâ€™ Big Tent strategy, which had always relied on Southern support. It was the beginning of the end of the Solid South, which had carried Franklin Roosevelt and Harry Truman to five consecutive presidential terms.

U. S. Attorney General Robert F. Kennedy, JFKâ€™s brother, also launched an ambitious campaign against organized crime which surprised the country â€“ particularly FBI Director J. Edgar Hoover, who had steadfastly denied that the Mafia or any national crime cartel even existed. Part of RFKâ€™s campaign included the testimony of Joe Valachi â€“ a former â€œsoldierâ€ of the Genovese Crime Family â€“ before a U. S. Senate committee, in what became known as the Valachi Hearings. Valachi disclosed previously unknown information about the Italian-American Mafia, including its structure, operations, rituals and membership. His testimony was the first major violation of omerta (the mafia’s code of silence), and the first concrete evidence that the Italian-American Mafia existed. (Valachi died in prison in 1971.)

RFKâ€™s anti-mafia campaign was particularly remarkable because his father, former U. S. Ambassador to Great Britain, had reputedly been involved in the illegal importation of liquor during the Prohibition era (1919-â€™33).

4. Personal Conduct. President Kennedy was rumored to be romantically involved with Judith Campbell Exner, a beautiful young woman who later claimed she was the mistress of Florida Mafia Don Sam Giancana at the same time. Historians have argued, ever since, over whether JFKâ€™s assassination was orchestrated by white supremacists upset over de-segregation, or by Mafia figures threatened by RFKâ€™s anti-crime campaign, or simply by lone gunman, Lee Harvey Oswald, as claimed by the Warren Commission. Weâ€™ll probably never know which it was, but one way or the other JFKâ€™s life was tragically cut short. His grisly killing, in broad daylight on a public street, is burned into the mind of every person of my generation. Iâ€™ve always thought Jackie was entitled to a free ride for the rest of her life after the horror of that day.

JFKâ€™s wasnâ€™t the worst presidency on record, and it certainly wasnâ€™t the best. But it was a successful early model of the â€œmystery candidateâ€ strategy. Weâ€™ll never know what JFKâ€™s presidency might have been, had he lived. Arguably, it might have been cut short because the surprises it brought were too intolerable to certain parties who had supported him.

March of the Mystery Candidates was last modified: February 19th, 2020 by Woody Zimmerman