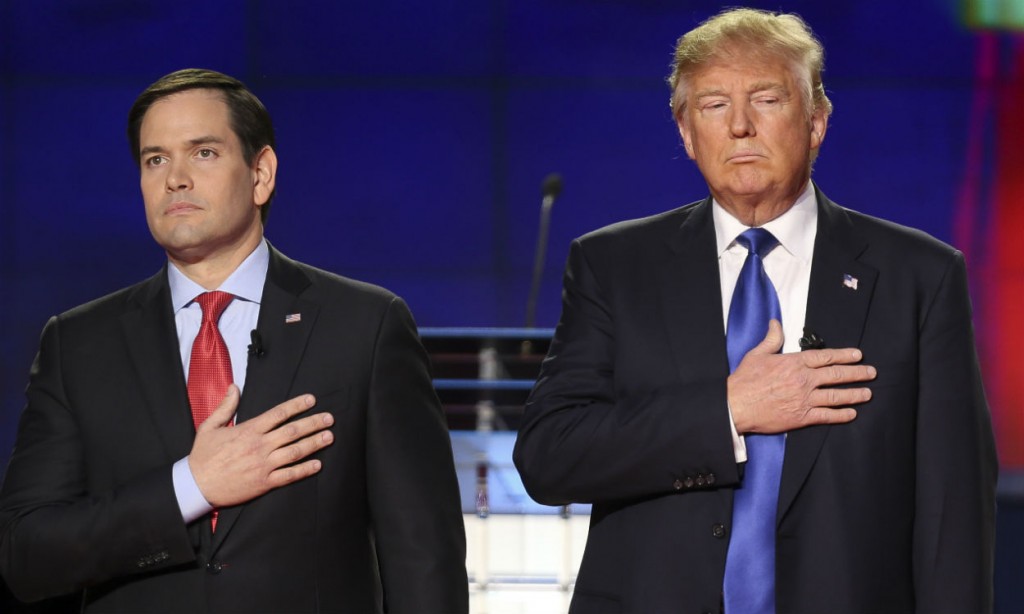 CNN.com is reporting that Marco Rubio will be attending the Republican convention in Cleveland in July and will release all of his delegates to vote for Donald Trump.

“I want to be helpful. I don’t want to be harmful, because I don’t want Hillary Clinton to be president,” Rubio told CNN’s Jake Tapper in an interview.
“Look, my policy differences with Donald Trump — I spent 11 months talking about them. So I think they’re well understood,” Rubio said. “That said … I don’t want Hillary Clinton to be president. If there’s something I can do to help that from happening, and it’s helpful to the cause, I’d most certainly be honored to be considered for that.”

Although Rubio is not running again for Senate when his term expires this year, he is not ruling a future run for office, perhaps President.

“I can tell you I enjoy public service. If there’s an opportunity to serve again in a way that I feel passionate about, I’ll most certainly think I would explore it,” Rubio said. “But I don’t know where I’m going to be in two years. I don’t know what my life will look like then.”

Rubio will speak on Trump’s behalf at the convention.  He’s come a long way from using the hashtag #NeverTrump to speaking for him at the convention.
While I have to wonder if all this means Rubio will be Trump’s choice for Vice President, Rubio insists that is not the case,

“He (Trump) won the nomination and he deserves to have a running mate that more fully embraces some of the things he stands for,”

More on the story from CNN.com.
Marco Rubio to Attend Republican National Convention and Release his Delegates was last modified: May 26th, 2016 by Jeanine Martin

Could it be that Rubio needs a job?

Always find it laughable when politicians describe what they do as “Public Service”.

I do too. Soldiers are doing a public service as are police officers and firefighters, and they aren’t getting rich or constantly on television. Politicians are only serving themselves.

Let’s just have a society run by generals and police chiefs. Down with the Republic!

Huh? When was that suggested?

Nevermind, I thought you were attaching a negative connotation to self-interest.

I have a dream

This should be the rule, not the exception. A good indicator of somebody who understands how the party is supposed to work. (though still ineligible unless we amend the Constitution.)

Is there “you must be this tall to be president” clause in the constitution somewhere? Because I missed that part.

What makes Marco think anyone will remember him in four years?

Well let’s see, Kasich is Governor of Ohio, and Cruz is a senator from Texas. So I’m not sure what you mean by “future in the GOP.”

So, Marco would like a future in the GOP. Cool. Now, how about Ted and John?