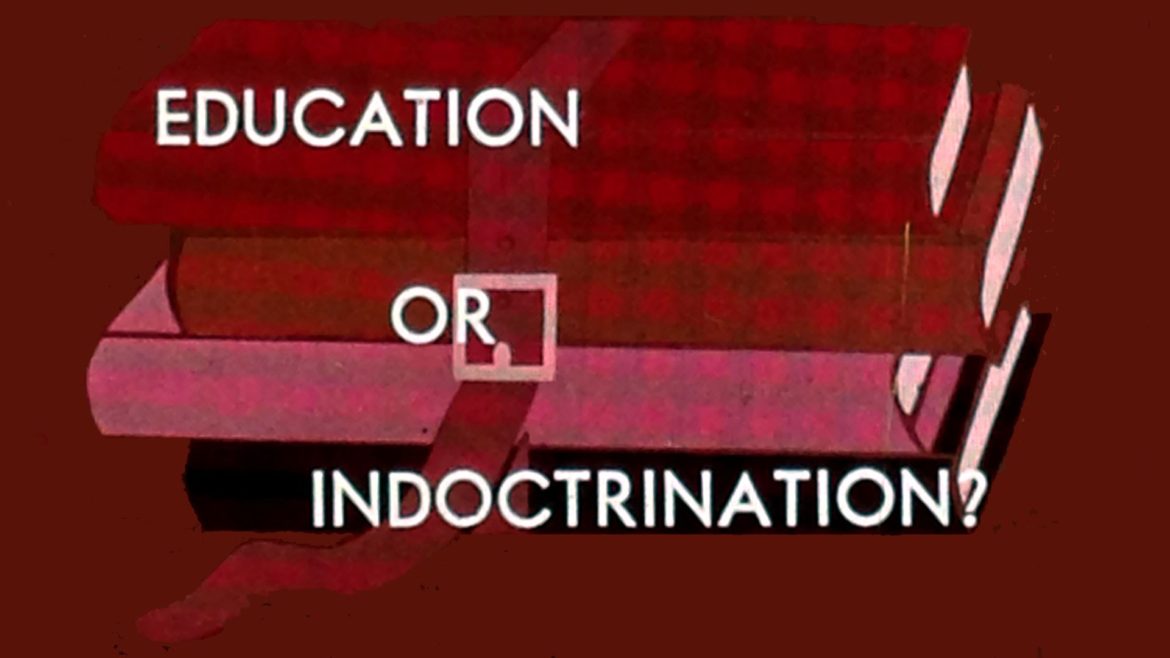 If you’ve ever been marginalized by progressives for your conservative views, for your anti-communist teaching philosophy and other divergent opinions, you were not alone.

If you’ve worked in highly progressive academic environments and were not re-hired as adjunct, granted tenure, or were not even considered for tenure unless you belonged to organizations such as the NEA, AFT, or other Democrat-supporting organizations, you were not alone.

If you’ve worked in secondary education and were told that your opinions did not matter because the entrenched Democrat bureaucracy did things entirely different from what you perceive as common sense and logical in supporting an American education, you were not alone.

If you taught full-time or part-time and the Dean, Director, or Principal told you that you must use a certain textbook that you found offensive, or that you must teach or grade a certain way, dumb down the curriculum in order to allow everyone to avoid failure and pass students who otherwise did not deserve to pass but their parents were threatening to sue the school, you were not alone.

This is how the politics in education work today and have worked for quite some time. Incisive parents who were involved in their children’s education understood the schemes and fads early on and took measures to protect their children by homeschooling them or putting them in private schools.

Other parents who were seldom seen at school or PTA meetings were oblivious, did not care who influenced their children’s worldviews, or were too trusting of those empowered to shape their children’s minds eight hours a day. Television, Hollywood, violent video games, alcohol and drugs did the rest.

And a small percentage of parents were only concerned that Johnny received free tuition and free meals, thus they did not have to be responsible or participate in the education of their progeny. Why bother if the state provided free education, free meals, and paid teachers?

Everybody knows that children see teachers as the ultimate authority and respect them. Some teachers are truly exceptional, others speak with authority in their subject area, and yet others are highly respected for their scholarship or as influential role models.

But all teachers are not created equal or driven by the same desire to promote American exceptionalism and to shape tomorrow’s American leaders and thinkers. Most of the students shaped today will be America’s busy bees and compliant followers who believe everything they are told without asking pertinent questions.

Parents blame their children’s problems on teachers and administrators. Administrators blame everything on the lack of funding or the “low” teacher salaries when compared to the private sector. But the private sector does not get three-month vacations each year. Unionized teachers strike because their salaries are deemed inadequate even though they are the best paid teachers in the country.

Corrupt politicians and dishonest bureaucrats who retire from government or are fired receive cushy and well-remunerated teaching assignments in private colleges around the country, tasked with teaching ethics in general, political ropes, or social justice.

Democrats and some Republicans in higher positions of power receive millions in book advances, idolized by the press and book reviewers. Students flock to their classes so that they too can learn how to lie and cheat their way to the top in the name of social justice.

Teachers say that parents are the problem, their lack of involvement in their children’s education. Parents are not teaching their progeny manners, respect for authority, how to get along with other children without throwing a temper tantrum, lack of modesty in clothing and shoes, obscenely priced when compared to a teacher’s entire outfit, but expect teachers to provide pencils, pens, crayons, glue, scissors, writing paper, and other classroom supplies to their students.

Teachers find fault with parents who never show up at school regularly, who never help their children do homework, or check their homework every night. Some of their questions are:

It is certainly difficult for a teacher to be both educator and parent to someone else’s child, especially when young teachers don’t have children of their own yet, are not allowed to discipline students in any way for fear of lawsuits, and must provide justification in writing for their lesson plans every day.

Using their students as pawns, public school teachers and administrators have nominated themselves the socialist political compass of our country and have allowed students to walk out of the classroom several times in order to protest the Democrat cause d’jour instead of doing the jobs they were hired to do, teach our children.

Teaching is an art and cannot be taught by the College of Education or by the latest education fad but it can be forced in a certain direction. Unfortunately, in order to keep their jobs, most teachers use all the prescribed lesson plans, worksheets, and textbooks provided by Common Core or whatever orders come down from the administration via the Department of Education which attaches their orders to school funding and grants.

Even though President Trump had expressed his intent to end Common Core in our public schools, the current Education Secretary, Betsy DeVos, a wealthy businesswoman and educational activist with no experience in public education, has made no effort to end Common Core which is very much alive and well in most of our public and private schools.

Whether the teacher is marginalized or a successful indoctrinator protected by the teacher’s union or by tenure, at the end of the day they must do as they are told in order to stay employed.

No poster here, or commenter, has any right to demand a CV or a resume of our writers.

Ms. Devos has been a disappointment, but she is an ideologue, with a passion for privatizing public schools . with no real legislative experience. The WSJ did a very good article on how she actually proposed cutting the Dept. o Education budget by some $9 billion, and Congress overruled her and put the money back. She did a diligent job identifying why the spending was unnecessary. But she was a wet noodle in terms of getting White House and congressional backing. Let’s also be real– Trump himself has not focused on education one bit. So, she has done zilch on Common Core, nor has she done anything on the real 5th Column in this nation, and that is the censorship of conservative views in higher ed. The higher ed swamp needs to be drained and fast, but she has done nothing on this to my knowledge despite ample documented evidence of abuse. One must remember this — the best education begins in the home. If you have parents who work with their kids, they will succeed, but all too many people in this nation want our schools to be parents as well and have excessively high expectations on what schools should be doing. In the final analysis, the public schools are lot like Medicare — it’s a good safety net, but doesn’t pay for everything, so if you’re aged, you also need medigap. Id’ say parents have to be that medigap — and even more.

As a conservative independent parent who is currently involved with their children’s public school education.
Republicans must tread carefully here on this being that a large part of the Republican party has continued to fail the middle class blue collar conservative.
In Campbell County those who ate at end were employed in the public school system were ignorantly referred to as Democrats. A lawsuit even occurred to discredit our votes.
If this author was employed as such , is she a Democrat?
Is she looking to create another government education system through the voucher.
Be very careful of the public subsidies because that be all that is behind the curtain, another handout.

1. Exempt parents of private and home schooled kids from paying certain taxes. Vouchers are a great idea, but it still forces the money go get funneled through the government’s greedy little fingers. The less money the government touches, the better off we have been and will be and the freer we are.
2. #1 is ideal, but vouchers are more realistic. Give parents vouchers to send their kids to any learning environment of their choice.
3. Get in the face of government schools and their officials. Continue to show the enormous waste and lack of results and accountability of government schools. Demonstrate that it is an educational-political complex (as written above) that exists for the sake of growing a system and not educating an individual child. Unveil their hypocrisy.
4. SAVE YOURSLEF. Make plans to private or home school your children. Own their education and make choices that will empower your family.