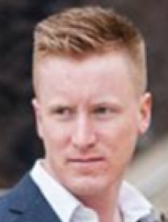 Threats and insecurity in the 2nd District House of Delegates race. Someone is worried.[read_more]

According to Chapman’s campaign, Spencer Sullivan, campaign manager for Dudenhefer, has threatened the Chapman campaign with ruin if they don’t cease their support for Tim Ciampaglio.

Steve Chapman’s campaign has plans to knock on 500 doors this weekend in support of Tim Ciampaglio. Today Spencer Sullivan called the Chapman campaign and spoke with volunteer coordinator Stacy King, telling her that if the Chapman campaign continued to organize these door knockers for Ciampaglio, and if they continue to support and help him, the Dudenhefer team will:

“[R]uin Steve Chapman and his campaign. Your campaign will go down, if you don’t stop your support for Ciampaglio.”.

According to King, Spencer said the Chapman campaign must not assist Ciampaglio or Dudenhefer will help revive and promote a smear campaign Chapman’s opponents for the Woodbridge Supervisor nomination used against him. Further, King says the tone of the phone call was “very threatening.”  Sullivan said to Ms. King:

“We have plenty of money and after Tuesday we will use it against Steve Chapman.  We will ruin his campaign [for Supervisor] if he doesn’t stop his support of Ciampagalio now. Mark will have nothing to do with Chapman and will make sure he loses if he continues to support Ciampaglio.”

Really?  The Republican incumbent who lost against a complete novice, underqualified and unfunded Democrat opponent two years ago has plenty enough money and time to spend it attacking and defeating a Republican supervisor candidate who has crossed him?  Seriously?  That’s not the kind of person we should have in the House of Delegates.  In fact, that’s the kind of person who gives politicians a bad name.

It’s a leader’s job to lead. I decided to run for supervisor primarily because my home town, Woodbridge, lacked leadership and direction. Year after year I saw litter, violent crime, congestion, and school overcrowding increase while student test scores went down. . . .

Being a local small business owner for over 20 years, I’ve interviewed hundreds of people. The most successful hires have been people who brought passion, a track record of struggle and success and dedicated hard work. Next Tuesday, June 9, Woodbridge has an opportunity to hire a new delegate to represent our best interests in Richmond. We have two good candidates but we have only one great choice for Woodbridge and that is Tim Ciampaglio….

I won my race in April by nearly 2 to 1 because I knocked on your door; I listened to your concerns and began to lay the groundwork to bring Woodbridge together. Tim has done the same thing. Before I met him, I saw his information left behind at people’s homes I was knocking. When I would go to local businesses, his signs were already there. I could tell Tim deeply cares about the opinions and concerns of my people here in Woodbridge. And that is the type of representation we can work with, deserve and need in Richmond. For too long Woodbridge has been forgotten and neglected, there is no other reason to explain why we’re in the shape we are other than that.

I have committed myself to rolling up my sleeves, doing the hard work beautify and reinvigorate the pride we have in Woodbridge; I can trust Tim Ciampaglio to stand by my side. It’s an uphill battle as his opponent previously held the seat then lost it by his own admission because he ignored Woodbridge.

With any election it’s difficult to know who to trust, so much information is put out. I’d say trust the guy who cared enough to knock on your door, who listened, who you’ve talked to, the one who is accessible; you’ve looked in his eye and heard his vision for our hometown. The man in this race is Tim Ciampaglio. I encourage you to visit his website http://timciampaglio.nationbuilder.com/ to learn more.

By the way, it’s not like Chapman is alone in supporting Tim Ciampaglio. Newt Gingrich has also endorsed him. See here.

If Mark Dudenhefer is so afraid of people who disagree with him that he has to threaten them, maybe he shouldn’t run for office.