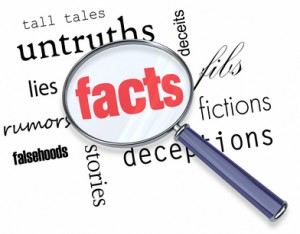 Bob Marshall is an excellent legislator in the General Assembly and would no doubt be an excellent Congressman.  Marshall will, without doubt, gain the ultra-conservative vote tomorrow—in my estimate, perhaps 15% to 18%.  At end, he will lose and most folks will just brush it under the carpet as they did with his senate run.  Wouldn’t it be nice to know why he is really running and why he will really lose?  Here is a bit of insight.

One, Marshall waited too long to announce.  Comstock was out campaigning from day one and her fundraising effort, a direct reflection of her true desire to win the seat, has been focused and unwavering from day one.  Wolf’s forthcoming retirement as well as Comstock’s run has been long anticipated and if Marshall really wanted this seat, he would have announced much earlier,  immediately establishing his name and seriousness to pull financially.  Marshall’s announcement was a late afterthought and as you will read below, not at all motivated by the desire to win the seat.
Two, due to jumping in later, Marshall’s ability to raise funds is thwarted to a degree which he  cannot overcome. The republican caucuses and solid money have long since been behind Comstock in her well planned run.  Marshall missed that opportunity by watching her raise over a million dollars before he decided to announce.  A late run, without massive funding–his numbers will fall far short tomorrow and even if by some miracle he won, Marshall would have no momentum whatsoever for a General.  Simply, too little too late.  And, Marshall’s grassroots ability in such a large and mixed demographic, with his ultra-conservative agenda, is not enough to overcome a financial shortfall in either election.  In fact, the opposite would hold true—Marshall  would have needed just as much or more time as Comstock, more momentum and much more funding to push and ultra-conservative agenda in the 10th. Three, Marshall’s motives. While he may want to sweep it under the carpet, Marshall pulled a similar lets-wait-to-get-in several years ago with that ridiculous 11th hour run for US Senate which ended for him with a miserable, embarrassing, easily anticipated, loss. To date, he has never answered to why he ran and folks simply gave him a pass.  After all, he is Bob Marshall, a bit cooky at times and perhaps he really felt folks would vote for him?  Wrong—remember, Marshall is typically the smartest guy in the room.  The reality–with no chance in hell to win, he only got in to pull votes from Radtke and her mounting support at that time. There is a backstory to that but we can save it for another discussion. Ultimately, it was embarrassing to anyone who typically supports Marshall and very unfair to those who would support him no matter what he did or decide. More disturbing though, it used the “system” in an unethical way, a way which he himself would preach to others not use it–sad coming from such a respected person. Now, with this current run, that “free pass” is somewhat revoked from anyone, such as myself, who is beginning to see through to these ulterior motives.  A lot of dots are connecting and here is the real scoop… While Comstock’s voting record is barely blemished, Marshall and other ultra-conservatives hold a particular vote for a judge in Richmond over her head as the guiding factor that she is not “as conservative” as she should be. It involved a social issue and most delegates/senators wimp out and walk out of a vote like that so they are not “on the record” (to me that is a bogus way to hold office—avoiding a vote because you will lose support regardless).  Comstock actually stayed, and voted, but because it involved a social issue which Marshall does not agree with, he (and other ultra-conservatives) hold that one situation over her head, regardless of her positive conservative voting history. Way out of balance in my book as a voter. Next, pulling votes from Comstock is Marshall’s push back against the large amount of money given to her campaign to win her current delegate seat.   They feel it was unfair that she was given more money a few years ago.  Ultimately, her running for Wolf’s seat was a long term plan by the caucuses to ensure she won her current delegate seat and would, whenever Wolf retired, run for his Congressional seat. She was handpicked so to speak by Wolf himself.  It was a plan to ensure an electable candidate was in place for the general in that diverse district—a candidate who could actually replace Wolf, not attempt to change the long established voting habits of the 10th.  But, that whole scenario is yet another reason Marshall has injected himself into this race–not to win, but to simply pull votes from Comstock and attempt to pull off a primary win which would fly in the face of the establishment.  Another way to say it—in this difficult time for republicans, the ultra-conservative agenda is more focused on ulterior motives than actually winning a seat or, what they should be doing, rallying to ensure we don’t continue to lose.

Ultimately, I get it, BUT, Marshall is so much better than this and I find it offensive and disrespectful that these folks, this small elitist group of ultra-conservatives, enter into these games or better said, lower themselves to that level (with hope that others like me won’t catch on).  Hiding these ulterior motives, acting in defiance of the establishment while doing so, and then losing miserably does nothing to overcome the ulterior motives and slaps true supporters, folks who give their hard earned money to his campaign, in the face, because running on those ulterior motives is a losing proposition from the start–not at all done with the true passion and honesty to go all the way and win the actual seat. Four, the 10th is accepting of a Frank Wolf–he could be very conservative when here in Loudoun for example, yet if you actually followed him to Fairfax, his presentation was much less abrasive to moderates (for lack of a better phrase). This ability is, in part, what allowed Wolf to retain that seat for such a long period. The 10th will simply not support, in the General, a candidate who is considered “ultra” conservative. Not just conservative, but ultra or over the top–attempting to inject government control into a person’s personal social aspects as their core drive.  While I and others may like that over the top commitment–the 10th simply will not support it. And, as stated above, Marshall is simply too little too late to overcome this demographic. If the Marshall team  thinks otherwise, they have not run or analyzed the numbers properly–likely a result of not having the proper motivation in the first place. Five, if we lose this Congressional seat, even by a handful of votes, it will not be enough to say Marshall almost won, wasn’t that a great effort. Rust will then lose his seat, Ramadan will lose his and that flow of power will continue to shift to the left from yet another angle. With the crap Cantor and team are pulling–we don’t need it. It is not worth gambling on principle when the likelihood of Marshall not being able to pull off a win in the general isn’t present. Six, Marshall just turned 70 and the harsh reality is that he would be a junior Congressman, even though he was on the hill many moons ago–if he could pull off a win now, Marshall would be junior for at least 3 terms, 6 years, if not more. That would place him at 76 to 78 yrs old before he  would have any real voice or substantial impact.  It’s simply a reality we all face. If he were 50 or 60, got in the race as soon as Wolf announced and pushed as hard or harder than Comstock from the start, with passion to actually gain the seat–sure, support would easily come. Unfortunately, that is not the case. Finally, the loss of Marshall in the GA is far greater than the gain of him going to Washington based on the above.

FYI–Nearly word for word, I wrote this to Marshall directly on FB a few days ago when he personally popped in on a VCDL thread to defend himself.  Once I brought out all of this, he chose not to respond back.