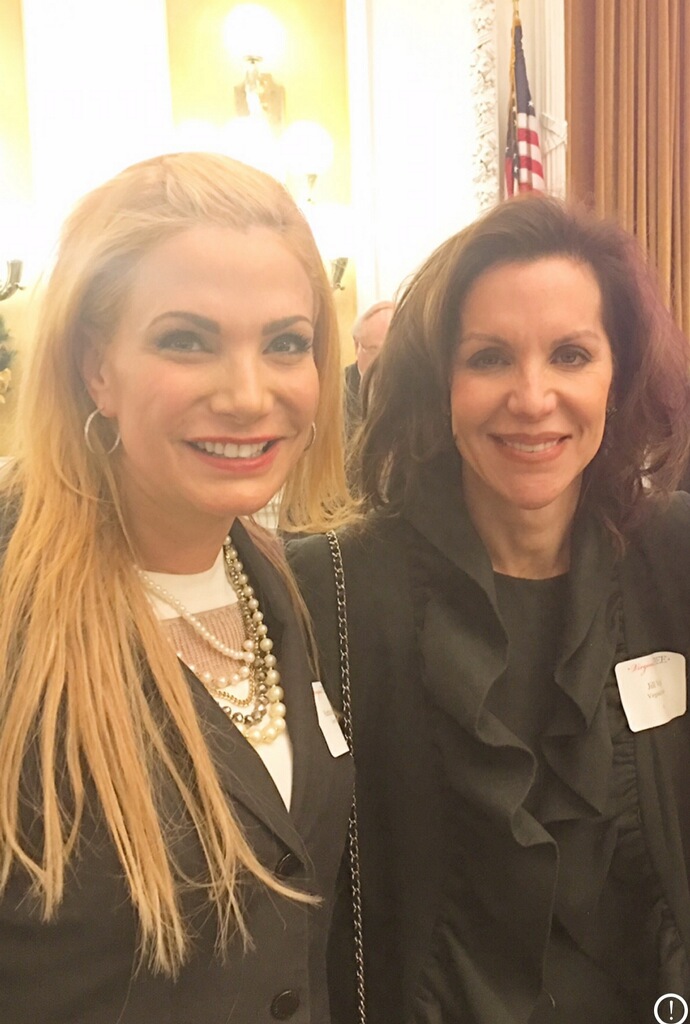 With November 7th just around the corner, the wind is to the backs of the GOP ticket.  RPV announced that should Senator Jill Vogel win the Lt. Governor’s seat, the special election to replace her will be held on November 18th.   With candidate filings due the day after the November 7th election, Fauquier County resident, Martha Boneta, has announced she will run for Senate.

Martha Boneta is a well-known GOP team player campaigning for Vogel, Adams and Gillespie for months.  In the last week alone, Martha has traveled to Chesapeake, Henrico, Glen Allen, Loudoun, Petersburg, Isle of White, Williamsburg and Charlottesville to help turn out the vote.

Many see a dream team in a Lt. Governor Jill Vogel and Martha Boneta in the Virginia Senate.  Two great women to champion conservative issues in Richmond.

Both women are successful, articulate and well-liked.

Martha and her husband John have lived in Fauquier County since 2006.  Martha, earned her law degree from George Mason University, however, she is best known as a small farmer from Paris, Virginia.  Nine years ago, she bought a historic farm with an easement.  Martha found out that the war on farmers is real.  The government shut down her farm store and charged her for holding events without a permit and used a photo from Martha’s Facebook page that showed her holding a birthday party for 10 year-old girls.  Martha fought back in court and won.  And she’s still fighting for her property rights and our’s.

Martha and her husband hosted Vice President Mike Pence and his family at their farm when he was running, an event that attracted Republicans from around the state.  Known as a rebel who fought back against overregulation, Martha has a large following around the state which helped her get legislation passed to protect property rights.

“I never wanted to run for office but the government should be working for the people, not against them.”  Martha explained.  “I am running for senate because I want to protect people’s rights, take care of the environment and have a government that is responsive to the people it represents.”

As a conservative, Martha said she would never consider running against Jill Vogel but believes Jill will win the Lt. Governor seat and Martha is ready to work for the people.  It will be great to have these two fighters in Richmond.