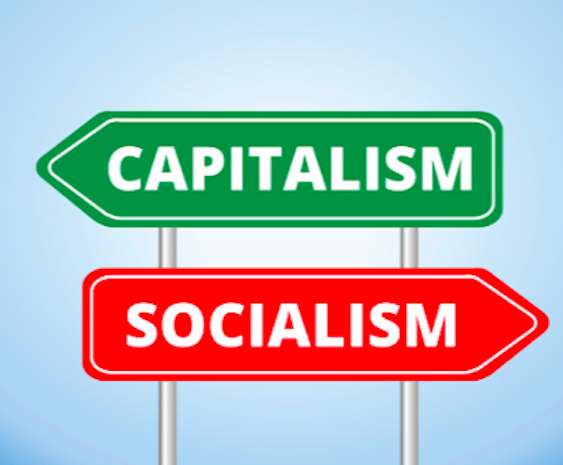 Back during World War I, American soldiers were fighting in Europe to make the world “safe for democracy.” Russia was embarking down the dark road of communism that would kill millions in the coming decades. Seventy years earlier, Karl Marx had written the “Communist Manifesto,” in which he predicted a worldwide revolution.

So far, Marx’s grand ambition has not come to fruition. After years of struggle in the Cold War and proxy wars around the globe, market capitalism and individual liberty triumphed, and Russias’ communist empire fell.

It’s been more than 30 years after the demise of the Soviet Union, Americans still face the dangers and evils of socialism. Decades of liberal policies fostered by the Democrat party have undermined the foundational principles that made America the world’s beacon of freedom and prosperity.

The slow drip of more government has resulted in a generation more vulnerable than ever to the siren call of so-called democratic socialism. Championed by young candidates like Alexandria Ocasio-Cortez, this movement pretends that the world has never seen socialism before, and it will work perfectly in America.

The 2016 presidential election was a bit of a referendum on the American Dream. For an increasing number of Americans, the American Dream seems like an unattainable fantasy. Economic stagnation and limited mobility had handcuffed the once-vibrant American economy.

Bloated government programs that disincentivize work and culture in a state of flux have led many Americans to embrace socialism openly. In the 2016 Democratic primary, millions of Americans supported Bernie Sanders, an avowed socialist with a radical anti-American agenda.

The mid-term election may have been the most pivotal mid-term in our lifetimes. With Democrats controlling the House, socialism has now established a beachhead. They want tax increases on business and those perceived as wealthy, to pay for government-run health care and other giveaways.

Republican control of the Senate will put a cap on socialism, and it opens the judiciary to equal justice and the rule of law for a generation to come! Add a high likelihood of at least one more Supreme court pick and the adults in the room will still control the Executive, Judicial and upper House of Congress.

It’s too early to tell whether the American Dream can be fully restored. The Trump administration has made progress by lifting burdensome, cutting taxes and driving unemployment in all demographics to historic lows.

If the president can push the lame duck congress into reforming immigration and other hot-button legislation, A firewall against this socialist onslaught may be strong enough to hold up until the next election.

Great strides have been achieved in economic and regulatory reform, with much more promised. Having campaigned to make “America great again,” Trump has followed up by moving to reinstate economic liberty and mobility for all, and he seems well on the way to accomplishing his goal.