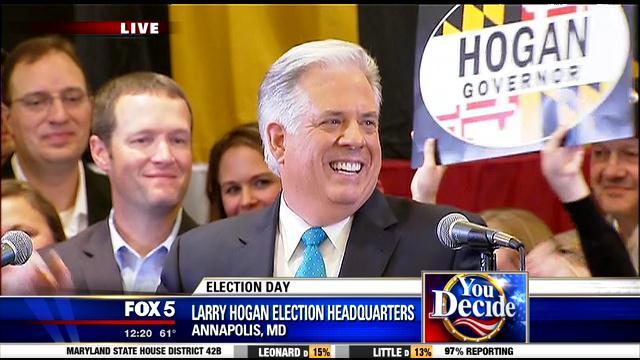 The biggest upset of election 2014 was Republican Larry Hogan’s stunning defeat of Lt.Governor Anthony Brown in Maryland by a margin of 10%.  Hogan won by 54% to 44% in one of the bluest states in the country. Obama and the Clintons had campaigned for Brown. (Obama may have been the kiss of death for Brown.)[read_more]

Republicans also picked up Governorships in Illinois, Arkansas, and Massachusetts the bluest of blue states, for a total of 31 Governors.  Map of Governors here.

More on Hogan’s victory and his plans for Maryland here. 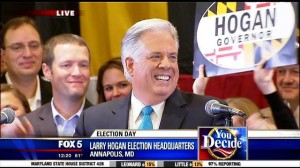 I am told by friends in Maryland that Republicans also have 50+ seats (out of 141) in the House of Delegates, a modern record. Remember that Maryland tends to run delegates three to a district, with State Senators in the same district. All serve the exact same four year terms.