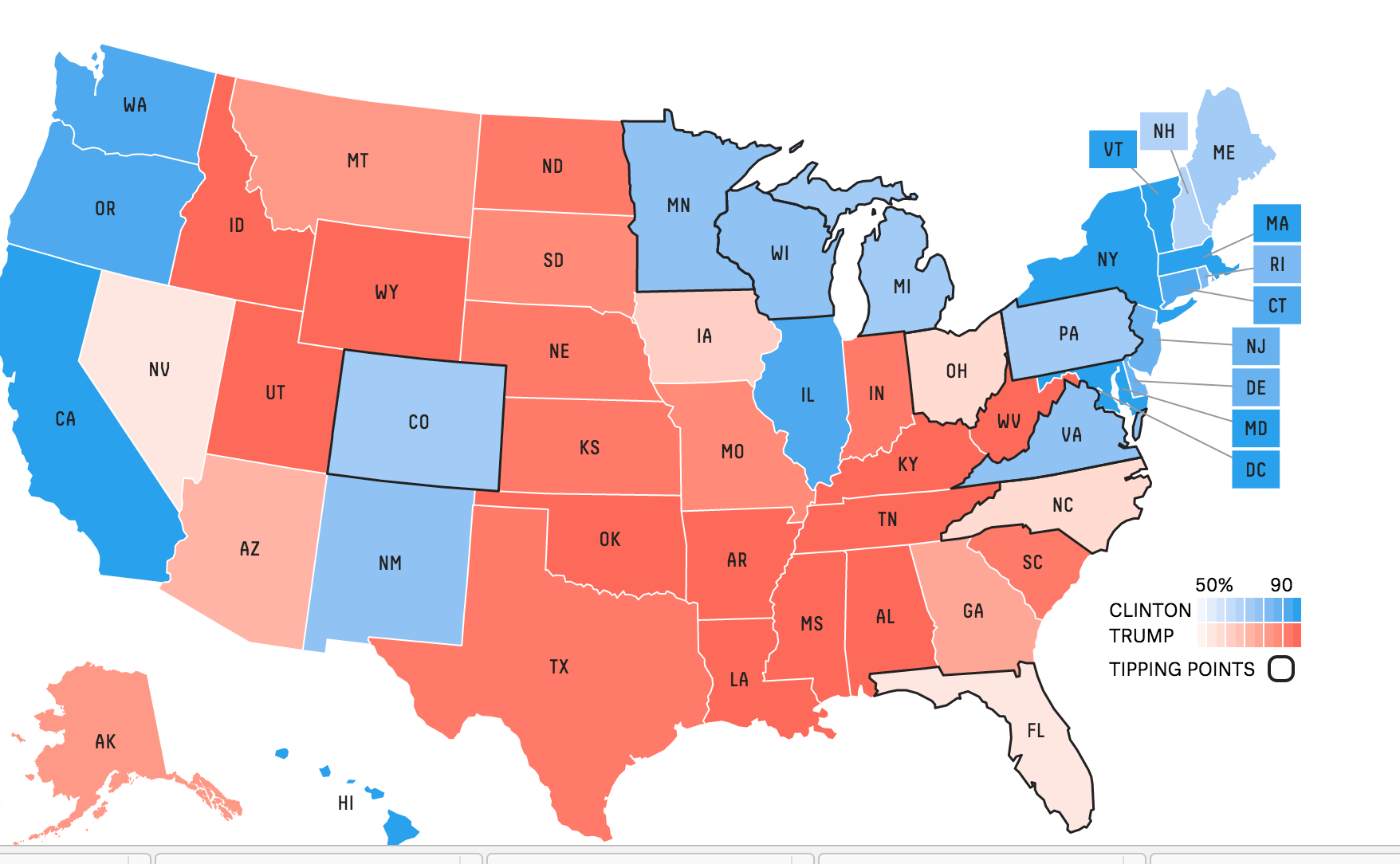 Maryland Now the Bluest of Blue States, Alabama the Reddest of the Red States

Some of us political junkies check daily Nate Silver’s predictions over at fivethirtyeight.com.  In Maryland Silver gives Clinton a 99.8% chance of winning with Trump having a 0.1% chance of a win (don’t know who gets the other .1%).  That makes Maryland the bluest state in the nation, even DC isn’t as blue.  In the District Hillary has a 99.6% chance of winning and Trump stands at .4%.  One has to wonder how a Republican was elected Governor of Maryland!  And he has the second highest approval rating in the US!

Other very Blue states include California where Clinton has a 99.4% chance of winning. In Massachusetts Hillary’s chances are 98.6%.

On the Red side, Alabama leads with a 99.6% chance Trump will win, followed by Oklahoma where Silver says there’s a 99.2% chance of a Trump win. In both Idaho and Tennessee Trump’s odds are 98.7%, followed by Louisiana at 98.2%. Arkansas, Kentucky and West Virginia all stand at 98% for Trump.

Here you can create your own election map.

Maryland Now the Bluest of Blue States, Alabama the Reddest of the Red States was last modified: September 23rd, 2016 by Jeanine Martin

Likelihood to win =/= level of partisanship.

Alabama may be the most likely state Trump will win, but it’s definitely not the “Reddest” state in America. Utah, Wyoming, and Idaho tend to trade places for that honor.

Likewise, Maryland is not the “Bluest” state in America. It’s got a Republican Governor and Lt. Governor right now. The bluest state belongs to Vermont or Hawaii depending on how you look at it. Trump will do much better in Maryland than either of those two states.