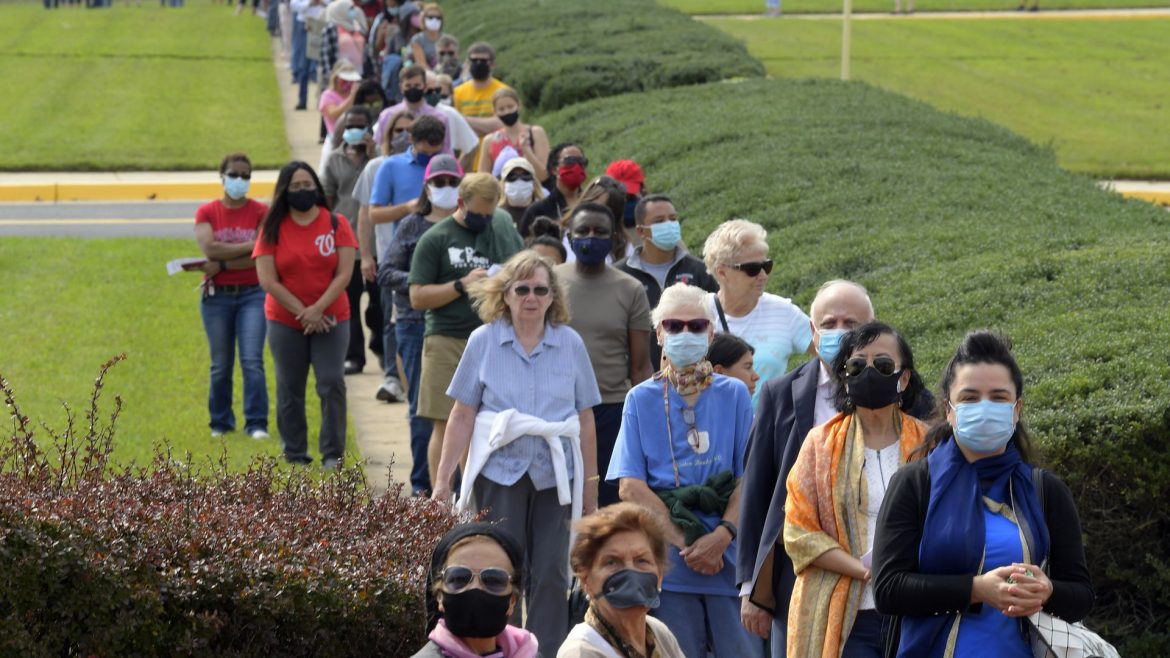 Heavily Democrat Northern Virginia has seen a huge increase in early voting. In Loudoun County, it is expected that 40,000 will vote early. In 2016 it was less than 30,000. About 1,000 people are voting every day in Loudoun. An unheard of turnout of over 90% of registered voters is expected in Loudoun this year.

Nationwide 80 million voters are expected to vote early, twice the number who did so in 2016. Across the country, more Republicans intend to vote on Election Day rather than vote early. For Democrats, it’s reversed. Democrats tend to be more afraid of COVID-19 so it makes sense that they would fear going to the polls more than Republicans.

Turnout in Virginia in previous years, from VPAP.org,

Deadline to register to vote in November is tomorrow, October 13th.