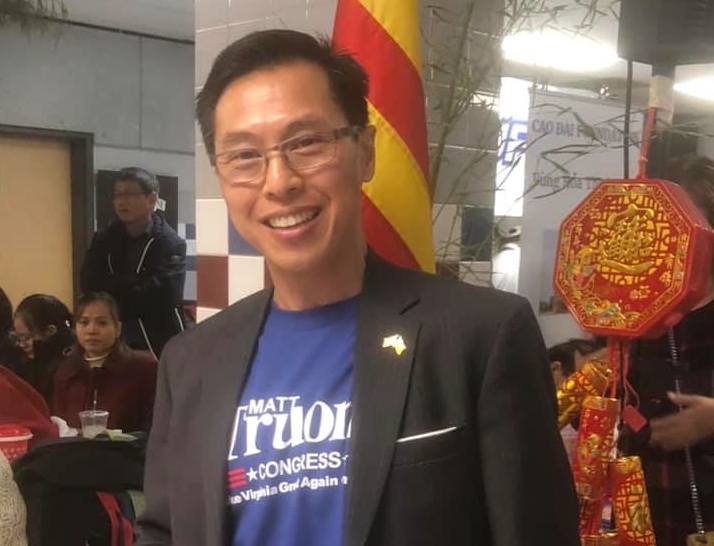 Press release from the Matt Truong for Congress campaign

Great Falls, VA – I spoke with Aliscia Andrews earlier today to congratulate her on receiving the 10th Congressional District GOP nomination. I urge all of my supporters to join me in congratulating and helping Team Andrews to reach our common goal of unseating Jennifer Wexton and winning back the House of Representatives.

Even though it is within my right to ask for a recount due to the very close race – I lost by only 0.33%, with potential irregularities during the tallying process, and a discrepancy of 11 ballots in the credential verification process, a challenge may be too divisive to the party at a time when we need complete unity. There is too much at stake.  We MUST unite the Republican Party in order to unseat Jennifer Wexton in November.

Therefore, I have decided that my campaign will NOT ask for a recount, and we will throw our support behind our nominee, Aliscia Andrews.

I would like to thank Chairman Leeds, the 10th District Committee, and the army of volunteers who worked very hard to make the modified convention a success. A huge thank you once again to my campaign team, volunteers, supporters, and donors. I am deeply grateful to all the delegates who took the time and effort out of their busy schedules to drive out to Winchester to volunteer and to vote for me. This journey would not have been possible without you and your dedication.

Last but not least, I would like to take this time to thank my wife and my two boys for their sacrifice over the past several months. I would not be able to do all of this without their constant support.

Matt Truong congratulates and endorses Aliscia Andrews on her win in the 10th district was last modified: June 22nd, 2020 by Jeanine Martin