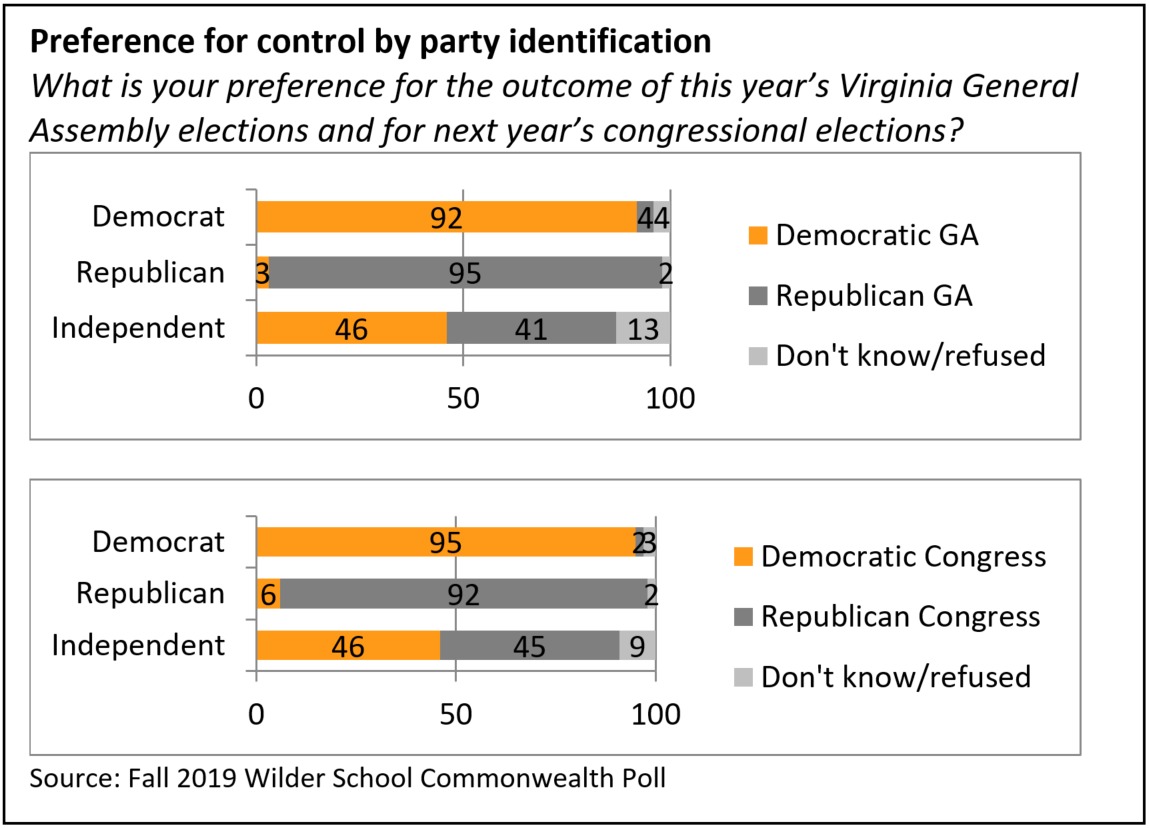 Maybe the GOP Has a Prayer After All

With elections two week away, a Virginia Commonwealth University poll released today finds that Virginians are evenly split in their preference for Democrats and Republicans to control the General Assembly. Forty-seven percent of the 800 adults queried said they wanted to see Democratic Party control while 47% favored Republicans.

Self-described Democrats and Republicans gave near-unanimous support for their own parties. Independents were nearly even split, giving a narrow edge to Democrats. What should encourage Republicans is the fact that VCU polled 800 adults, not registered voters or likely voters. Likely voters tend to skew more heavily Republican, especially in off-year elections, than the general populace. But Democrats have a big fund-raising advantage, and they most likely will dominate advertising in the closing two weeks of the campaign.

I had written off the Republicans. They seem adrift, offering no cogent alternative to Democrats. Meanwhile, the Dems are raising more money. Further, I’ve seen no sign that suburban women — the decisive swing vote in the last election — have relented in their detestation of Donald Trump, suggesting that the Democratic surge of 2017 would continue into 2019, even though this is a local election, not a national election. But what I don’t know about politics could fill a Loudoun data center, so my prognosis doesn’t count for much. If the election is going to be as close as the VCU poll suggests, the election will come down to individual personalities and individual races. I might even stay up election night and watch the results come in.

Maybe the GOP Has a Prayer After All was last modified: October 24th, 2019 by Guest Contributor James Bacon