McAuliffe Returns Death Bond Profits…But Only When He Got Caught

T-Mac has known about the improprieties involved in his death bond investment for two years, but only comes clean when his involvement becomes public. 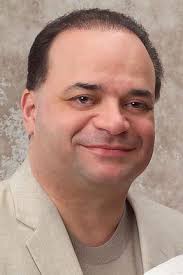 After news broke yesterday of Terry McAuliffe’s ghoulish investment in financial instruments taken out in the name of terminally ill patients (some of whom his partner scraped up from AIDS hospices), the McAuliffe campaign responded swiftly.Â  According to today’sÂ Washington Post, the campaign divested itself of the $26,599 in campaign donations from the scheme’s ringleader, Joe Caramadre, and McAuliffe personally gave up the roughly $47,000 he says he made off his investment.

We do not know if this roughly $74,000 represents the full extent of Terry McAuliffe’s ill-gotten gains, as McAuliffe steadfastly refuses to release detailed tax returns that would allow the voting public to evaluate the so-called “business” record he touts as his major advantage.Â  But what we do know is that the 66-count indictment against Caramadre was handed down in November 2011–nearly two years ago.Â  In the time since, Caramadre’s scheme has been the subject of innumerable accounts in the press.Â  And, we learned yesterday evening via the AP’s Bob Lewis that people involved in this scheme were questioned by postal inspectors (who are the ones who investigate wire fraud charges) well before the indictment was filed.

So, how likely was it that McAuliffe only found out yesterday that he was part of such a shady, disreputable scam?Â  Well, we can’t say with forensic certainty of course, but I’m a monkey’s uncle if he hasn’t known about the criminal angle for at least the last two years.Â  And if he’s investing sums of money large enough to yield a quick $47,000 return, he almost certainly knew about the morally repugnant angle from the very beginning.

Yet now, like a startled cockroach, McAuliffe skitters away only when the light is shined on him.

This is just like a case study in a business ethics class. Only in the class the students are taught not to behave like Terry McAuliffe.

One is left to wonder when this pattern of dishonest, unethical business behavior (going back to his Global Crossing days, and including all of the backroom deals and influence peddling around Greentech, and now the sleazy death investments) will ever become an issue for the mainstream media. More importantly, the people of Virginia should wonder how they can trust such a man.

The answer: they can’t.

McAuliffe Returns Death Bond Profits…But Only When He Got Caught was last modified: October 10th, 2013 by Chad Ochocinco

I still wonder what Terry Mack knew and when did he know it.