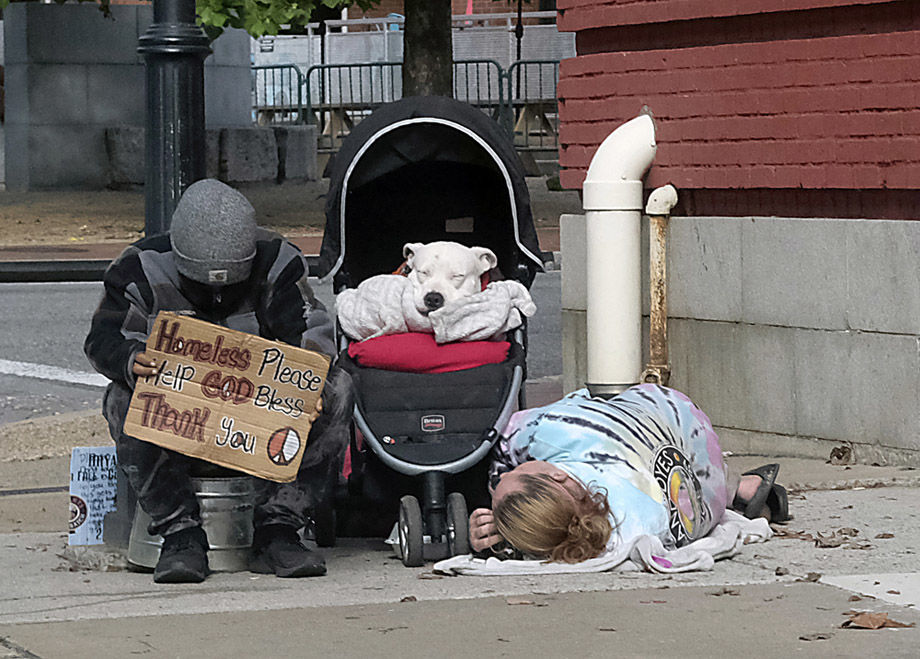 Homelessness spiked in the Richmond area over the past year — more than 50%, reports the Richmond Times-Dispatch. The increase from 549 to 838 people in 2020 was the largest single-year jump since anyone began tracking the number in the 1990s. Given the fact that hundreds of thousands of Virginians are at risk of eviction, homelessness likely will get much worse before it gets better.

Clearly, Virginia has a social crisis on its hands. The burning question is what to do about it. Do we treat the symptoms? Do we enact remedies that backfire and make things worse? Or do we address underlying problems?

We can get a glimpse of Virginia’s likely course of action by scrutinizing the plan to tackle the commonwealth’s housing crisis proffered by gubernatorial candidate Terry McAuliffe. Dominating the field of Democratic Party candidates, the former governor is the odds-on favorite to win the party nomination. Facing the survivor of the Republicans’ circular firing squad, that makes him the odds-on favorite to become Virginia’s next governor.

McAuliffe announced he has a plan — a “big bold” plan — in a Feb. 8 press release. In McAuliffe’s assessment, more than 260,000 Virginia households face the risk of eviction in the fall.

As Virginia’s next Governor, Terry will address the affordability crisis and increase the supply of affordable housing by investing in the Virginia Housing Trust Fund, empowering localities to address the issues in their communities, and partnering with the Biden Administration to expand affordable housing.

According to Virginia Association of Realtors data, the median home price increased 23.2% in the City of Richmond from November 2019 to November 2020, 10.6% in Chesterfield County, and 8.9% in Henrico County. Why is that? Was it because the economy was booming in 2020? No, the U.S. was in a recession for half the year. It was because mortgage rates hit record lows, which made buying houses more affordable for those who were financially well off enough to enter the housing market.

Low mortgage rates are an artifact of Federal Reserve Board policy to repress interest rates in a bid to stimulate the economy. Fed policy had the desired effect — it did stimulate home buying and housing construction. Nationally, housing starts exceeded population growth last year. But the policy had an undesirable effect. Lower mortgage rates allowed home buyers to bid up the prices of a limited supply of housing to increasingly unaffordable levels.

There would be an eviction crisis even without the COVID-19 epidemic. Public policy in Virginia has been focused on treating the symptoms — making it harder for landlords to evict tenants. Insulating non-paying tenants from their financial hardships will provide temporary relief, but landlords cannot afford to absorb losses forever. Landlords have alternatives. They can put single-family-dwelling rental properties on the market and sell them to homeowners. They can convert rental apartments to condominiums. They can tear down apartments and rebuild more profitable properties. Or, lacking those options, the can just fall behind on maintenance and taxes until, ultimately, they abandon the properties. Eviction moratoriums are not a long-term solution.

McAuliffe’s press release does not say how much money he would put into the Virginia Housing Trust Fund. That program, at present, is a modest one. In fiscal years 2019 and 2020, the fund paid out $18 million total in loans and grants.  That compares to the average cost of about $250,000 under government housing programs to provide a unit of affordable housing in the Richmond area. Eighteen-million dollars is the equivalent of 72 housing units. The Trust Fund does not purchase the houses outright; typically it buys down the cost of the mortgages make payments more affordable, which allows it to spread its subsidies over a larger number of units. Still, the impact in any given year is small. McAuliffe could increase the size of the program ten-fold and barely dent the imbalance of supply and demand for affordable housing.

The other part of McAuliffe’s big, bold plan is to fight lending discrimination against blacks and Hispanics. In McAuliffe’s appraisal, one can conclude only that federal fair housing laws have been a colossal failure. Says the press release:

In Virginia, 11.9 percent of Black and 9.6 percent of Hispanic applicants were denied home loans in 2019 compared to a 5 percent denial rate for white applicants, making Black and Brown Virginians 2.4 and 1.9 times respectively more likely to be denied home financing than their white counterparts.

This analysis totally ignores the fact that, for a host of historical reasons, whites on average have higher incomes, greater net worth, and better credit scores than blacks. “Black and brown” people aren’t less likely to get mortgages because they are black and brown, it’s because they’re poor. The way to address poor peoples’ housing problems is to help them earn more money or, perhaps, to increase their buying power through housing vouchers. But that’s not what McAuliffe has in mind.

As Governor, Terry will take aggressive action and create meaningful opportunities for Black Virginians to own homes. He will work to fight systemic racism head-on by combating lending discrimination, ensuring Black Virginians are made aware of and given access to critical state resources, and strengthening down payment assistance programs, low-interest loans, and rent-to-own programs in opportunity-rich areas.

We’ve been through this before. In the early 2000s, social engineers were fixated on the idea of increasing black homeownership as a way to increase black wealth. Lending standards were lowered so that people could purchase homes with little or no money down. Millions of Americans, many of them minorities, were urged to become homeowners whether they had the financial means to weather periods of hardship. Then the sub-prime market went bust, housing prices collapsed, millions of Americans had their houses foreclosed, and billions of dollars in homeowners equity was wiped out.

in 2008 the center-left American Prospect think tank estimated the total loss of wealth among African-American households at between $72 billion and $93 billion. Some say it was the greatest blow to black wealth-building in American history.

Progressives blamed the disaster on evil predatory lenders — totally ignoring their own role in undermining lending standards and encouraging minority homeownership –so they have learned nothing. Now McAuliffe proposes a different set of programs to achieve the same end. Lower-income households will purchase homes they cannot afford to maintain properly in good times, much less keep up in bad times. The inevitable result in the next recession will be more people defaulting on mortgages, more foreclosures, and more lost equity.

In the long run, the solution to the problem of unaffordable housing, evictions, and homelessness is to create more housing — not only more houses, but more types of housing. More single-room-occupancy dwellings. More boarding houses. More tiny homes. More manufactured housing. More trailer parks. And we need to enable the zoning to support denser clusters of this housing to drive down the cost of lots and utilities.