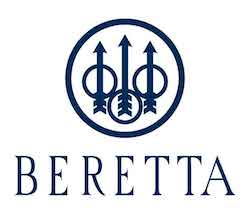 Our new Governor campaigned on the idea that “Ken Cuccinelli’s social agenda is more than just extreme, it is bad for business,” saying, among other things, that the policies of “Tea Party extremists” had led to businesses choosing to locate in places other than Virginia. Problem is, there is no such evidence that’s true.

Instead, what is patently true, is that McAuliffe’s left wing extremism has demonstrably cost Virginia good, high-paying jobs.

In case you missed it last month, Beretta, the renowned Italian firearms manufacturer, dropped Virginia off its short list of states it was considering for as a new home, after draconian new gun laws in Maryland made clear that it was no longer a hospitable home for Beretta’s U.S. operations. Why? Because Terry McAuliffe made clear that he had every intention of making Virginia just as inhospitable.

As Emily Miller wrote in the Washington Times,

The firearms manufacturer made the decision to scratch Virginia off the list after the McAuliffe campaign fixated on restricting gun owners’ rights after receiving over $1 million in campaign donations from billionaire New York City Mayor Mike Bloomberg.
“The anti-gun ads that McAuliffe ran in northern Virginia were particularly offensive,” Jeff Reh, general counsel of Beretta USA, told me in an interview. “And the fact that he could gain a voting advantage by doing so caused us additional concern.”

Despite the fact that Beretta already had a distribution facility in Spotsylvania County, and despite the very positive reaction and welcome Beretta got from a number of other localities in Virginia, the company passed on Virginia because our incoming governor made them fear for their future freedom to do business.

So, instead of our Governor being able to announce more than 300 new jobs and $45 million of new capital investment in Virginia, Tennessee Republican Governor Bill Haslam has those honors today.

Thanks for nothing, Governor McAuliffe.

McDonnell and Cucci were good for Star Scientific’s business