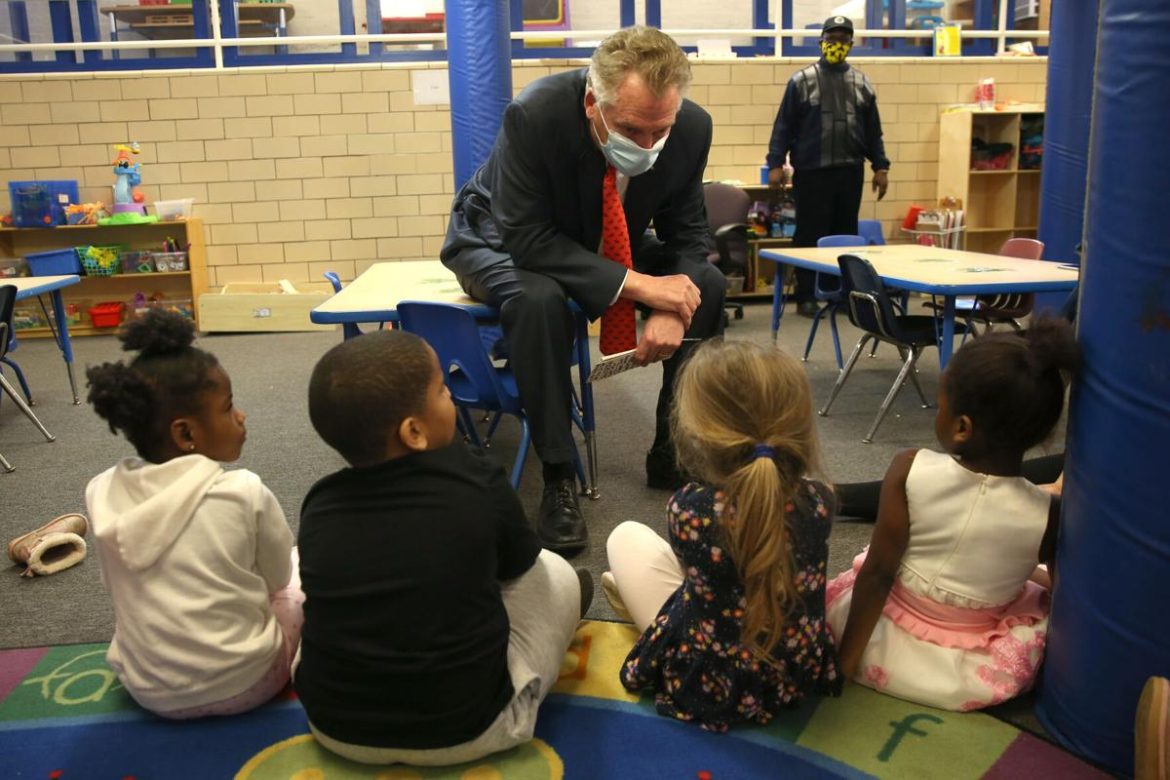 Terry McAuliffe at the YMCA Early Learning Center in Charlottesville

Once and potentially future Governor Terry McAuliffe stopped in Charlottesville yesterday to describe his plan for health care in Virginia if he is reelected governor this fall.

“COVID has decimated us, and this COVID will be with us for years to come,” he said, as reported by The Daily Progress. “We cannot tinker around the edges in Virginia. We’ve got to go big.”

And how does McAuliffe propose to “go big”? In a nutshell: more subsidies and more regulation.

Here’s what McAuliffe has in mind, according to the Daily Progress:

McAuliffe said he wants to implement a state reinsurance program; see “massive new investment,” both federal and state, into a state exchange; and have a “new watchdog” on health care and prescription drug prices.

“We need to seek the [Section] 1332 waiver for our reinsurance program that we need here in Virginia — go to the federal government, go to Joe Biden and say we need to do this,” he said. “Fourteen states have done it. It will bring the cost down by 30% of the premiums. Virginia needs to get in the game.”

More money — for Democrats that is always the answer. (Republicans, suffering from a failure of imagination, don’t have many ideas for doing anything at all. But the nostrum “do no harm” is good advice not just for the practice of medicine but the delivery of healthcare, so at least Republicans are not making the problem worse.)

The healthcare system is so immensely complicated, with so many moving parts, so many feedback loops, and so many hairy ethical questions of life, death, and well being, that it is exceedingly difficult for politicians or the public to understand. So we get governance by sound bite instead.

Here’s the problem with regulations: They have created a Byzantine system of rules that established players manipulate to their benefit. Politicians pass a law, pat themselves on the back, and move on to the next cause. When the bureaucrats have to write the regulations, who shows up at hearings and submits letters to provide feedback? Who hires the lawyers to shape the language? Whose lobbyists comes back the following year to tweak the original legislation?

Not the consumers! Not even the politicians. Incumbent insurers and health providers whose day-to-day livelihoods are impacted by laws, subsidies and regulations are the ones who pay attention and expend the resources. As the regulatory thicket has expanded, the health care industry has consolidated. Healthcare in Virginia today is dominated by integrated, monopolistic healthcare systems. Competition and innovation are stifled. Costs rise without let-up. Access and affordability to healthcare diminish faster than the politicians can apply new Band-Aids.

Just once — just friggin’ once — I’d like to hear from a politician who has a comprehensive plan for promoting price transparency, competition, and innovation with the goal of enhancing productivity and improving outcomes. But that’s probably too much to ask. This is Virginia — a state where the collective failure of imagination is complete, where citizens clamor for instant fixes, where the media has totally failed in its job as a watchdog, and where the political class sees every social and economic woe as an excuse to expand government power.

[…] James Bacon writes at The Bull Elephant that he doesn’t think Virginians should have health care if that means taxing the wealthy and regulating providers. […]