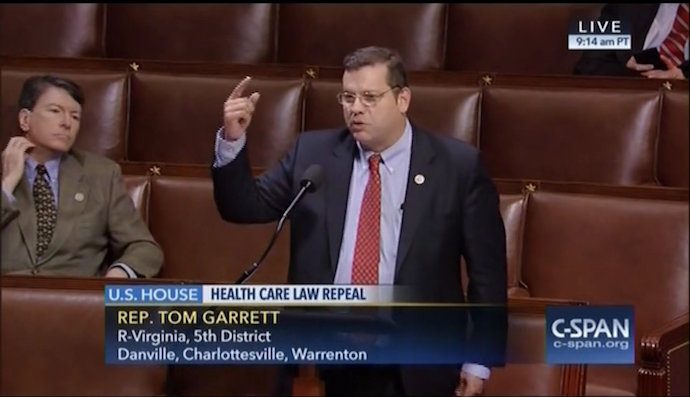 Obamacare repeal is underway, yet the problems that prompted the bill that we had to ‘pass so that we could find out what was in it’ remain. One cannot reasonably debate the effectiveness of Obamacare. To date, it is an unmitigated disaster. Bill Clinton called it “the craziest thing in the world,” lamenting that hard working Americans are the victims of this broken system. Minnesota Democrat Governor Mark Dayton said “the Affordable Care Act is no longer affordable.”  Premiums and deductibles have skyrocketed, hundreds of percent in some cases. Within months, localities such as Pinal County, Arizona, will have zero providers from which individuals can choose.

The problem is that Obamacare is worse than the problem it was meant to solve.  Individuals added to rolls through expanded Medicaid or federal subsidies drive up rates for those working class folks to whom the burden is shifted. New substandard care replaces old substandard care for the poor – the only difference is that those individuals now have ‘Obamacare.’  In reality, indigent care already existed, but the burden went to the overarching state and federal schemes, not to individuals who might have ‘liked their plans and wanted to keep them.’

Failure to repeal means more damage to the job market and to the working class who shoulder the Obamacare burden. But what then?

Did you know that there is federal antitrust protection for Major League Baseball?  With a finite talent pool and scarcity of resources and only a handful of markets with the size and scale necessary to support such an endeavor, it makes sense. It artificially limits competition to address the realities of markets and scarcity. Simple and understandable.

What if I told you that there was a federal antitrust exception for health insurance? Are health insurance needs remarkable and rare? Aren’t death and illness things that each of us will inevitably face? These fall into the realm of inevitability. So why restrict markets and have government-sanctioned oligopolies in health insurance?

If you couldn’t come up with a reason, you are in good company. That is why I am joining ranks with Georgia Congressman Austin Scott and Arizona Congressman Paul Gosar in calling for a repeal of the obscure and ridiculous McCarran-Ferguson Antitrust Act of 1945. This Act was a response to a Supreme Court decision addressing price gouging and monopolies, and allowed states the ability to regulate the industry which prevents real competition across state lines. It is the reason that even if you could shop for healthcare across state lines, it may not matter as many plans and HMOs wouldn’t provide service outside of the areas they were purchased.

While health insurance isn’t a good or service like sneakers or your evening dining out options, it is indeed a commodity. Instead of a ‘want,’ health insurance is a ‘need’, but the truth of free markets still applies. It is science. Supply and demand. Availability driving cost. Scarcity versus abundance. And this antitrust exception perpetuates scarcity, which any economist knows, drives up price. OK, then, the repeal of McCarran-Ferguson seems like common sense.

So why hasn’t it been done? I can think of one sad but logical reason. Money and special interests.  The donations and lobbying efforts of entities like Humana and Cigna, Kaiser and Wellpoint are massive. The benefits to them of artificially restricted markets are easy to understand. President Obama co-opted “Big Insurance” by promising increasingly larger portions of the pie. As a result, “Big Insurance” got behind Obamacare, and sent their money to Democrats.  Meanwhile our premiums and deductibles have skyrocketed, their bottom lines have remained stable and their market share has risen. This is a result of competition being forced out of a market rather than into it. It is the reason that today entire regions of our country face the reality of no choice in providers.

It is time that we turn our backs on lobbyists and on this ‘big insurance’ money, and do what is right.

Imagine insurance choices as candy held inside an artificially created federal piñata. Now imagine that aspiring insurance providers are children who want to get into the market, the candy, of providing healthcare options.  Break open that piñata, watch the would be providers scramble, watch rates drop, scarcity drop, and options will increase. Watch monopolies and oligopolies crumble.

Admittedly, this is not a solution to the entire healthcare problem. It is a huge step in the right direction. If you had not been aware of this ridiculous antitrust exception called McCarren-Ferguson, now you are.  A revolution starts with a but single clarion call, and word spreads one person at time.

Repealing is easy, the real challenges lie in how we address underlying problems. McCarren-Ferguson repeal is a great start. Join me in demanding this commonsense reform today.

You know as well as I do Senator, that with the healthcare/health insurance /drug company lobby with their oversized checkbooks being the ones who are really writing the “replacement ripoff”, that no anti-trust exemption is going anywhere. No real free market is going to infect big money either.

What needs to go is the checkbooks that the lobbyists run around DC with, purchasing politicians easier than a pack of cigarettes.

When one can walk into a doctors office and ask how much a doctors visit is, or read the price list somewhere, that is free market. Telling people who want to pay cash at he time of service, that they need to go to the “clinic” if they do not have insurance is BS.

The media raised holy hell a few years ago because two gays could not buy a birthday cake to get married with. Well, why is it that nobody is raising hell that I can’t walk into a doctors office and ask how much an office visit is, get a answer, and pay for it out of my pocket at the time of service?

Nothing is going to change except the lies. And, you failed to mention that healthcare cost increases were down substantially during Obama’s term vs. Bush 43”s disaster. According to Kaiser.

Tom, is there an active bill to remove the exemption?