We now have both witness and exhibit lists for the McDonnell trial. 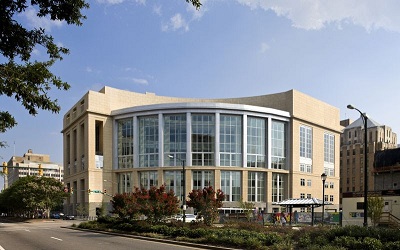 Both the prosecution and defense appear to have submitted exhibit lists indicating 615 exhibits per side.  If you want to know what is going to testified about happen at trial, start at prosecution exhibit 1 and read through to the end, then do the same on the defense side.

Thanks to the Richmond Times Dispatch we have the witness lists for the defense (121 witnesses) and the prosecution (61 witnesses).

There is overlap between the lists, and many witnesses are likely listed “just in case.”

Some unexpected names that stand out at first blush:

Some of Gov. McDonnell’s former counsel.

Due to the procedures put in place by Judge Spencer, filing of these lists was delayed until now.

It is obvious from these lists alone that an estimate of six weeks for this monstrosity is reasonable.  In the next couple of days we will find out if the jury is going to be sequestered for this entire trial, functionally suspending the lives of our fellow citizens.

McDonnell Trial to Include Testimony from Over 1000 Exhibits and 100 Witnesses was last modified: July 28th, 2014 by Paul A. Prados

*Groan* A nice Democrat aperitif for the coming Nov. election; while also being a handy cover-up and distraction for when McAwful soon unilaterally expands Medicaid. On top of this scandal being a BIG reason we lost last Nov. => THANKS A LOT, MCDONNELL!!

What question would you like to ask the former Governor?

Jim,
I would hate to speculate and compromise any crazy defense strategy, but of course there is more than recent former Democratic Governor who might be called.

But here’s a question since you asked:

How many Virginia Governors can you fit into a court room?

Look whether Republican or Democrat, if they did what McDonnell admits to, they should be prosecuted in my opinion. I doubt whether Warner did anything like McDonnell did. Why would he need to, he was already worth hundreds of millions of dollars? If Kaine did something like McDonnell, tell us about it, let’s get him prosecuted. People keep saying the Democrats did this and that but they never put up? Put up or shut up?

Jim,
Like I said I wouldn’t presume to speculate on the strategy or the questions. Interesting start for the trial, I don’t plan on following it much. You seem ready to provide coverage in the comment section here.