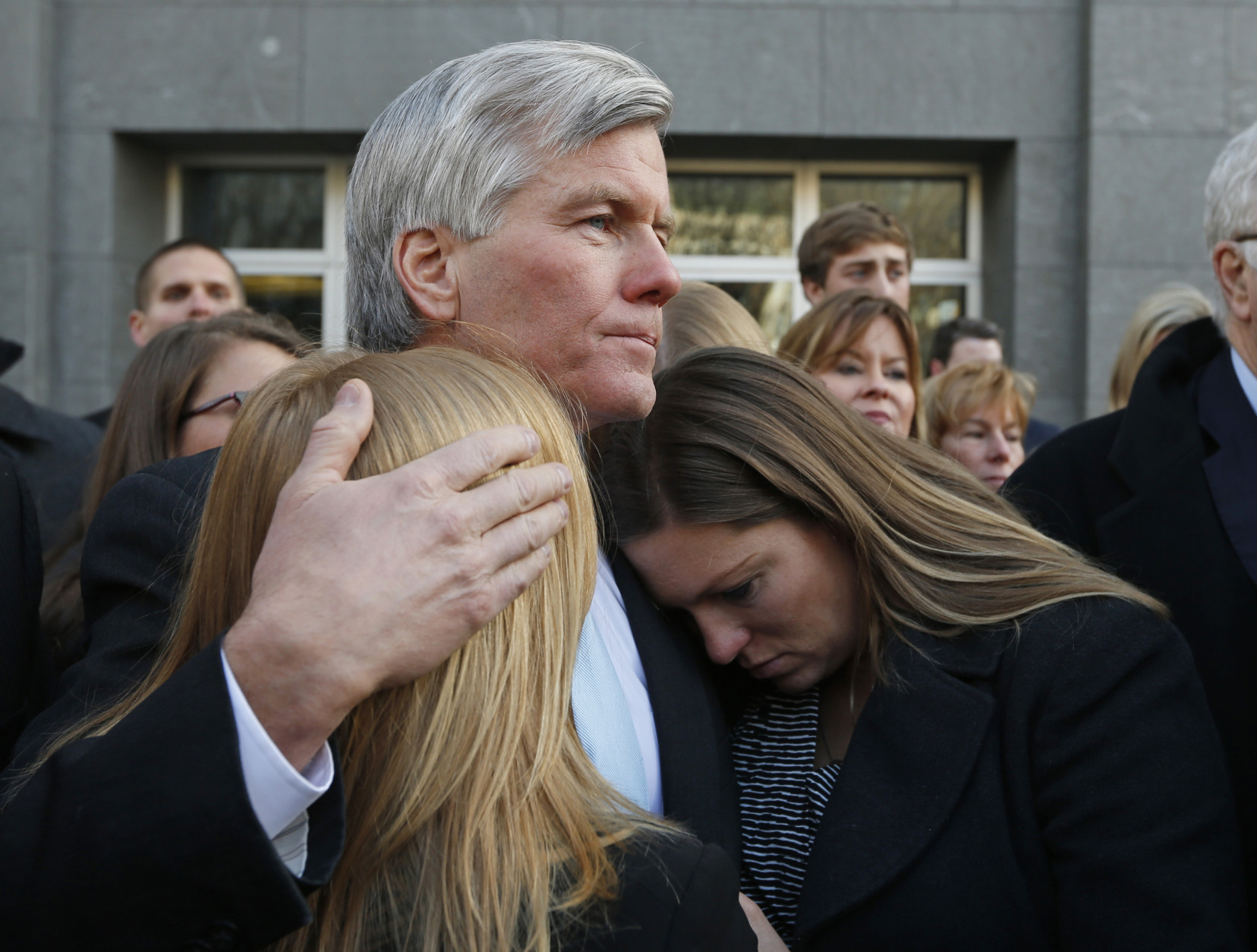 McDonnell Will Remain in Prison During Appeal

More bad news for Governor McDonnell.  US District Judge James Spencer has denied McDonnell’s request to stay out of prison while his case is under appeal. [read_more] McDonnell will begin his two year sentence on February 9th. The judge believes the government proved its case and McDonnell has no legal basis for appeal.

“McDonnell knew what (Jonnie) Williams was seeking,” Spencer writes. “McDonnell attempted to use his gubernatorial office to influence governmental decision in favor of Star Scientific.”

“McDonnell assuredly did more than provide meer access to Williams – he performed ‘official acts’ as that term is defined under federal bribery laws…..This is not a ‘close question’ that justifies release pending appeal,” according to the judge’s order.

McDonnell Will Remain in Prison During Appeal was last modified: January 13th, 2015 by Jeanine Martin

Bob McDonnell was not an ax murderer, but he DID misuse his elected office and his power to further his fortune. Bob’s legal defense – with his ok – threw his wife under the bus; blaming her as the chief cause. How un-chivalrous of Bob. Like he never knew what she was doing, even after 25 years of marriage. However HE was the elected official who betrayed the public trust – not she.

And unfortunately so many around him were afraid to say, “the emperor has no clothes” or in their case ask, “where are they getting all that money and those gifts from?”

This is the end of a sad saga. McDonnell started out with his unholy gas tax, which is the LARGEST tax increase in Virginia’s history. And he ends it in prison for corruption. Fini.

You are spot on I might only add that more then a few of his former followers who are still bemoaning his “victimhood” at the hands of a vindictive DOJ and court system can’t seem to internalize the lesson that ethical conduct is the lynchpin of representative governance and being a “good” guy is simply not enough.

Seems I can’t say anything Conservative in a Republican Blog without being condemned anymore, so………

Frankly I would not let it concern me, express your opinions.

Thanks for the kind words!

Did Bob McDonnell leave the citizens of VA with a budget surplus after his term? Do Governors who spend more funds than they’ve been appropriated for their terms fail to exercise proper control over state funds? Which recent Governors have done this ?

Should Bob McDonnell be rewarded for his service to Virginia?

Would it be LEGAL for every Virginian who thinks that Bob McDonnell deserves a reward for his service to send him a $10 bill, not as a political contribution, but as a personal gift ? How large an aggregate gift can and would Virginians raise for Bob McDonnell (if it were LEGAL to give him a gift for whatever good he may have done?)

Where can I send my $10 bill for this purpose ? AND what laws is it possible for Judge Spencer to break, if he doesn’t pay attention?

https://lintvwavy.files.wordpress.com/2015/01/motion-for-bond.pdf Judge Spencer correctly spells the word “mere”. why do you misquote him?

I copied it from the news article. Feel free to contact them with your complaints.